SpaceX’s Falcon 9 and its Crew Dragon capsule launched the Commercial Crew Program into space on Saturday.

The launch comes after scrubbing the first planned launch on Wednesday due to poor weather conditions.

Astronauts Bob Behnken and Doug Hurley took off from Kennedy Space Center in Cape Canaveral, Fla.  Saturday afternoon, averting any additional foreseen weather or technical problems that could have scrubbed their trip into orbit. The crew is en route for the International Space Station. (RELATED: Elon Musk’s SpaceX Beats Out Boeing In Race To Help Trump Complete Another Goal: Privatizing Space Flight)

The Air Force’s 45th Weather Squadron was tasked with supporting meteorological analysis, which the launch director gave the all-clear on leading up to liftoff, according to the Washington Post.

Mission Demo-2 is a private-public partnership designed to renew American-manned spaceflight after a decade long hiatus, taking reliance off of other countries like Russia to get Americans into space, according to the Post.

Crew Dragon has separated from Falcon 9’s second stage and is on its way to the International Space Station with @Astro_Behnken and @AstroDoug! Autonomous docking at the @Space_Station will occur at ~10:30 a.m. EDT tomorrow, May 31 pic.twitter.com/bSZ6yZP2bD

Elon Musk’s SpaceX beat out Boeing in this endeavor, reportedly sparking some unrest among executives within the company.

“People are annoyed by Elon — how does this guy who smokes pot beat us?” a Boeing official reportedly said. “We have a lot of humble pie to eat here.”

President Trump and Vice President Pence were both present witnessing the launch in-person, according to the Post. 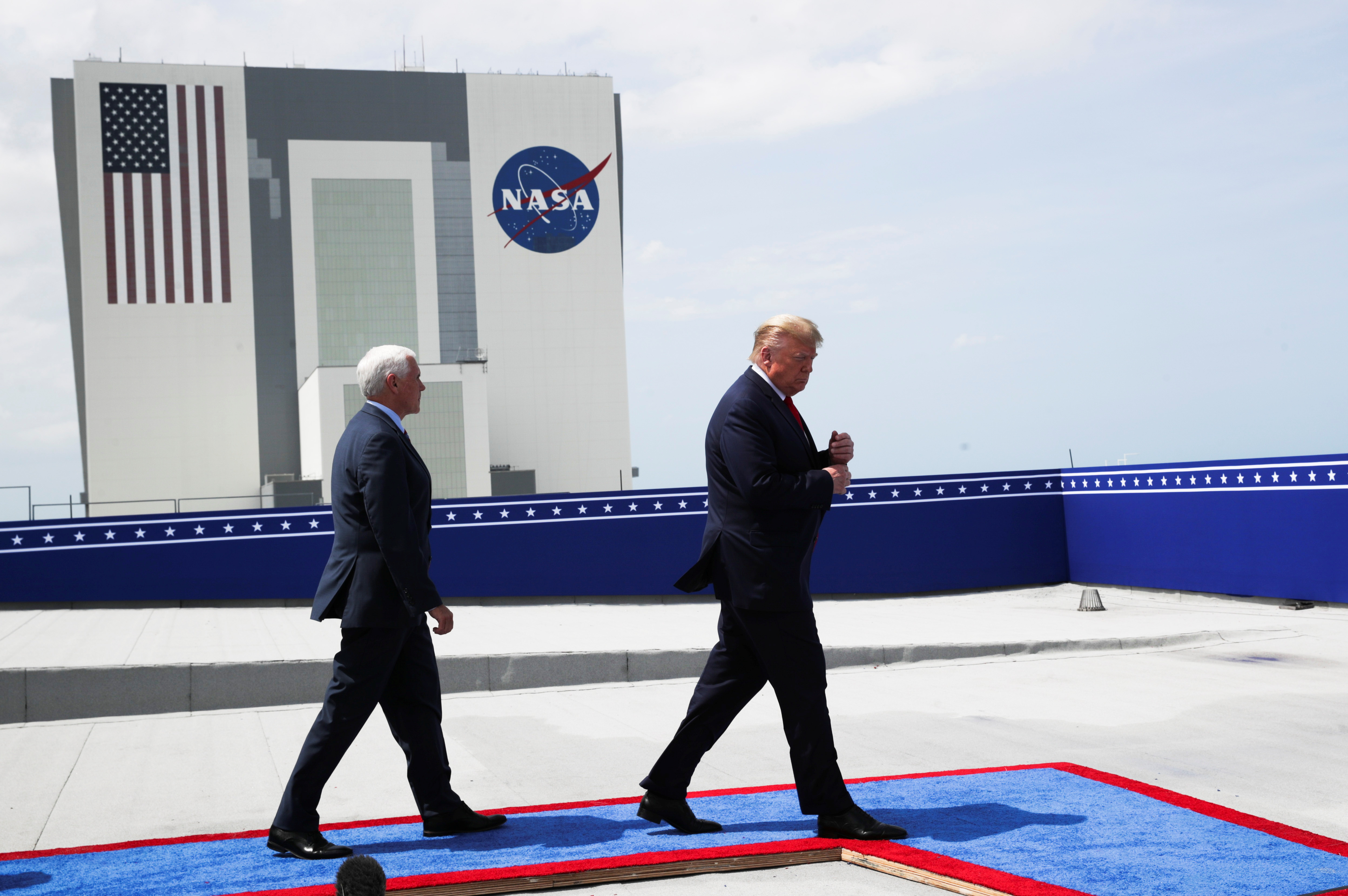 The successful launch will help Trump satisfy a goal of making it into space without being forced to unload government funds for the endeavor.