Russia is looking to expand its military bases in Syria, a move which could heighten existing tensions with U.S. troops stationed in the country.

Russian President Vladimir Putin ordered his Defense and Foreign Affairs ministries to begin negotiations with Syrian President Bashar Assad’s government Friday. He is looking to obtain additional facilities and real estate on land and at sea in Syria for the Russian military, reported the Anadolu Agency.

At the same time, Russia is building a new military base in Al-Hasakah province in northeast Syria, where the U.S. also maintains a military presence, as reported by the Al-Monitor. The province, which is controlled by U.S.-backed Kurdish groups, has emerged in recent months as the site of numerous confrontations between U.S. and Russian troops. 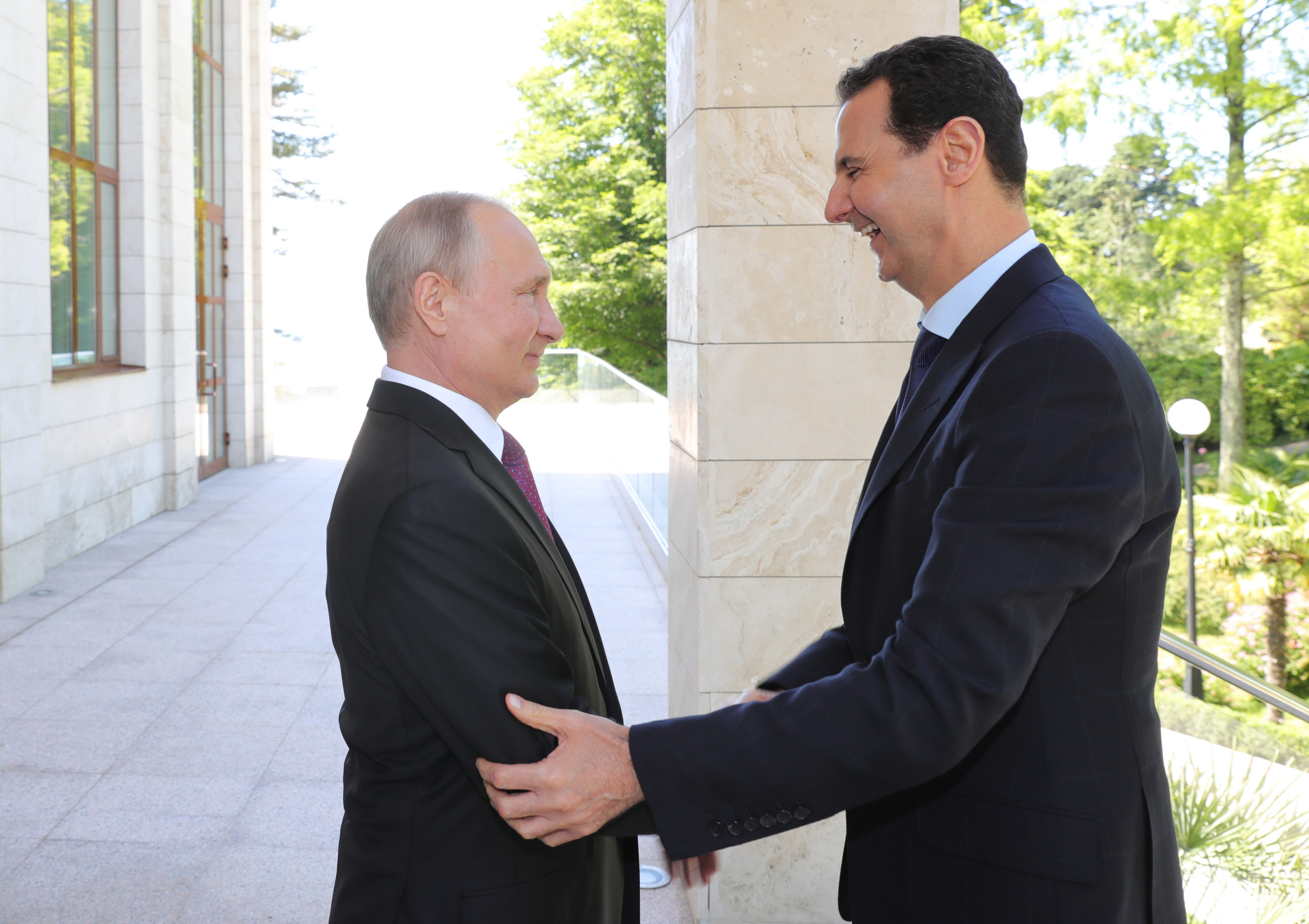 Russia’s military expansion in Syria comes at a time when forces loyal to Assad have retaken most of the country from opposition groups seeking to overthrow him. Moscow has been one of Assad’s closest patrons, intervening with military force on his behalf in the Syrian Civil War in 2015 and consistently providing him with political cover at the United Nations.

Russia currently has two permanent military bases in Syria: the Tartus naval base on the Mediterranean and the Khmeimim Air Base air base in Western Syria. Both facilities have served as focal points for Russia’s military operation in the country.

Last November, Russia established a new helicopter base at an airport in the northeastern Syrian city of Qamishli, according to Reuters. The city had previously been controlled by U.S. forces but was abandoned last October following a Turkish military incursion into northeastern Syria.

Women stand near burning tires during a protest against the agreement on joint Russian and Turkish patrols, at M4 highway in Idlib province, Syria, March 15, 2020. (Credit: REUTERS/Khalil Ashawi)

Moscow’s latest expansion plans would strengthen the Russian military presence in northeastern Syria, where the U.S. still has several hundred troops stationed. The U.S. is also reportedly setting up a new military base in the area, as reported by VOA News.

Over the past several years, there have been numerous confrontations between U.S. and Russian troops in Syria. In February 2018, U.S. and allied Syrian Kurdish troops stationed at an oil field in eastern Syria repelled an offensive by pro-Assad forces and Russian paramilitary fighters, according to the New York Times.

Tensions between the two countries rose after the Trump administration announced last October that the U.S. would deploy a contingent of 500-600 troops to guard the oil fields in eastern Syria.

Russia, which is positioning itself to be the leading foreign player in Syria’s oil industry, reportedly protested the move as “international state banditry” and accused the U.S. of participating in oil smuggling. (RELATED: Trump Administration Pulls Out Of Open Skies Treaty, Says Russia Violated Agreement)

During January and February of this year, U.S. and Russian forces faced off nearly a dozen times in Syria, according to the Al-Monitor. A majority of incidents reportedly involved U.S. troops blocking Russian military convoys attempting to reach oil fields in northeastern and eastern Syria.

Although the coronavirus pandemic put the temporary hold on tensions, Al Masdar News reported that confrontations resumed in May.

During a video call with the Hudson Institute in May as reported by Newsweek, U.S. Special Representative for Syria James Jeffery dismissed concerns that U.S. forces could become entangled in the Syrian Civil War, arguing that American presence in the country was necessary to put pressure on Russia.