A libertarian who unsuccessfully ran for president thinks he’s found a novel way to pressure the Democratic Party and former New York City Mayor Michael Bloomberg into nixing a massive donation that Bloomberg made to the party in April, the Daily Caller News Foundation has learned.

Shaun McCutcheon, a libertarian who filed to run for president on May 7, filed an advisory opinion request with the Federal Election Commission on Monday asking the agency if he can bypass individual contribution limits by transferring $50,000 that he contributed to his campaign committee directly to the Libertarian National Committee.

His move is in part designed to force the FEC to declare such a move illegal, and thus prompt Bloomberg to roll back his donation.

Individuals can donate a maximum of $35,500 each year to national party committees such as the Democratic National Committee, according to the FEC.

Bloomberg, who according to FEC records pumped $1.07 billion of his own wealth into his presidential campaign, put this loophole to the test in March by donating $18 million in leftover funds from his campaign to the DNC.

Bloomberg had previously promised to create an independent expenditure campaign ahead of the election that would have kept staff employed throughout November 2019. Many of his former employees must find other forms of work during a pandemic, which resulted in a sudden spike in unemployment numbers.

McCutcheon’s “position is if Bloomberg broke the law, then Shaun should be allowed to do the same thing. If not, then it completely destroys the entire concept of contribution limits, because then anybody could start a campaign, dump all their money in, and transfer it to the parties,” Dan Backer, a Washington, D.C., lawyer who specializes in campaign finance, told the DCNF.

If the DNC and Bloomberg roll back the deal, then it could seriously impact the Democratic Party’s 2020 efforts.

“The other outcome is that the FEC says that the thing Bloomberg did is illegal. Bloomberg can buy his party cheap, but not the election. To put this in perspective. Having $18 million cash on hand is the equivalent of raising $100 million. It is a massive, massive windfall,” he told the DCNF. 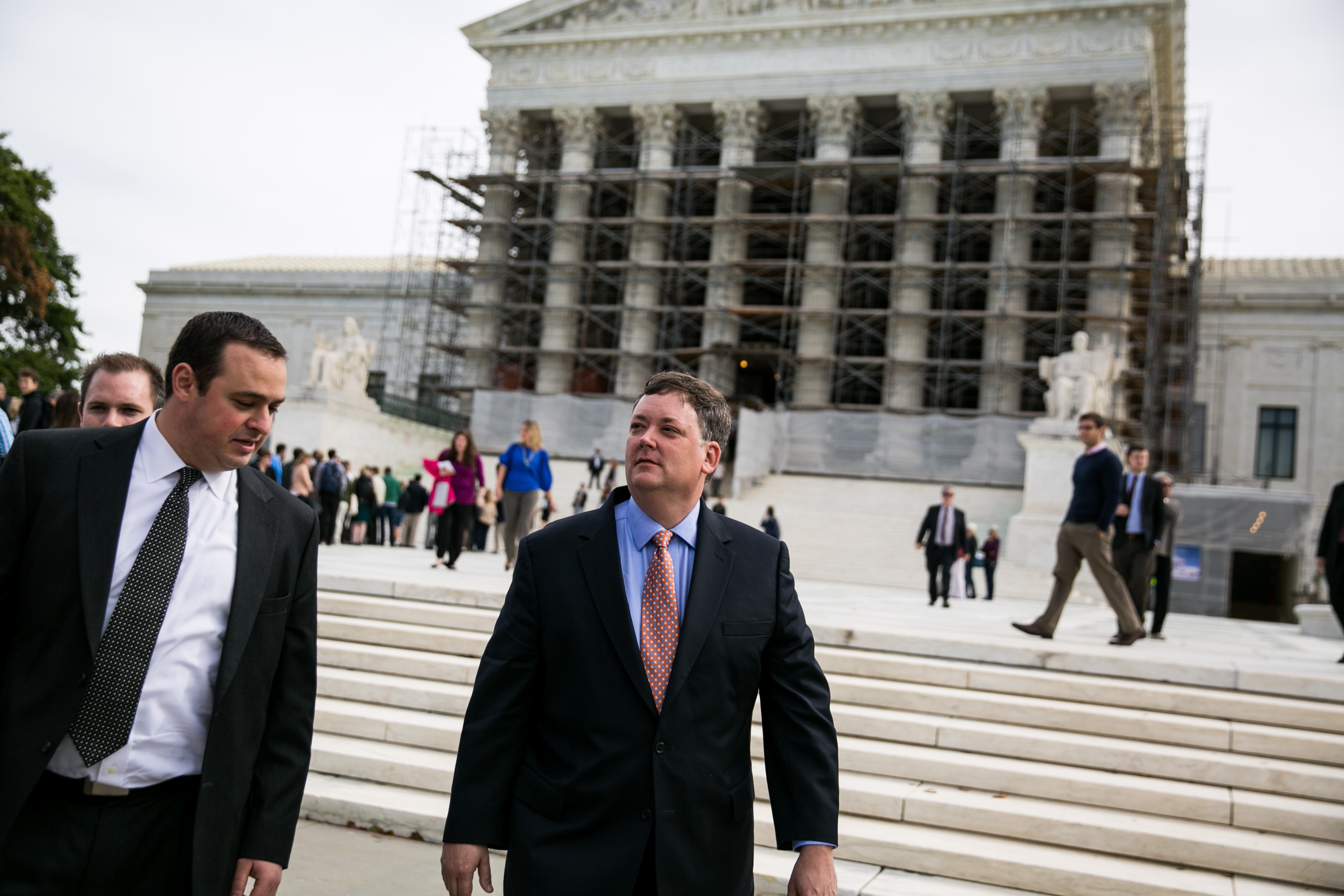 Former FEC Commissioner Brad Smith said he wasn’t sure how the commission would respond to McCutcheon’s request.

“The statute is pretty clear that such transfers are allowed,” Smith told the DCNF. “Note that it’s right in the statute — this is not a creation of FEC regulation, but of Congress.”

Smith added that if the FEC does acknowledge the legality of such transfers, “we may see more of it — now that the tactic has been demonstrated, we should expect that others will probably use it.”

Another former FEC commissioner, Hans von Spakovsky, told the DCNF that the loophole leveraged by Bloomberg to pump $18 million into the DNC is a “potentially dangerous development,” but echoed Smith saying he wasn’t sure how the FEC would rule.

“The candidate giving all this money to his campaign and then him directing the campaign to give all that money to the party and he’s got the sole decision-making authority to do that. To me, that does not sound legitimate,” Spakovsky said.

“Whether the commission will vote that way? I have no idea,” Spakovsky said, noting that the FEC’s two Republican commissioners, one Democratic commissioner and one independent commissioner would all have to agree that such transfers would be a violation of the law.

“If they can’t get the four votes to decide what to tell them back on the advisory opinion request, in essence, no answer is given,” Skakovsky said.

The FEC cannot disclose information regarding any complaints until the matter is closed, agency communications representative Myles Martin told the DCNF, noting that McCutcheon’s request is not yet in the agency’s Advisory Opinion Request (AOR) registry. The FEC lacked a quorum for months until May when the Senate confirmed Trey Trainor, a Texas election attorney.

Bloomberg has not responded to the DCNF’s request for comment.

McCutcheon, for his part, played a crucial role in a 2014 United States Supreme Court case in which the court determined that overall individual contribution limits of $48,600 every two years for donations to all federal candidates violates the First Amendment to the U.S. Constitution.

McCutcheon, an Alabama businessman, filed the case alongside the Republican National Committee.