The National Guard will not punish soldiers who took a knee amid protests following the death of George Floyd, a military website reported Monday.

Soldiers and airmen are not allowed to participate in a protest while in uniform, the secretary of the Army has said according to Military.com. Despite this rule, America has seen numerous members kneeling in an effort to show unity with those protesting.

Army Secretary Ryan McCarthy told reporters that the issues are complex and that soldiers are “Americans,” Military.com reported. He added that the National Guard will remind members that they should stay out of protests, but will not punish those who have not. 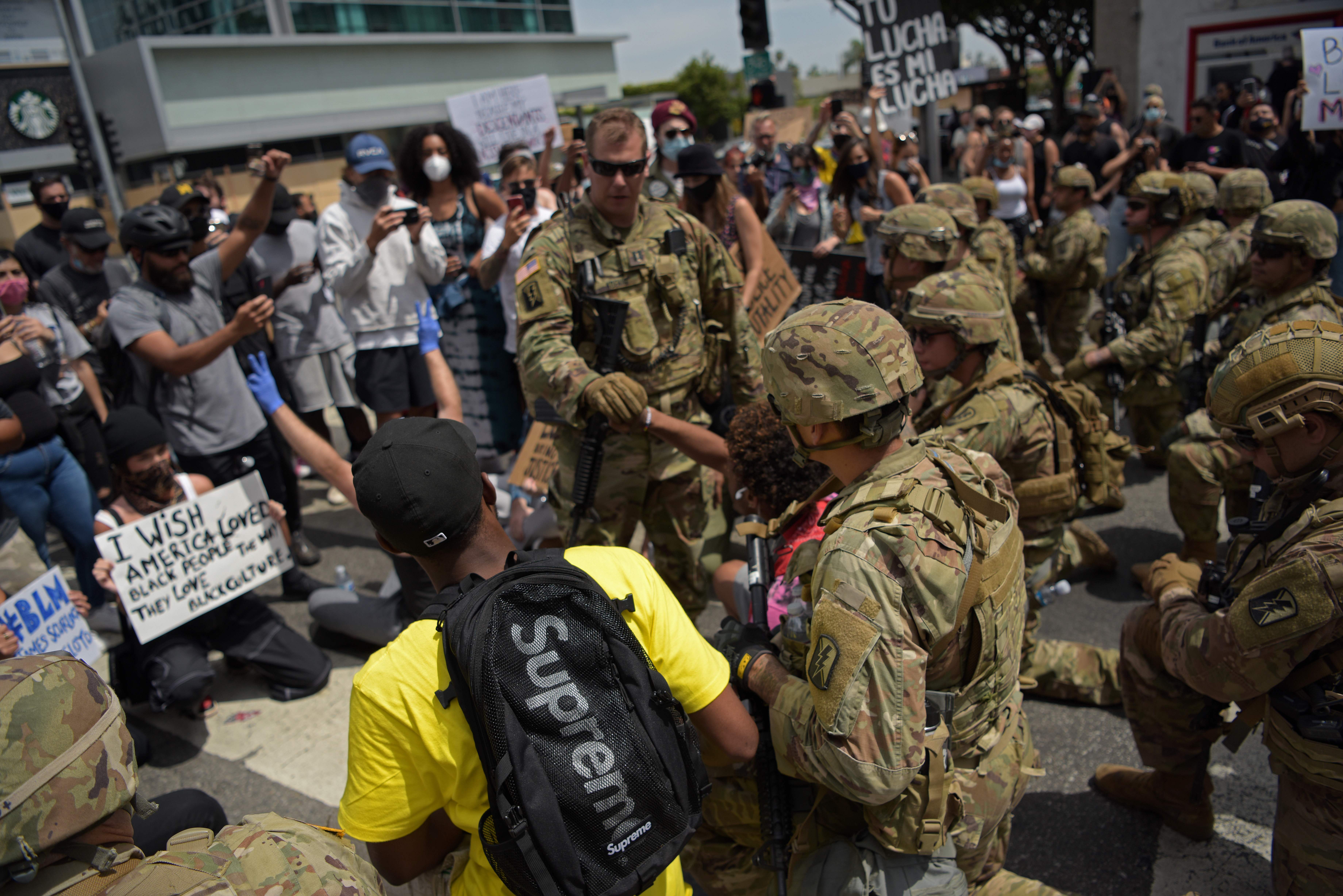 Protesters and members of the Army National Guard kneel together during a demonstration over the death of George Floyd in Los Angeles on June 2, 2020. (AGUSTIN PAULLIER/AFP via Getty Images)

National Guard members have been seen kneeling in Minnesota and California. One member in Washington, D.C. was heard whispering along to an “I’m black and I’m proud” chant in video footage captured by Fox News. (RELATED: Capitol Police Officers Take A Knee In Front Of Protesters, Are Met With Loud Applause)

“We’re not allowed really to protest in uniform, but you see the emotions in the country,” McCarthy said according to Military.com. “In many cases, protesters are hugging soldiers. … It’s a very complex and difficult time. We are a reflection of the country. We’re Americans.”

Soldiers have felt emotions just as protesters have, according to Maj. Gen. William Walker, commander of the D.C. Guard. Walker told reporters that “the nation is hurting,” Military.com reported.

“We’re all hurting; the nation is hurting,” according to Walker. “You know, I have some Guardsmen whose family members came out and criticized them. ‘What are you doing out here? Aren’t you black?”