The State Department is leveling new allegations against fired Inspector General Steve Linick, accusing him of violating the terms of his administrative leave and previously violating the chain of command to absolve himself and his office of leaking sensitive information, two letters obtained by Daily Caller show.

Undersecretary of State Brian Bulatao is additionally urging the Council of the Inspectors General on Integrity and Efficiency (CIGIE) to open a new investigation into Linick’s alleged actions.

President Donald Trump fired Linick on the advice of Secretary of State Mike Pompeo in March, after which he was placed on administrative leave. (RELATED: Trump Fires State IG Who Was Investigated For Mishandling Information) 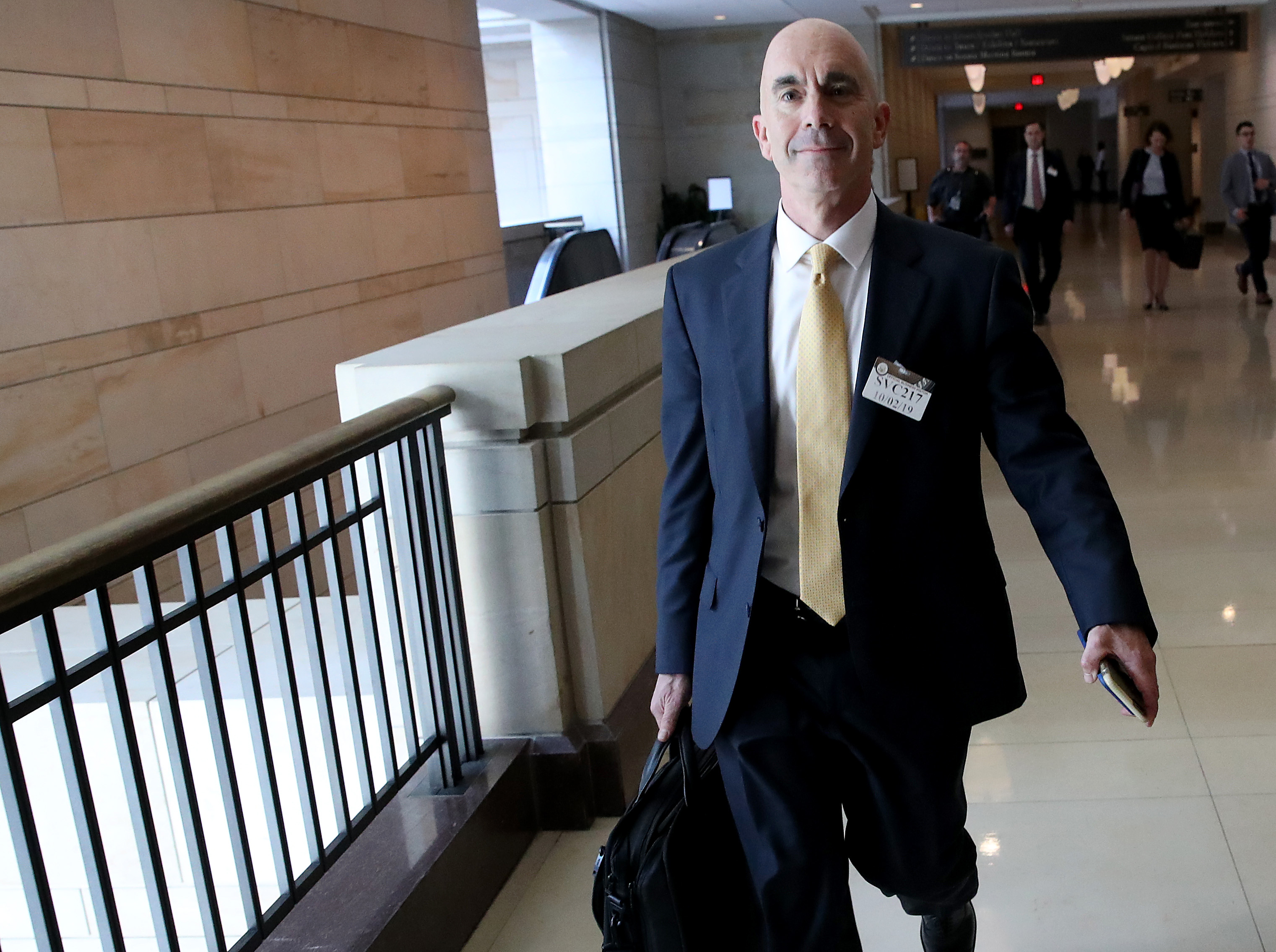 CIGIE serves as the government’s independent auditor of the various inspector general offices. Grassley in particular had previously demanded an explanation from the Trump White House on Linick’s firing, and he pledged to block key administration nominations from proceeding until he received one.

The letter sent to Linick’s legal team claims he solicited Deputy Homeland Security Inspector General Diana Shaw to obtain and hand over a copy of a Defense Department Inspector General Report ahead of his June testimony before Congress. The terms of his administrative leave prevented him from contacting any Office of Inspector General employees.

“Without informing her own chain of command, we understand that Ms. Shaw then contacted the DOD Office of Inspector General to request a copy of the report on Mr. Linick’s behalf,” Bulatao wrote. “His apparent urgency is all the more unusual given that Mr. Linick had repeatedly refused to share the DOD IG report with anyone in the State Department itself.”

Bulatao-Linick by Christian on Scribd

The second letter illustrates that the report Linick obtained through Shaw was a review conducted by then-Acting DoD Inspector General Glenn Fine into potential leaks of a draft IG report from within Linick’s own office to The Daily Beast for a fall 2019 article titled, “State IG Set to Recommend Discipline for Trump’s Top Iran Hand.”

Bulatao wrote that though he and State Department leadership had specifically agreed he request CIGIE carry out the aforementioned investigation, he instead asked Fine to carry it out in a “limited” capacity. Additionally, Bulatao calls Linick’s deferral to Fine a “potential conflict of interest” as Fine “appears to have been a fact witness” to subject material described in the investigation. The report itself notes that Linick discussed the topic with Fine ahead of the leaks to Daily Beast.

Though Linick briefed State Department leadership on the report’s findings, he did not submit the full written report nor a summary, despite continued requests from his immediate superiors at State. In fact, State Department leadership did not even receive a written copy of the report until June 2, 2020 as a result of a congressional inquiry from Engel, who is leading House Democrats’ probe into Trump’s firings of multiple inspectors general in recent months.

Bulatao noted that had Linick made “an appropriate referral to CIGIE,” it “would have produced a final report that Department leadership could review and assess whether there may have been inappropriate conduct in Mr. Linick’s office.”

CIGIELetter_June82020 by Christian on Scribd

First, he sent a password-protected draft of his original 2019 report to his personal email 8 times in the days leading up to The Daily Beast’s article. Second, he opened a “parallel investigation” into other State Department officials regarding the “same misconduct” his own office was being investigated for, creating “both a real and apparent conflict of interest.”

Third, Bulatao claimed that a “pattern” of leaks on the subject have continued, citing a report from CNN titled, “Fired State Department inspector general was cleared in leak inquiry prior to his removal, sources say,” that was published prior to State’s receipt of the DoD IG report on Linick’s office.

“Even though no one at the State Department other than Mr. Linick had a copy of the DOD Inspector General’s report,” he wrote, “CNN ran a story on May 28, 2020 that the DOD IG report had exonerated Mr. Linick of leaking.”

Multiple news reports suggested that Pompeo petitioned Trump for Linick’s firing in order to kill investigations into his behavior as Secretary of State. Linick testified on his firing and investigations into Pompeo during a closed door Congressional hearing on June 2, 2020, during which he accused Bulatao of repeatedly trying to “bully” him.