The Trump administration sued John Bolton Tuesday to delay the release of the former national security adviser’s forthcoming tell-all book about his stint in the Trump White House.

Justice Department lawyers asserted in the complaint that Bolton’s book, “The Room Where It Happened: A White House Memoir,” is “rife” with classified information.

“This is a civil action by the United States to prevent Defendant John R. Bolton, a former National Security Advisor, from compromising national security by publishing a book containing classified information,” government lawyers said in a complaint filed in federal court in Washington, D.C.

Bolton is reportedly set to accuse President Trump of a series of “Ukraine-like transgressions” while in office.

The book is scheduled for release on June 23.

Bolton left the White House in September 2019, just as Trump was coming under fire over his contacts with Ukrainian President Volodymyr Zelensky regarding Joe and Hunter Biden. (RELATED: Trump Signals John Bolton Will Have Legal Problems If He Publishes New Book)

The House of Representatives impeached Trump in December 2019 on charges that he abused his office by pressuring Zelensky to investigate whether former Vice President Joe Biden intervened to help a Ukrainian energy company that had his son, Hunter, as a board member. 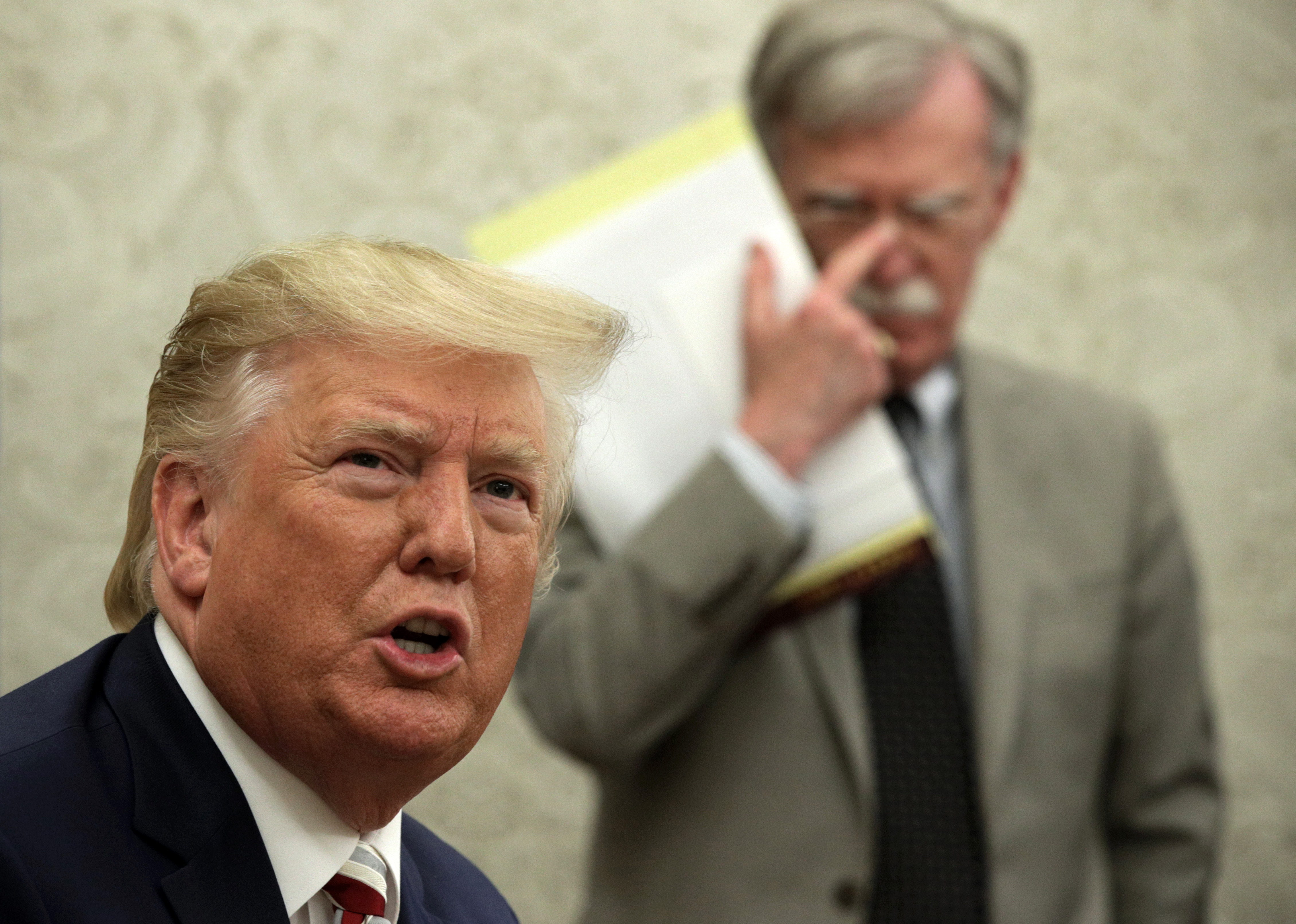 U.S. President Donald Trump speaks to members of the media as National Security Adviser John Bolton listens during a meeting with President of Romania Klaus Iohannis in the Oval Office of the White House August 20, 2019 in Washington, DC. (Photo by Alex Wong/Getty Images)

Bolton declined to testify voluntarily at Trump’s impeachment trial and was never subpoenaed to appear before the Senate. He has come under criticism for avoiding Senate testimony while working on a memoir he has claimed will contain explosive information about his former boss.

The government lawyers asserted in their complaint Tuesday that they are not trying to prevent Bolton’s book from being published. Instead, they claim they want the Bolton to finish the pre-publication review process to determine whether the book contains classified information.

“The United States is not seeking to censor any legitimate aspect of Defendant’s manuscript; it merely seeks an order requiring Defendant to complete the prepublication review process and to take all steps necessary to ensure that only a manuscript that has been officially authorized through that process—and is thus free of classified information—is disseminated publicly,” the government said in its complaint.

Bolton’s publisher, Simon & Schuster, called the lawsuit “nothing more than the latest in a long running series of efforts by the administration to quash publication of a book it deems unflattering to the president.”

The Justice Department indicated that if Bolton’s book is published before the classification review is complete, the government will try to commandeer any “profits obtained from the disclosure or dissemination of The Room Where it Happened.”