There is a disparity between how Americans view policing countrywide and how they view policing in their own communities, a national poll found.

Seventy-seven percent of respondents said they approved of how their local police did their job, according to the Quinnipiac poll released Wednesday. Debate over police reform has been heating up in the wake of the death of George Floyd, who died in Minneapolis police custody May 25 after an officer knelt on his neck, video showed. Floyd’s death has been the catalyst for protests and riots across the country.

In contrast, 49% of respondents approved of the way police are doing their jobs in the United States as a whole.

“Voters give higher marks to police in their own communities,” according to Quinnipiac’s introductory comments. (RELATED: Debate Rages On Police Reform, Role Of Police Unions In Wake Of Floyd’s Death)

Both figures, approval of local police and approval of police nationally, represent significant changes since the last time Quinnipiac surveyed Americans on these topics. Eighty-four percent of respondents said they approved of their community’s police in October 2016. Meanwhile, 65% of respondents approved of how police do their jobs in the United States in April 2018. 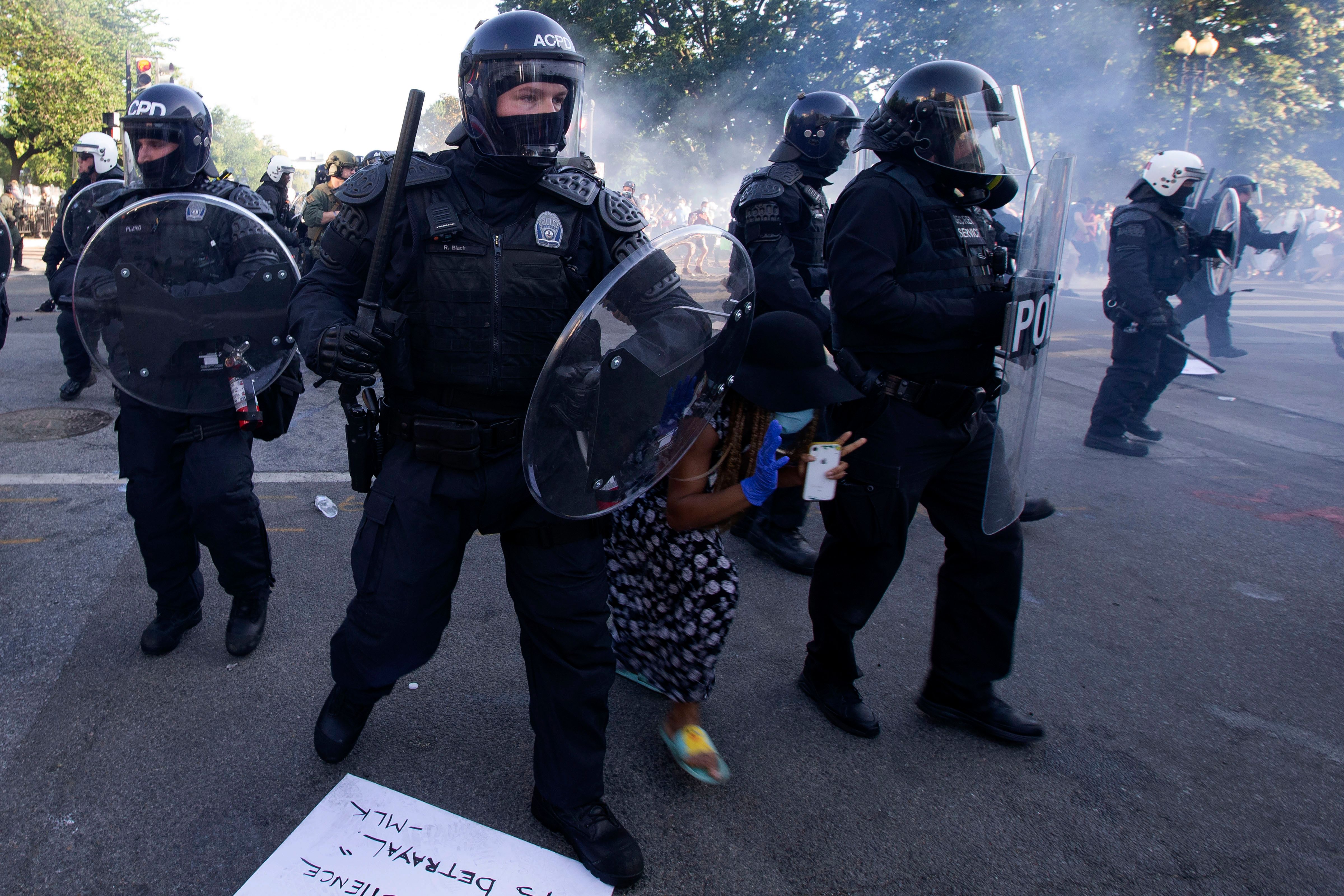 A demonstrator try to pass between a police line wearing riot gear as they push back demonstrators outside of the White House, June 1, 2020 in Washington D.C., during a protest over the death of George Floyd. (Photo: Jose Luis Magana/AFP via Getty Images)

Democrats proposed legislation that would ban chokeholds and create a national registry of police officers on June 8. Republicans responded with a bill of their own that calls for more police body camera funding, among other provisions Wednesday.

The Quinnipiac poll also showed disparities in the way white and black respondents view policing, both nationwide and locally.

The Quinnipiac poll surveyed 1,332 Americans between June 11 and June 15. The poll’s margin of error was +/-2.7 percentage points.