According to an Axios report Wednesday based on three anonymous White House sources, President Donald Trump has expressed regret over listening to Jared Kushner’s policy advice on criminal justice reform.

Trump wants “No more of Jared’s woke s***,” one anonymous source told Axios. Another source reportedly claims Trump now believes that listening to son-in-law Kushner has hurt the president’s support with his conservative base. 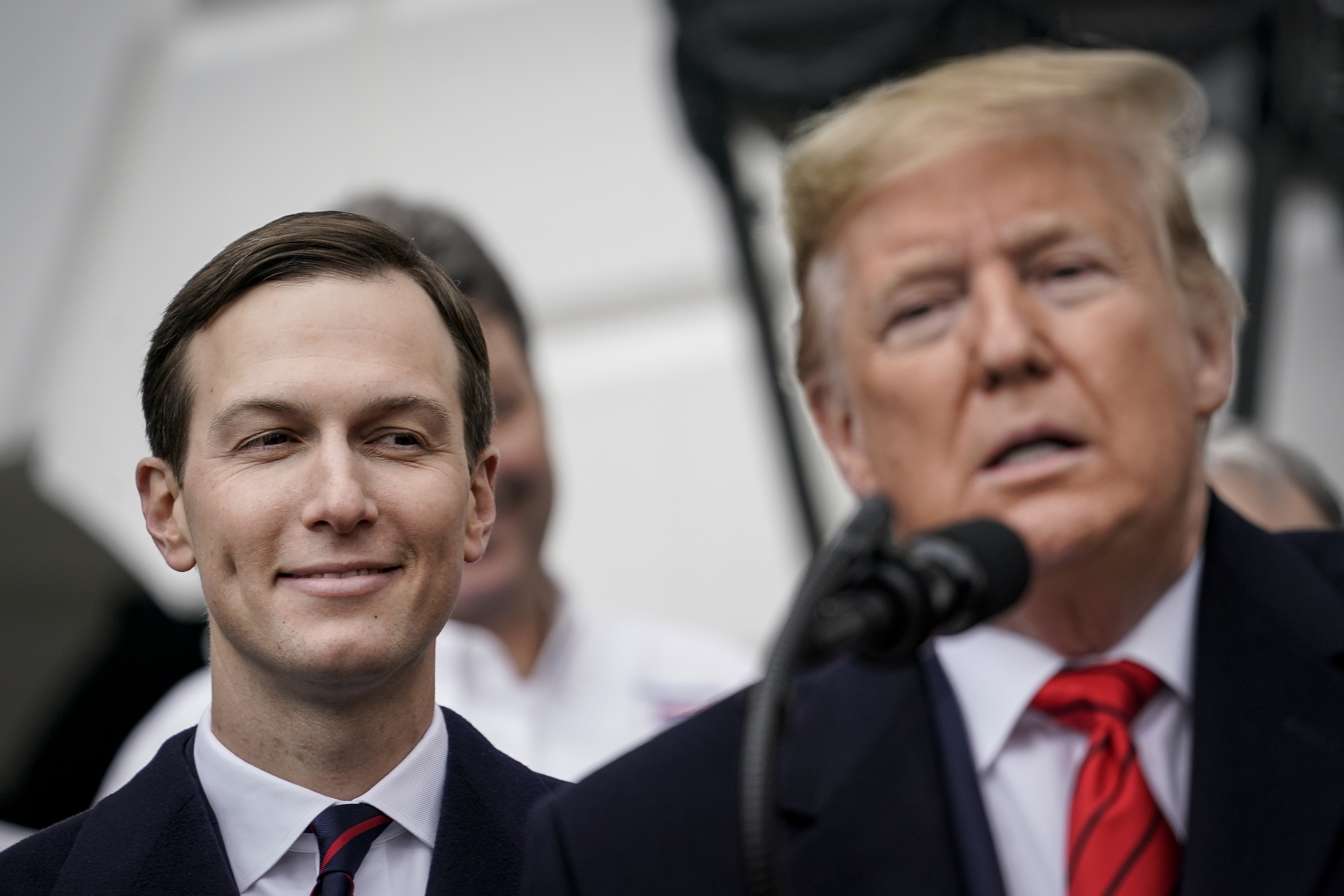 Senior Advisor Jared Kushner looks on as U.S. President Donald Trump speaks before signing the United States-Mexico-Canada Trade Agreement (USMCA) during a ceremony on the South Lawn of the White House on Jan. 29, 2020 in Washington, D.C. (Photo by Drew Angerer/Getty Images)

If accurate, the statements might suggest Trump’s unwillingness to proceed with further police reform after he issued an executive order in June that addressed police training standards. (RELATED: White House ‘100 Percent’ Denies Claim That Trump Is Waiting For Jared Kushner Sign Off To Declare Coronavirus Emergency)

Trump has previously voiced his desire to oppose efforts to abolish or defund local police forces and has said Americans who vote for him in November will be supporting more funding for law enforcement.

Fox News host Tucker Carlson has been increasingly critical of Trump’s apparent reluctance to face down the rioters destroying property and toppling statues, recently citing Kushner’s support for the “reckless” prison reform bill as one example of the president taking the wrong advice.

“He often derides Kushner as a liberal,” Carlson said. “And that’s correct, Kushner is. But Kushner has convinced the president that throwing open the prisons is the key to winning African American votes in the fall and that those votes are essential to his reelection.” (RELATED: Tucker Carlson: Democrats Are Rebounding Because ‘Republicans Ran Away’ From Riots And Violence)

The Axios article claims that Trump was only following Kushner’s lead when he portrayed criminal justice reform as a necessary response to social ills. But he is still confident of a presidential win, reports Axios.

“He truly believes there is a silent majority out there that’s going to come out in droves in November,” Axios claimed a source “who’s talked to the president in recent days” had told them.

White House press secretary Kayleigh McEnany said in a statement to Axios, “President Trump is very proud of the historic work that he’s done to benefit all communities. The First Step Act made historic strides toward rectifying racial disparities in sentencing while his executive order to secure America’s streets works with our nation’s heroic police officers to ensure we have safe policing and safe communities.”