A majority of Seattle’s city council backs a plan put forth by advocates that would defund the police department by 50%.

Three council members added their support to the proposal Thursday, meaning that seven of the nine now back the idea, according to the Seattle Times. This comes after Democratic Mayor Jenny Durkan pointed out that Seattle’s “Capitol Hill Autonomous Zone” caused “a staggering 525 percent spike in crime as a result of the violence that swept through,” the NY Post previously reported.

Council members Lisa Herbold, Dan Strauss, Andrew Lewis, Tammy Morales, Kshama Sawant, Teresa Mosqueda and M. Lorena Gonzalez are on board with the advocates’ push to defund the police department. They have promised to move quickly, although Durkan has requested the council members slow down, the Seattle Times reported.

The proposal was set up by Decriminalize Seattle and King County Equity Now, according to the Seattle Times. A Wednesday presentation indicated the two new groups want the department’s 2021 budget reduce by 50%. The proposal also demands a 50% cut for the police department’s remaining budget in 2020. 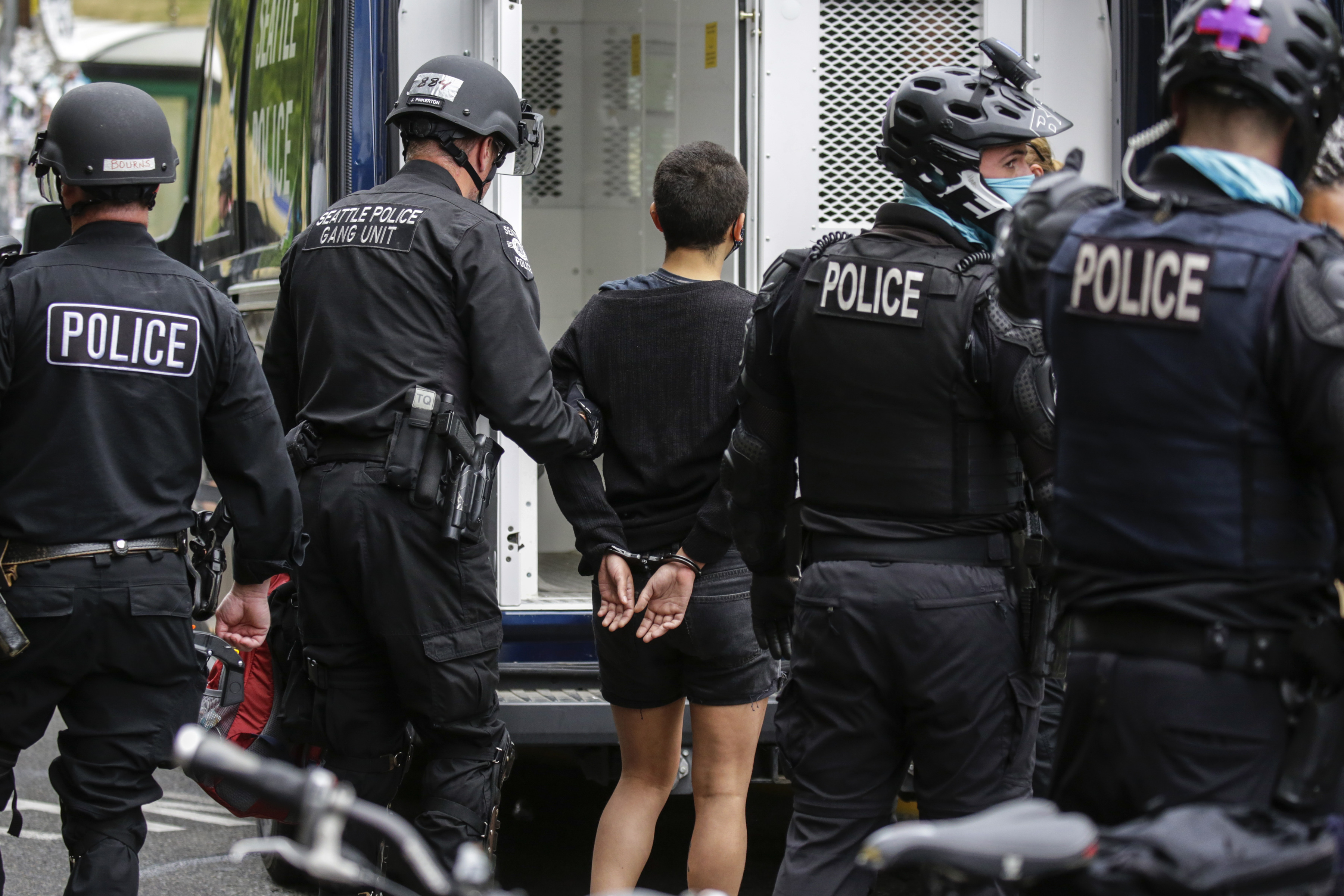 Seattle Police arrest a woman after demonstrators blocked the intersection of East Pine Street and 11th Avenue following the clearing of the Capitol Hill Occupied Protest (CHOP) by police in Seattle, Washington on July 1, 2020. (JASON REDMOND/AFP via Getty Images)

The plan includes a “four point proposal” to aid in defunding the police, according to the Seattle Times. The four points are: Move the city’s 911 dispatchers away from police control, expand community-based public safety solutions, pay for a process to “imagine life beyond policing,” which would be led by community members and invest in affordable housing structures.

“To be clear, I am 100% in favor of the (Decriminalize Seattle) demands, including the goal of a 50% cut of SPD’s budget,” Lewis tweeted. (RELATED: 15 People Died In The Protests And Riots Following George Floyd’s Death. Here’s Who They Are)

2/ To be clear, I am 100% in favor of the @DecrimSeattle demands, including the goal of a 50% cut of SPD’s budget. I am committed to reinvesting that money in BIPOC led organizations, including many I have directly worked with like @ICHOOSE180 and Community Passageways.

The mayor’s office “doesn’t object to any of” the ideas, but noted that all of them are “much more nuanced than it initially might seem,” according to a statement given to the Seattle Times.

“Our office doesn’t object to any of these ideas – they are all undeniably critical to building a more just and equitable city,” Durkan’s spokeswoman Kelsey Nyland said. “But each … is much more nuanced than it initially might seem, and if we don’t factor that into our discussions … then we’ll never be able to build actionable and lasting solutions.”

Council members are also discussing calls to cut the police department’s remaining budget. Durkan previously pushed for cutting about $20 million from the department amid a larger plan. Many of the cuts proposed in that budget came as a result of the novel coronavirus crisis, the Seattle Times reported.