White House press secretary Kayleigh McEnany rejected the notion Monday that administration officials had sent opposition research on Dr. Anthony Fauci, one of the top medical minds on the coronavirus task force, to reporters over the weekend.

“There is no opposition research being dumped to reporters,” McEnany stated during Monday’s briefing. “We were asked to very specific question by The Washington Post, and President Trump noted that Dr. Fauci made some mistakes, and we provided a direct answer to what was a direct question.” (RELATED: Giroir Says Fauci Doesn’t ‘Have The Whole National Interest In Mind’) 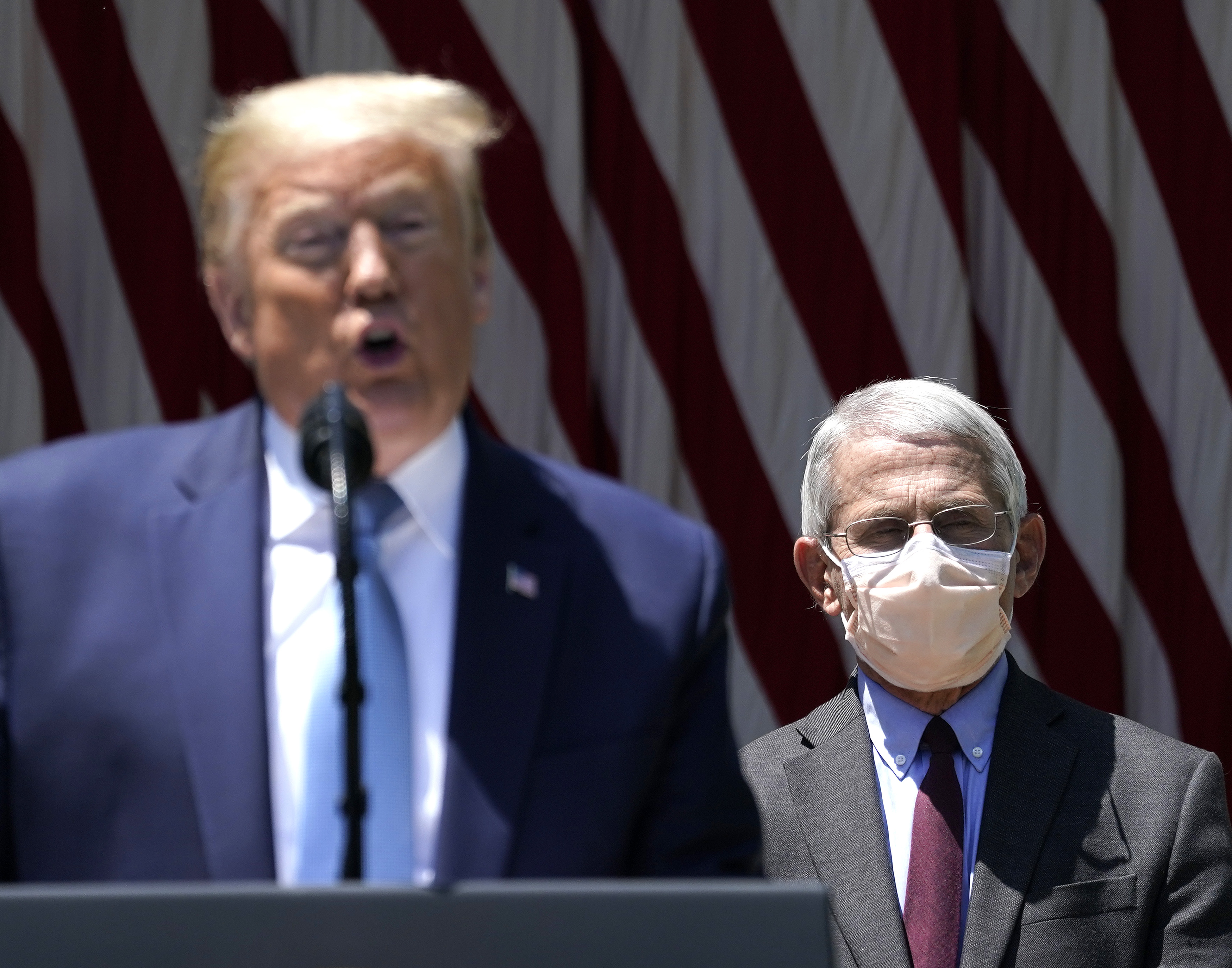 WASHINGTON, DC – MAY 15: U.S. President Donald Trump is flanked by Dr. Anthony Fauci, director of the National Institute of Allergy and Infectious Diseases while speaking about coronavirus vaccine development in the Rose Garden of the White House on May 15, 2020 in Washington, DC. Dubbed “Operation Warp Speed,” the Trump administration is announcing plans for an all-out effort to produce and distribute a coronavirus vaccine by the end of 2020. (Photo by Drew Angerer/Getty Images)

In response to a follow-up question from CNN’s Jim Acosta on White House officials “sending out these notes to reporters anonymously,” McEnany noted “that, in terms of the president and his record on coronavirus, he stands by the actions and the steps he has taken in this historic response.”

“You have Dr. Fauci, who said that the record of this president is impressive,” she continued. “I can’t imagine that under any circumstance that anybody could be doing more. Those are the words words of Dr. Fauci. We provided a direct response to a direct question, and that’s about it. To the notion that there is opposition research and that there is ‘Fauci vs. the president’ couldn’t be further from the truth. Dr. Fauci and the president have always had a very good working relationship.”

Numerous reports on Sunday and Monday suggested that White House officials were moving to discredit Fauci amid a crumbling relationship with Trump.

Navarro wrote that Fauci had become a “source of controversy” within both the administration and the task force and that Fauci had been “wrong about everything” the pair had worked on together.

Yesterday, WH trade advisor Peter Navarro sent a laundry list of complaints about Dr. Fauci to @PaulaReidCBS. Senior officials–including some on the task force–told @CBSNews that Dr. Fauci has become a “source of controversy” at the WH, “creating headlines that are not helpful” https://t.co/VCYyrOT1yy pic.twitter.com/0TpfOh2CMU