A makeup artist for Amber Heard reportedly claims the actress never had any black eyes in the days before she filed for a restraining order against ex-husband Johnny Depp.

Samantha McMillen did Heard’s makeup for an appearance on “The Late Late Show with James Corden” in 2015, a day after Heard claimed Depp gave her two black eyes, according to a report published Tuesday by DailyMail.

McMillen testified in the libel trial Depp brought against The Sun that she “could see clearly that Ms Heard did not have any visible marks, bruises, cuts, or injuries” after spending time with her “in good light, at close range, wearing no makeup.”

After Heard appeared on the show she allegedly asked the makeup artist, “Can you believe I just did that show with two black eyes?”

“Ms Heard did not have any black eyes, and had been visibly uninjured throughout the day and at that moment,” McMillen said in court, according to DailyMail. (RELATED: Ex-Assistant Of Johnny Depp Claims Amber Heard Was The Abuser, Not The Actor) 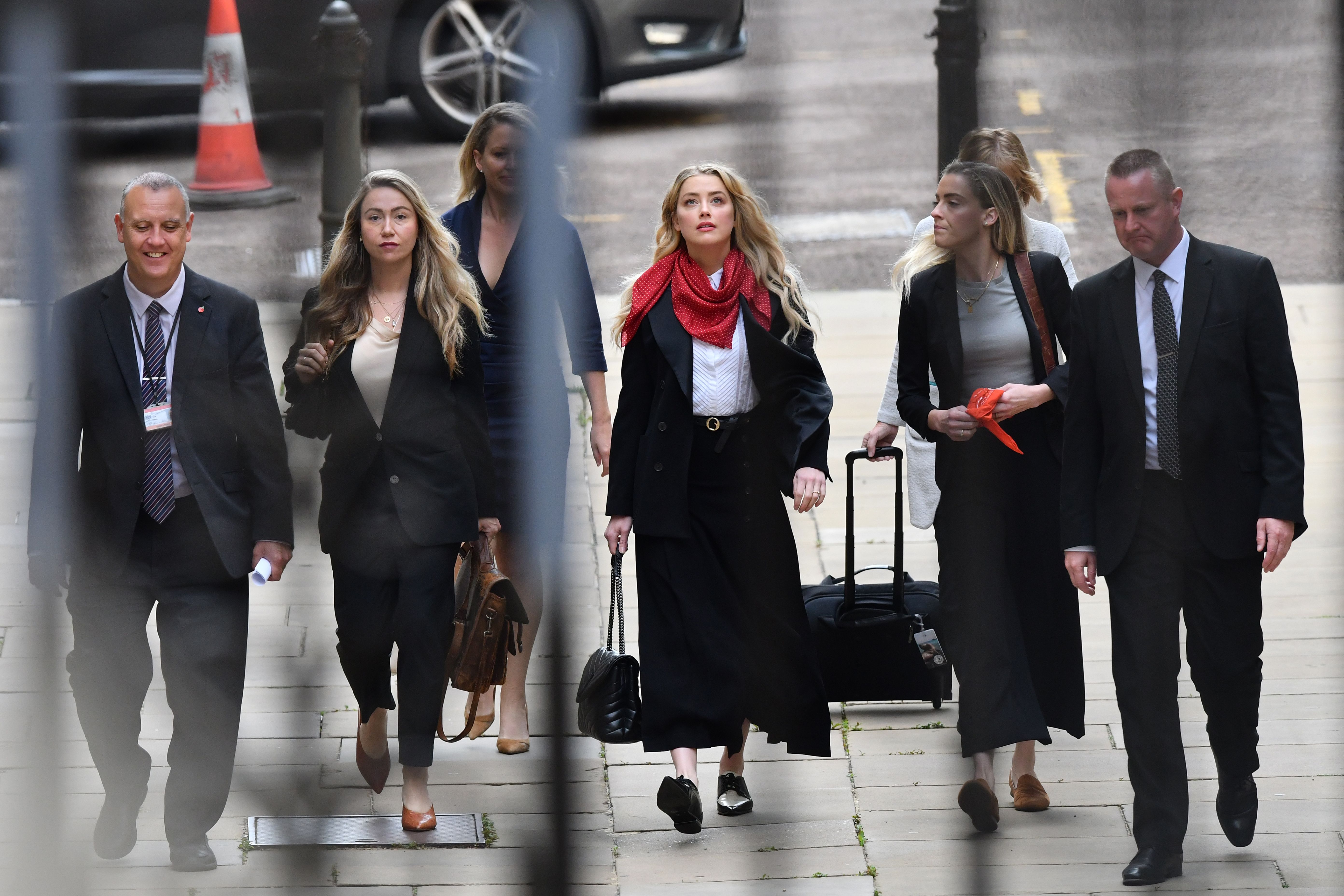 US actress Amber Heard (C) arrives on the sixth day of the libel trial by her former husband US actor Johnny Depp against News Group Newspapers (NGN), at the High Court in London, on July 14, 2020. – Depp is suing the publishers of The Sun and the author of the article for the claims that called him a “wife-beater” in April 2018. (Photo by JUSTIN TALLIS/AFP via Getty Images)

“I later learned that Ms Heard had accused Mr Depp, in court filings and the media, of violently abusing her the previous night, December 15, 2015,” she added.

McMillen also reportedly claimed Heard did not have any visible injuries on her face after a separate incident in 2016. The makeup artist claimed Heard had accused Depp of abusing her three days prior.

Depp is currently suing The Sun for an article published calling him a “wife-beater.”