The city council of Asheville, North Carolina, on Tuesday unanimously approved a commission to develop proposals for reparations to black community members and issued a formal apology for the city’s role in black inequality.

The resolution, signed by Mayor Esther Manheimer, directs the city to create a “Community Reparations Commission” made up of advocacy groups, businesses and community leaders that will issue recommendations on how eventual compensation may be distributed to black residents, according to ABC News.

The steps taken by the city council and mayor did not include language to make immediate payments to black Americans, according to the text of the resolution. Rather, the commission would make recommendations for possible reparations strategies that would have to be approved by the city before taking effect, the resolution stated.

Asheville, which is 83% white and has a population of less than 100,000 residents, also issued an apology for any complicity in slavery and racist housing policies, among other things. The council will develop short-term and long-term plans for reparations which may include ways to increase black “generational wealth,” bolster home ownership for minorities and provide more career and business opportunities for, according to the resolution. 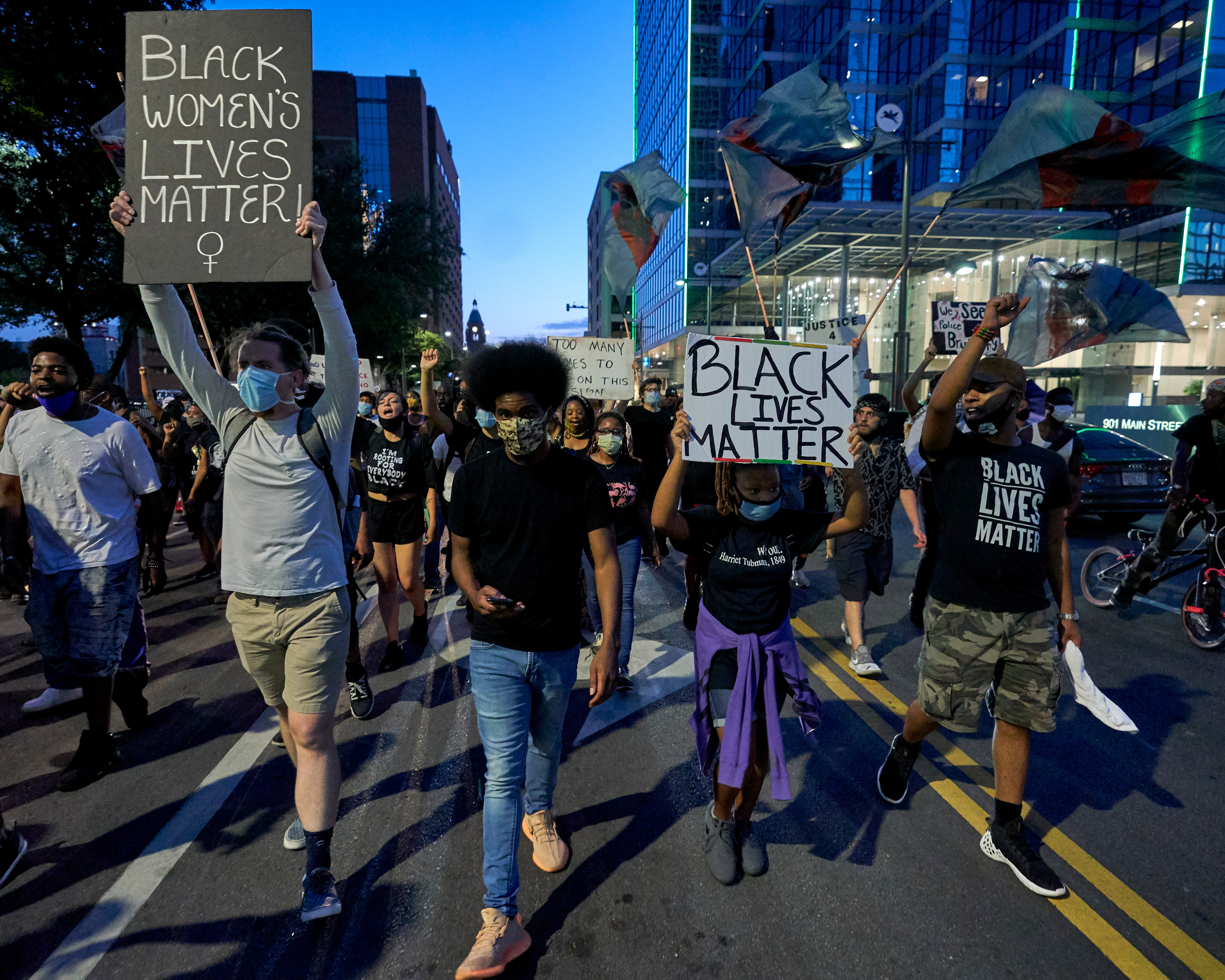 Protesters march down the streets during a rally in Dallas, Texas. (Cooper Neill/Getty Images)

“Hundreds of years of black blood spilled that basically fills the cup we drink from today,” Councilman Keith Young, who spearheaded the proposal, said, according to The Citizen Times. “It is simply not enough to remove statutes. Black people in this country are dealing with issues that are systemic in nature.”

Efforts to create race-based policy initiatives have been spurred by the death of George Floyd, a black man, who died after a white Minneapolis police officer knelt on his neck for over eight minutes, video showed.