A Catholic church in New Haven, Connecticut, has reported vandalism as attacks on churches continue throughout the U.S.

The Archdiocese of Hartford also shared a Facebook post confirming that “a person or group of persons had painted anarchist and satanic symbols on the doors of St. Joseph Church in New Haven.” (RELATED: Statue Of Jesus Vandalized At Catholic Church In Canada)

“This follows an apparent trend of desecrating Catholic spaces throughout the nation, as evidenced by incidents in Chattanooga, Queens, Boston, Sacramento, and Ocala,” the pastor wrote on Facebook. “The underlying motive of these sacrilegious attacks is clear: to intimidate and instill fear in the hearts of those who worship Christ.” 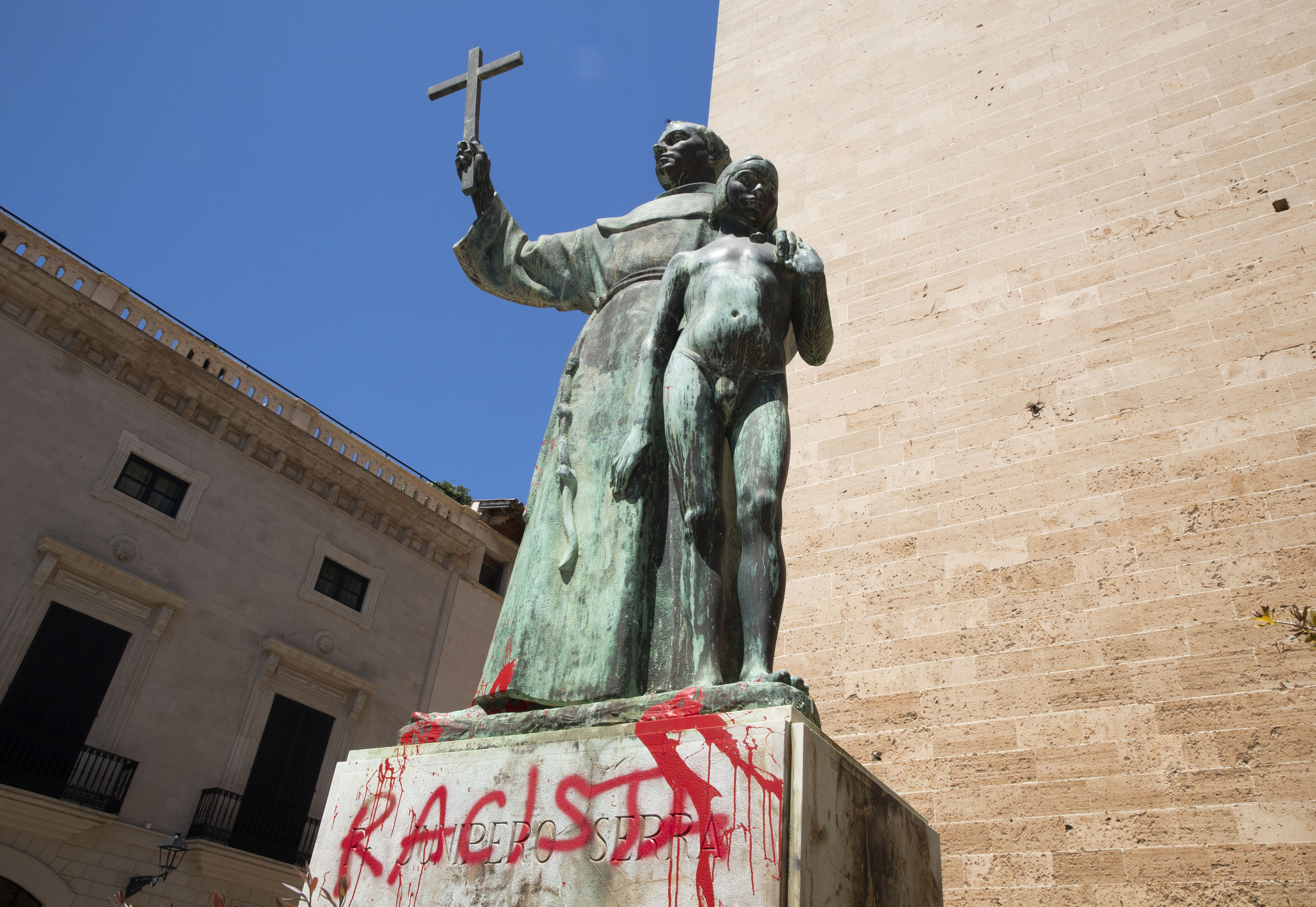 The statue of the Roman Catholic Spanish priest Junipero Serra is pictured in Palma de Mallorca on June 22, 2020, after it was daubed with graffiti reading “Racist”. – The protests against racial inequality and police brutality have seen the toppling or removal of statues depicting Confederate generals, colonial figures and slave traders in the United States, Britain and New Zealand.  (JAIME REINA/AFP via Getty Images)

The pastor said that the Catholic faith has survived for over 2,000 years and is “not about to yield now.” (RELATED: Republican Congressman Calls Out ‘Disturbing Attack’ On Catholic Statue)

“Therefore, we remain unafraid and resolute in our faith, and we will pray for a conversion of the hearts of those who wish to terrorize us,” he added. He did not immediately respond to a request for comment.

The New Haven police did not immediately respond to requests for comment from the Daily Caller News Foundation on the matter.

News of the vandalism comes after Fr. Wilbert Chin Jon of the Roman Catholic Diocese of Calgary confirmed to the Daily Caller Thursday that vandals spray painted and used marker or chalk to deface a statue of the Sacred Heart of Jesus at Sacred Heart Church in Calgary, Alberta on Tuesday around 1:30 a.m.

Numerous other statues of the Virgin Mary have also been vandalized throughout the country.