President Donald Trump continues to receive poor marks for his handling of the coronavirus pandemic, and a new poll released Friday shows a decrease in support among Republicans in particular.

Seventy-nine percent of Republicans approve of Trump’s response, according to data published by ABC, the Washington Post, and Langer Research Associates, down from 90 percent in May and 88 percent when the president first issued cautionary social distancing guidelines in mid-March. Support among Democrats and Independents has also decreased from May by 10 points (4%) and 2 points (39%), respectively. (RELATED: Poll: Trump Hits All-Time Low In Coronavirus Approval — 67 Percent Also Disapprove Of His Handling Of Race Relations) 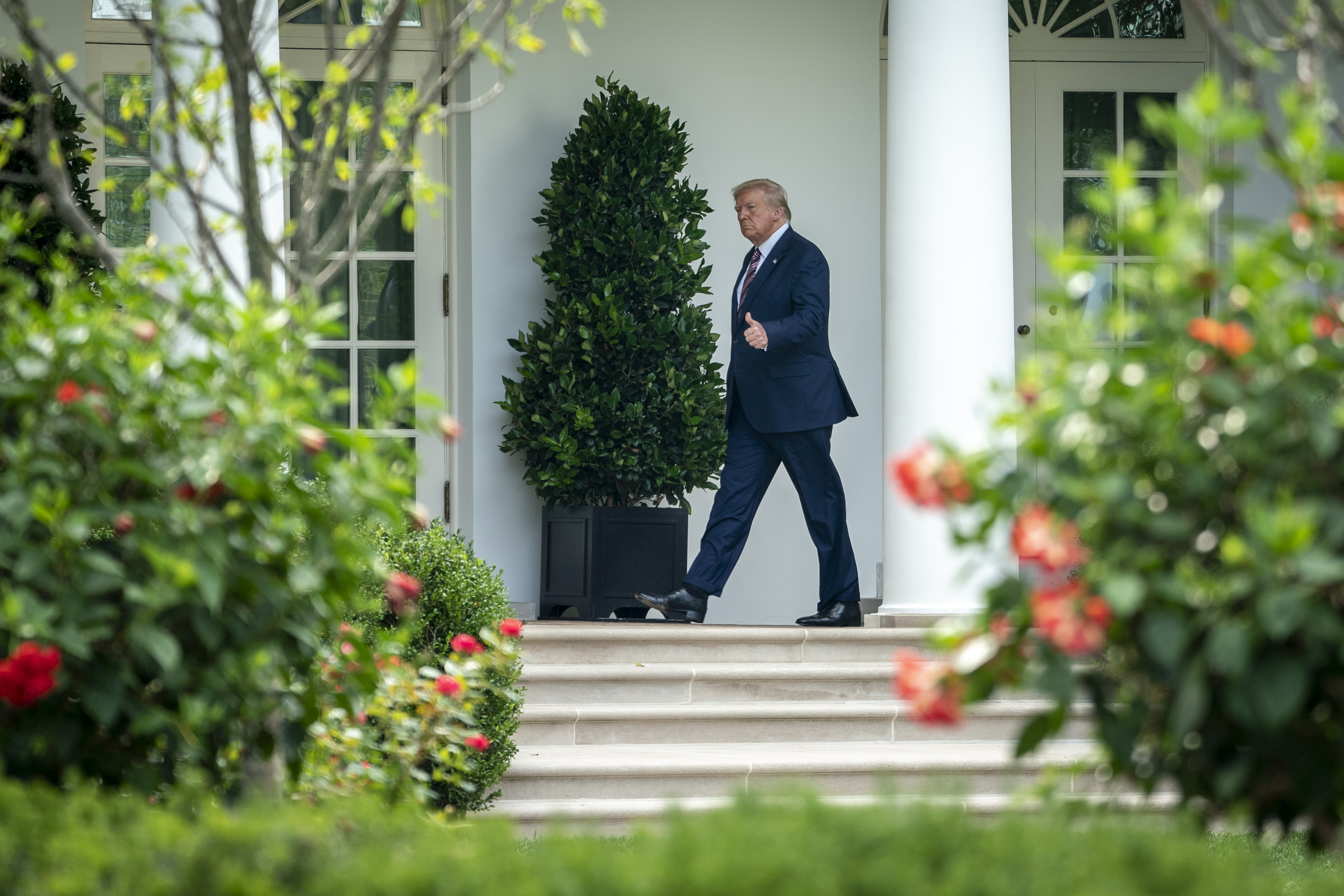 WASHINGTON, DC – JULY 16: U.S. President Donald Trump walks to the Oval Office after an event about regulatory reform on the South Lawn of the White House on July 16, 2020 in Washington, DC. On Wednesday, President Trump announced a rollback of the National Environmental Policy Act. The administrations changes to the law aim to decrease the number of infrastructure projects that will be subject to federal NEPA review, hoping to shorten long permit processes and speed up approval. (Photo by Drew Angerer/Getty Images)

Overall, just 38 percent of poll respondents said they approve of Trump and the federal government’s pandemic response, compared to 46 percent in May and 51 percent in March. Furthermore, 63 percent (+6 since May) say they would prioritize controlling the spread of the pandemic while 33 percent (-4) say they would prioritize restarting the economy.

The WaPo/ABC poll released Friday mirrors an ABC/Ipsos poll released the week prior, which showed 67 percent of respondents disapproved of Trump’s handling of both the coronavirus pandemic and recent race-related issues. Two polls released in recent days also showed a majority of Americans disapprove of his push to reopen schools for in-person learning in the fall.

Presidential election polls released over the past month often show him trailing former Vice President Joe Biden by double-digits. The New York Times and Sienna College surveys found that Trump trailed Biden in six key battleground states he won in 2016 and would likely need to win again to be reelected in 2020.

Trump frequently talks about the inaccuracy of polls and points to 2016 metrics that showed him trailing former Secretary of State Hillary Clinton by a significant margin heading into November.