The HEALS Act, which focuses on health, economic assistance, liability protection and schools was released Monday and is a “tailored and targeted draft that will cut right to the heart of three distinct crises facing our country,” according to Senate Majority Leader Mitch McConnell. (RELATED: ‘HEALS Act’ — McConnell Unveils Republicans Coronavirus Stimulus Package) 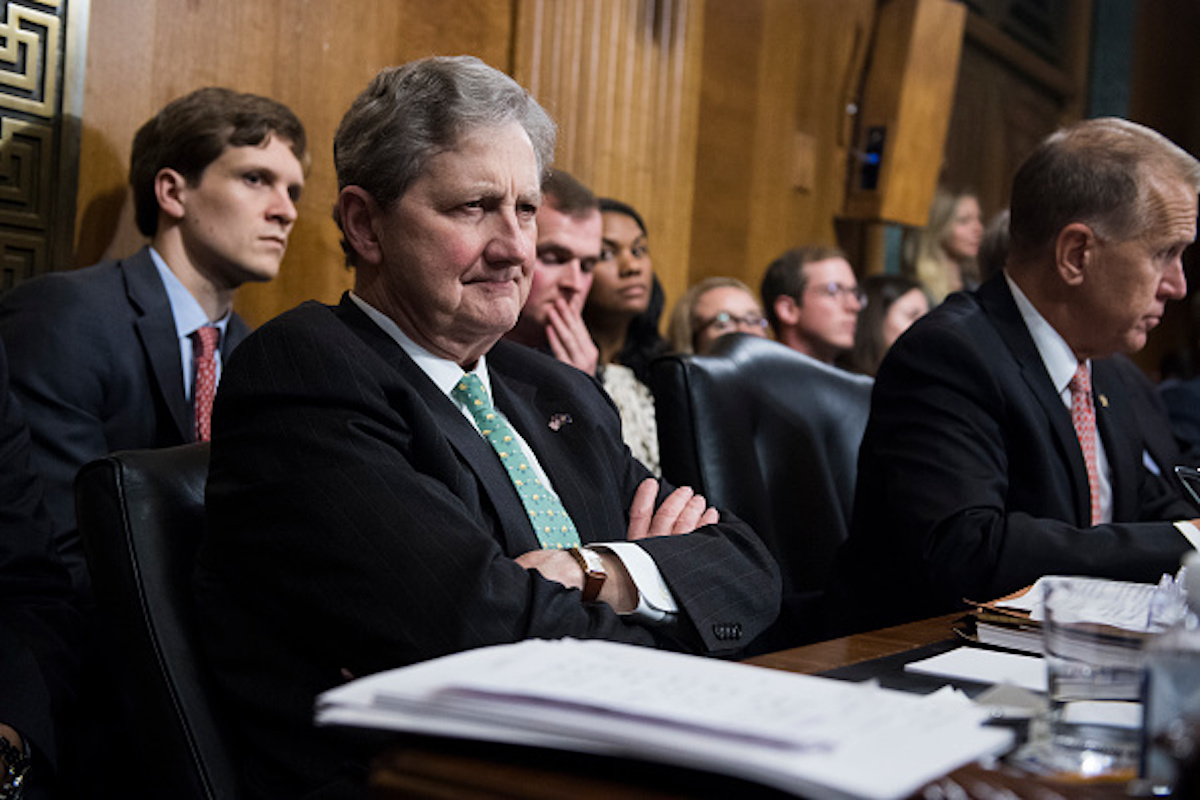 Sen. John Kennedy, R-La., listens to Judge Brett Kavanaugh during the Senate Judiciary Committee hearing on his nomination be an associate justice of the Supreme Court of the United States, focusing on allegations of sexual assault by Kavanaugh against Christine Blasey Ford in the early 1980s. (Photo By Tom Williams-Pool/Getty Images)

Kennedy is not the only Republican to criticize the legislation. The Daily Caller spoke to a number of Republican senators about possible benefits for lobbyists if another trillion-dollar stimulus package is passed, to which many responded by saying they will likely not vote in favor of another stimulus bill, citing excess spending and direct benefits for lobbyists. (RELATED: Senate Republicans List Benefits For Lobbyist As Reason They Might Vote Against Phase 4 Stimulus Bill)

More than a dozen Senate Republicans reportedly voiced serious displeasure at signing off on another $1 trillion package at Tuesday’s conference lunch.