Lewis died July 17 at age 80 after a battle with pancreatic cancer. The civil rights leader requested his last op-ed be published on the day of his memorial service – a request that was honored by the NYT. The op-ed, titled “Together, You Can Redeem the Soul of Our Nation,” pivots back to Lewis’ childhood and the battle he took up for civil rights.

“While my time here has now come to an end, I want you to know that in the last days and hours of my life you inspired me,” the op-ed begins. “You filled me with hope about the next chapter of the great American story when you used your power to make a difference in our society.”

The former Democratic congressman continued on by discussing protests he became a part of after the 1955 death of teenager Emmett Till. Lewis connected this death to that of George Floyd, writing that he “will never ever forget the moment when it became so clear that he could easily have been me.”

“If we are to survive as one unified nation, we must discover what so readily takes root in our hearts that could rob Mother Emanuel Church in South Carolina of her brightest and best, shoot unwitting concertgoers in Las Vegas and choke to death the hopes and dreams of a gifted violinist like Elijah McClain,” Lewis wrote. 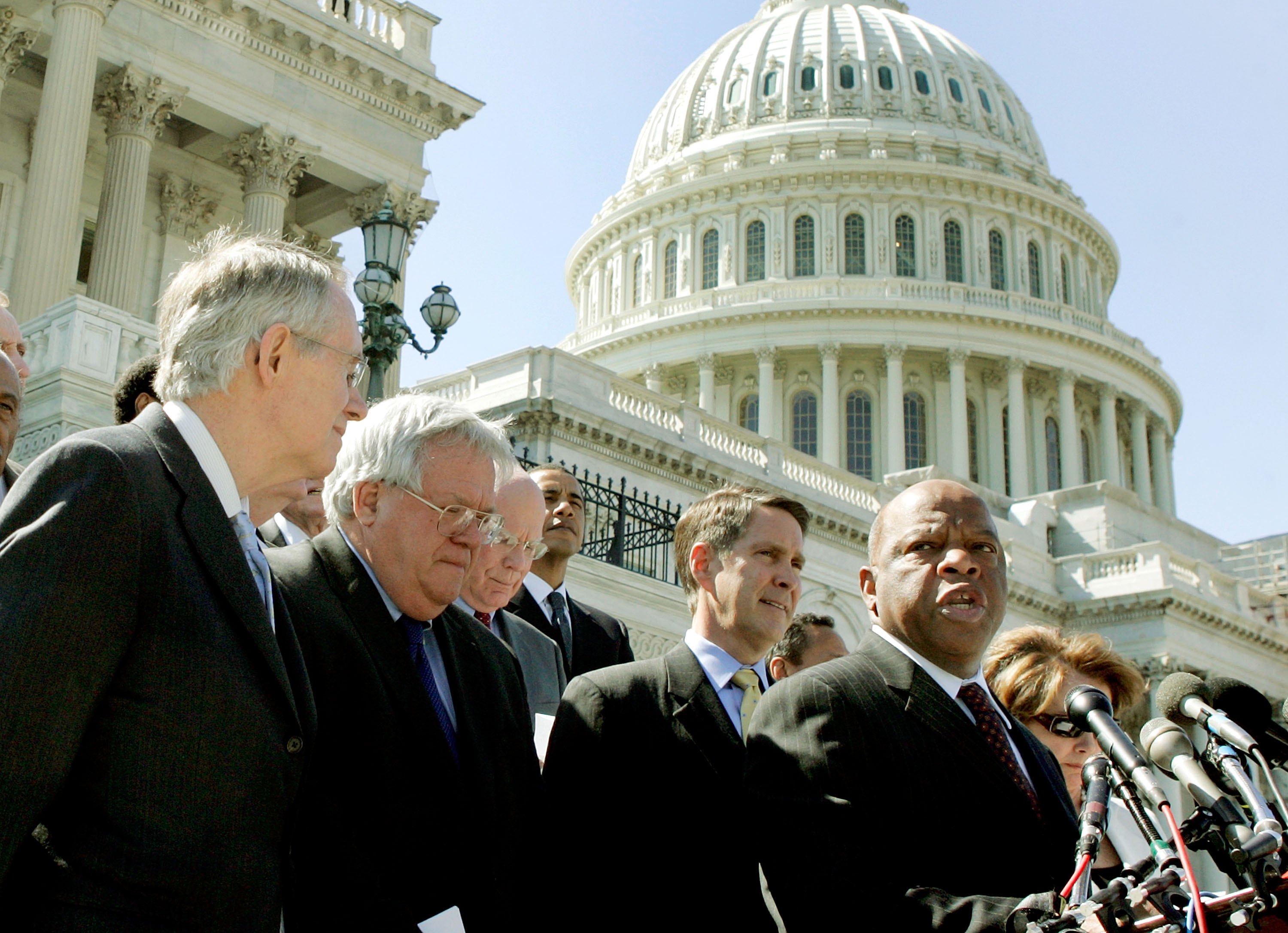 Lewis reminded American’s that “voting and participating in the democratic process” is key, writing that it “is the most powerful nonviolent change agent you have.” (RELATED: Honor Guard Member Collapses As He Awaits John Lewis’ Casket At The Capitol)

“Ordinary people with extraordinary vision can redeem the soul of America by getting in what I call good trouble, necessary trouble,” according to Lewis. “Voting and participating in the democratic process are key. The vote is the most powerful nonviolent change agent you have in a democratic society. You must use it because it is not guaranteed. You can lose it.”

He also urged people to learn “the lessons of history because humanity has been involved in this soul-wrenching, existential struggle for a very long time.”

“When historians pick up their pens to write the story of the 21st century, let them say that it was your generation who laid down the heavy burdens of hate at last and that peace finally triumphed over violence, aggression and war,” Lewis concluded. “So I say to you, walk with the wind, brothers and sisters, and let the spirit of peace and the power of everlasting love be your guide.”