Former President Bill Clinton visited with convicted sex offender Jeffrey Epstein on his so-called pedophile island in the Caribbean, according to an accusers account in court documents unsealed Thursday night.

“You know, I remember asking Jeffrey what’s Bill Clinton doing here [on the island],” Giuffre said, the court documents show. Giuffre said Epstein laughed at her question and said, “Well, he owes me a favor.” 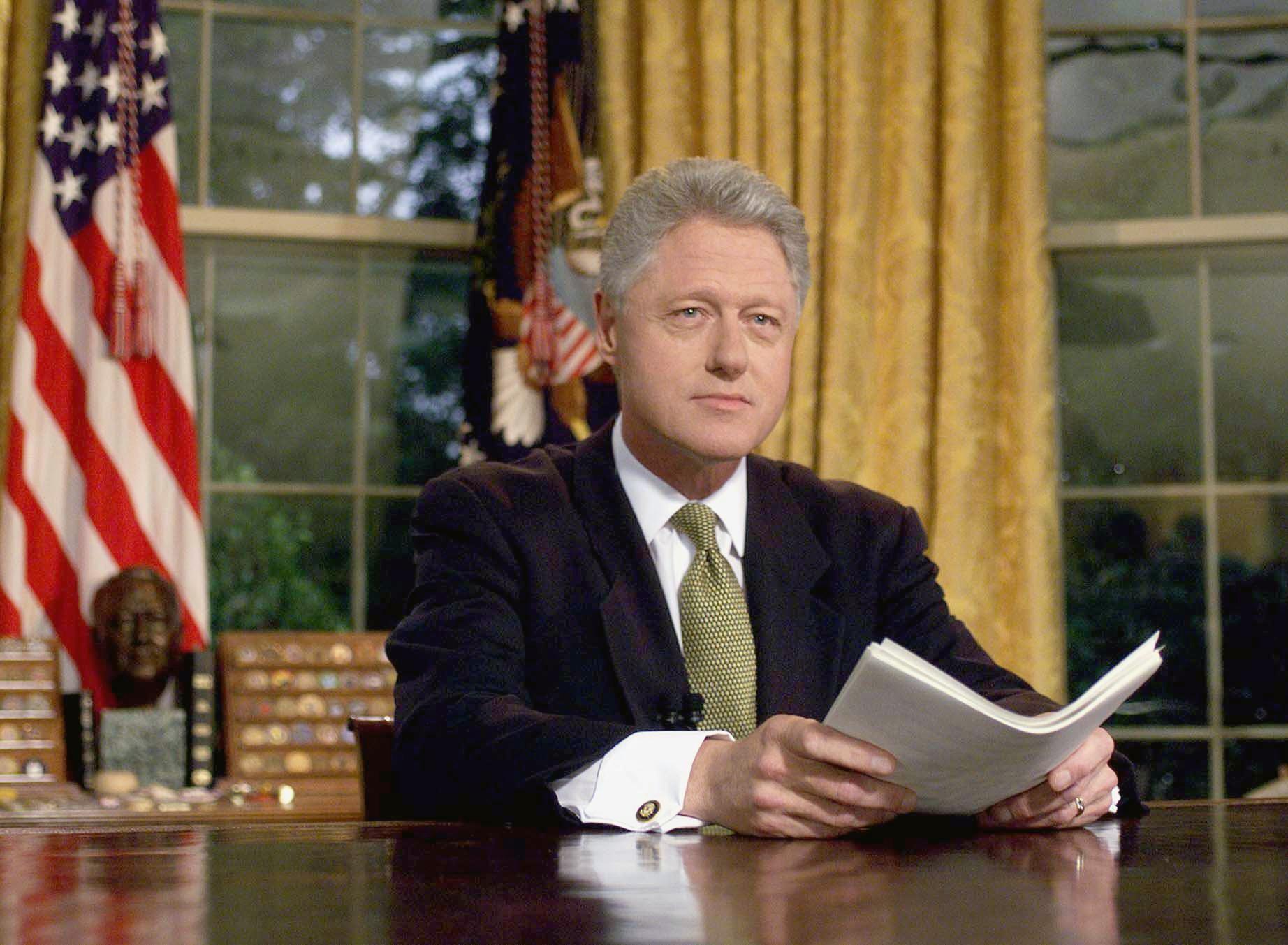 President Bill Clinton poses for photographs after addressing the nation from the Oval Office in the White House 10 June, 1999, following the end of hostilities in Yugoslavia. (JOYCE NALTCHAYAN/AFP via Getty Images)

“He never told me what favors they were,” Giuffre said. “I never knew. I didn’t know if he was serious. It was just a joke.”

The Epstein accuser said that while Clinton was on Epstein’s private island, Epstein’s cohort and ex-lover, Ghislaine Maxwell, someone named Emmy, and two “young girls” from New York were also present, the court documents show. The Daily Beast notes that the name Emmy may be referring to Emmy Tayler, Maxwell’s former assistant.

According to Giuffre, Clinton and other visitors to the island did not stay in the main house but stayed in villas on the island. (RELATED: Epstein’s Ponzi Scheme Partner Says Ghislaine Maxwell Will ‘Crack In Two Seconds’ And Cooperate With Feds)

Flight logs show that Clinton took at least 26 trips aboard Epstein’s “Lolita Express,” a jet that reportedly includes a bed where passengers could have group sex with girls, Fox News reported in May 2016. The former president left his Secret Service detail behind on a least five of these flights, according to Fox News. (RELATED: Report: Jeffrey Epstein Allegedly Had A Portrait Of Bill Clinton Posing Provocatively In A Blue Dress)