White House chief of staff Mark Meadows, during an appearance in the White House briefing room last week, slammed Democrats after a week of failed negotiations with Senate Minority Leader Chuck Schumer and Speaker of the House Nancy Pelosi.

Senate Majority Leader Mitch McConnell unveiled a $1 trillion coronavirus stimulus package July 27 after negotiations with other Senate Republicans. The Republican plan, dubbed the HEALS Act, was introduced as a counter-offer to the $3 trillion HEROES Act introduced by Democrats in May.

The bills introduced by Senate Republicans and House Democrats would potentially be the fourth phase in coronavirus recovery legislation. The $2 trillion CARES Act was the third phase of Congress’s coronavirus response and was signed into law by President Donald Trump in March.

McConnell said the stimulus package consisted of several bills introduced by Senate Republicans in a statement July 27. Four bills in particular make up the bulk of the stimulus package and address liability protection, unemployment benefits, the Paycheck Protection Program (PPP) and school reopening. 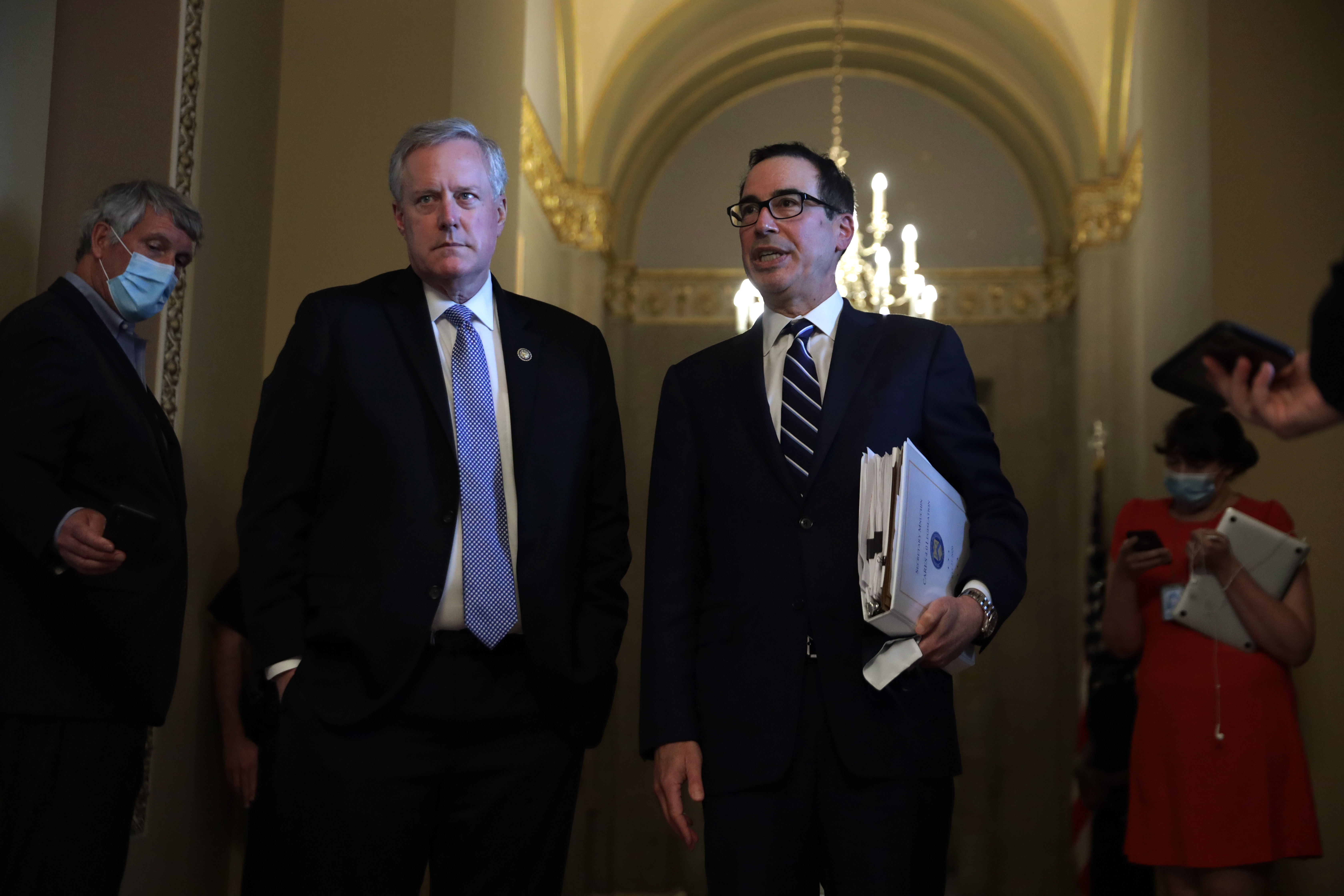 The Safe to Work Act was introduced July 27 by Republican Texas Sen. John Cornyn. The bill creates temporary exclusive federal causes of action for personal injury and medical liability claims arising from exposure to the coronavirus, according to Senate Republicans. A five year liability shields schools, businesses and hospitals from being sued over coronavirus-related issues.

The American Workers, Families, and Employers Assistance Act was introduced July 27 by Republican Iowa Sen. Chuck Grassley. This bill addresses a large part of the stimulus relief plan and includes changes to unemployment benefits. (RELATED: Senate Republicans List Benefits For Lobbyist As Reason They Might Vote Against Phase 4 Stimulus Bill)

Grassley’s bill departs significantly from the $600 in weekly unemployment benefits offered by the CARES Act. The Republican bill initially offers $200 per week through September but increases the amount to $500 per week to match 70% of lost wages, according to Senate Republicans. The plan extends benefits until the end of the year. 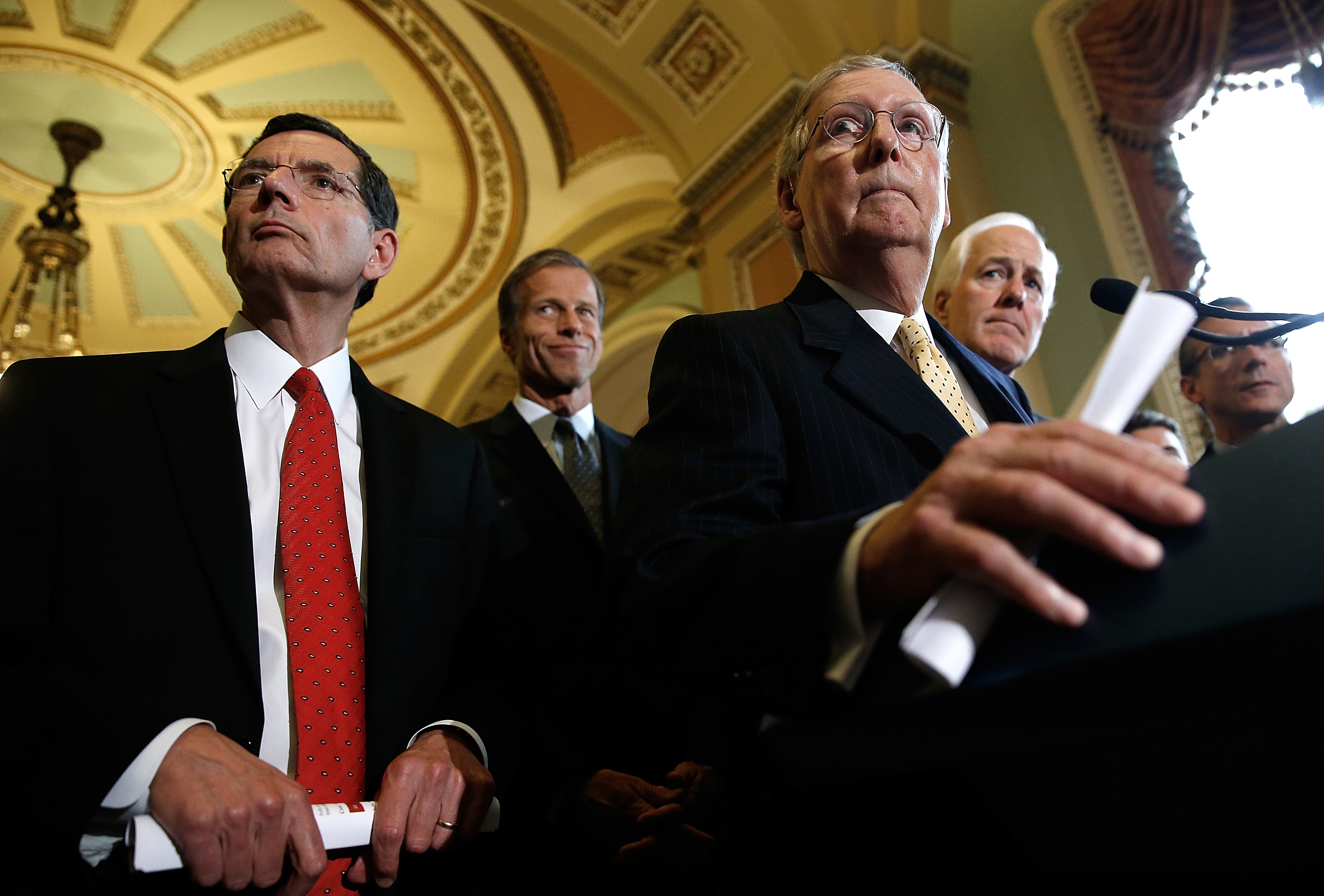 The bill also eliminates the requirement that 75% of loans must be spent on payroll to satisfy forgiveness requirements, according to Senate Republicans. (RELATED: Paycheck Protection Program Supporting More Than 51 Million Small Business Jobs, Trump Administration Announces)

The Safely Back to School and Back to Work Act was introduced July 27 by Republican Tennessee Sen. Lamar Alexander. The bill mostly addresses school reopening, which was not included in the CARES Act. $70 billion is allocated to K-12 schools that open for in-person classes and $29 billion is allocated for higher education, according to Senate Republicans.

Congressional Democrats have repeatedly rejected the proposals made by Republicans despite more than a week of negotiation between the two groups, CNBC reported. “We’re nowhere close to a deal,” Meadows said. Democrats have said the Republican plan isn’t “comprehensive” enough and plan to stick by their HEROES Act. 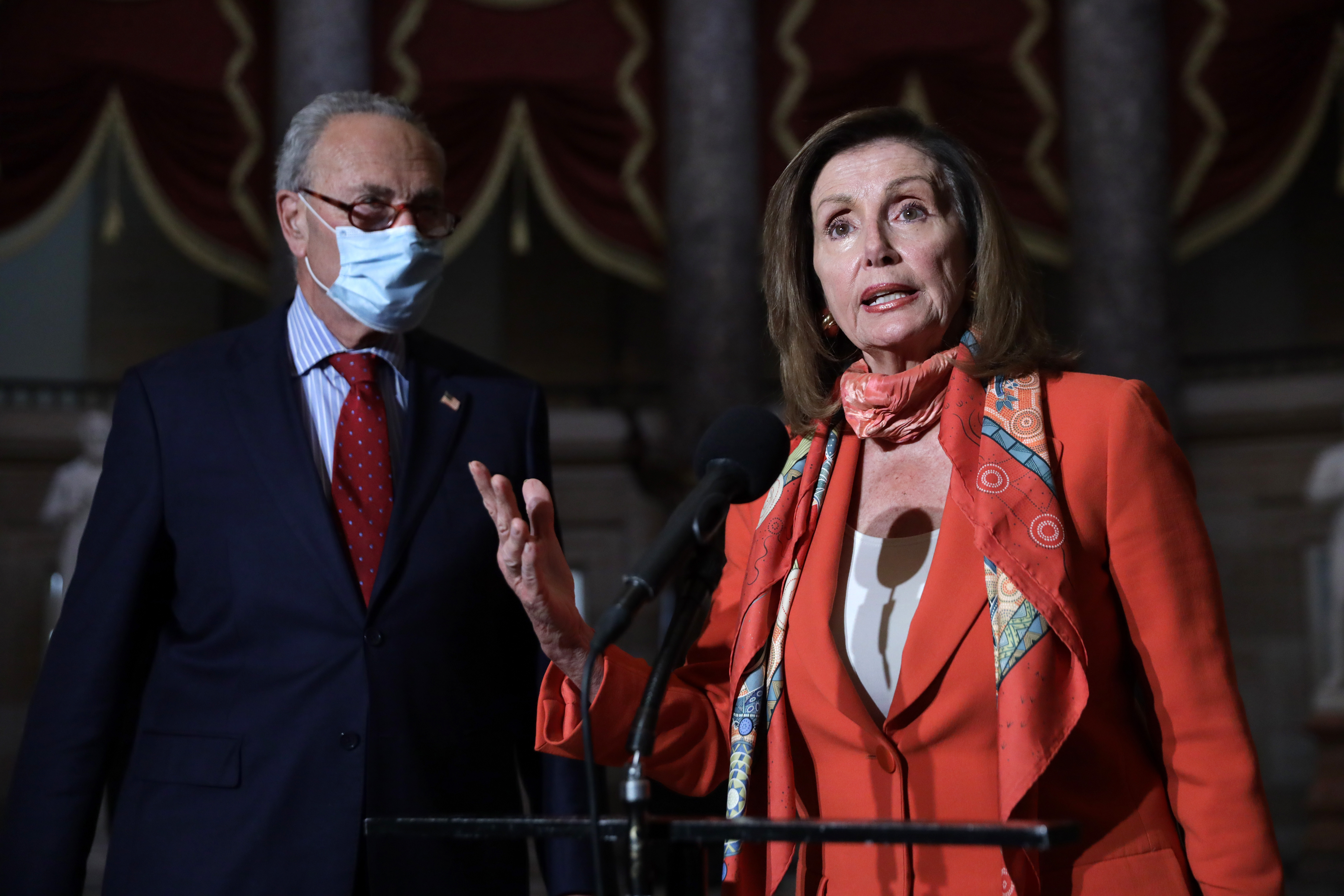 One area of contention between the two sides is over unemployment benefits, according to CNBC. “We’ve been for the $600. They have a $200 proposal, which does not meet the needs of America’s working families, and it’s a condescension, quite frankly,” Pelosi said during an interview on ABC’s “This Week” Sunday.

Another point Democrats have made in rejecting the Republican plan is that it does not go far enough, Politico reported. “A trillion dollars is OK, that’s an interesting starting point. But that doesn’t come anywhere near,” Pelosi said last week at a news conference. (RELATED: Nancy Pelosi’s Multi-Billion Dollar Amnesty)

The Democrats would also give $1 trillion in aid to state and local governments and $200 billion in housing relief, according to USA Today. The Republican plan does not include these provisions.