Conservative activist Terry Schilling said Monday that President Donald Trump can’t be shy about opposing transgender males competing in women’s sports because a majority of Americans are on his side.

“We need to push the Republican Party to run hard on these issues because there is no losing in this whatsoever,” Schilling told Fox News’ “Tucker Carlson Tonight.”

“The thing about this issue is frankly I don’t know why people aren’t picking this up. We just got done with a poll — we surveyed over 7,000 people in the top ten swing states across the country. We found that three-quarters of Americans including 53% of Joe Biden’s own supporters oppose allowing transgender boys, that is boys that identify as girls, to compete in women’s athletics. This is a super majority,” Schilling told Carlson. (RELATED: We Spoke With This Former Olympian About Transgender Athletes. Here’s What She Said)

The executive director of the American Principles Project said he cannot understand the unwillingness of the Trump reelection campaign to take on the Biden campaign with this issue. Schilling said that he has two daughters in high school and he called it “incredibly stupid” that they could be cheated out of sports scholarships and “have their athletic opportunistic taken away” by transgender males.

A 2019 study found that transgender male athletes still held a physical advantage over females even after 12 months of hormone treatment.

Carlson noted that the issue “is not about attacking people who choose to call themselves whatever they call themselves” because “most Americans are very tolerant in that way. But the idea that we have to pretend there is no difference between men and women and boys and girls is totally insane.” 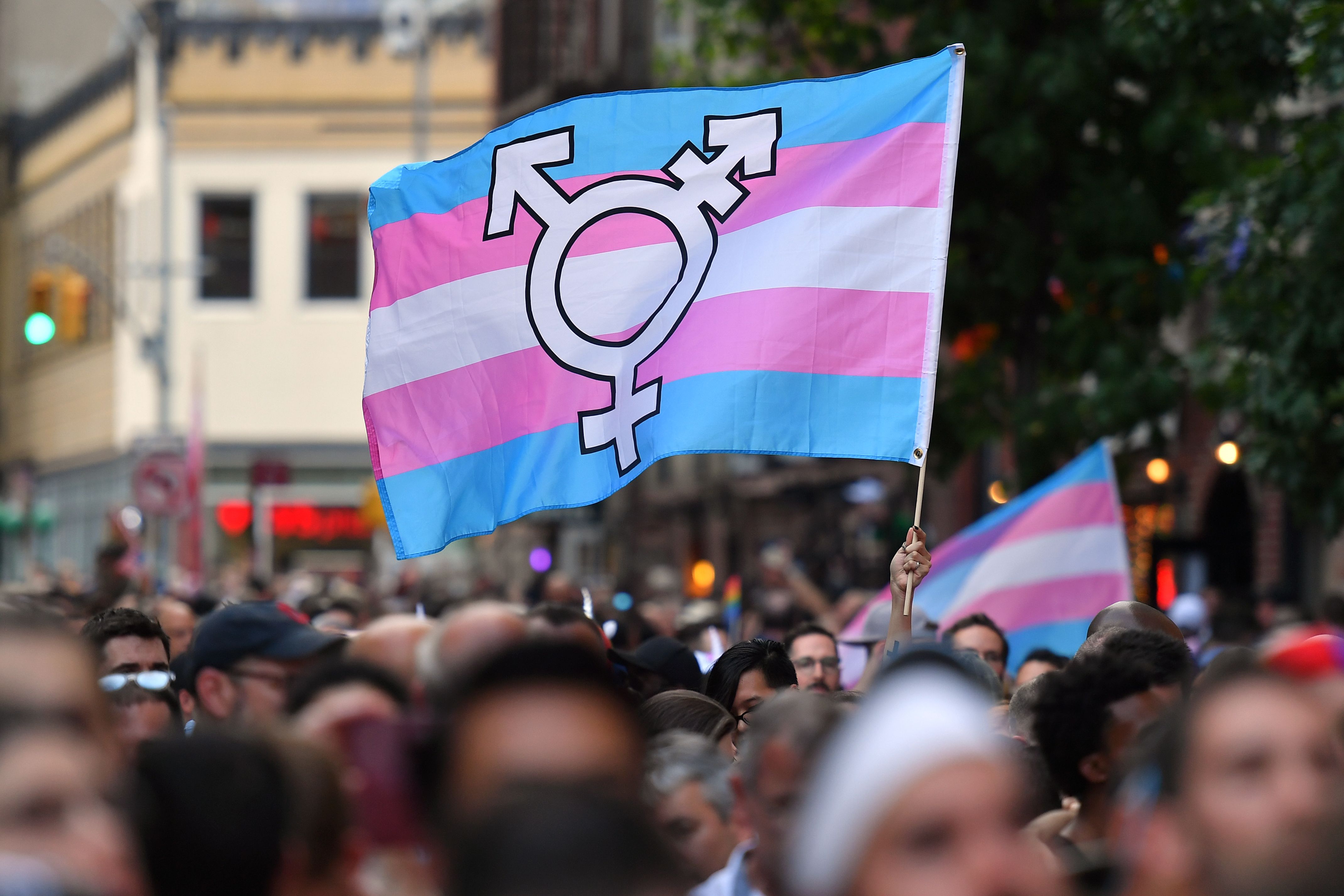 A person holds a transgender pride flag as people gather on Christopher Street outside the Stonewall Inn for a rally to mark the 50th anniversary of the Stonewall Riots in New York, June 28, 2019. (Photo by ANGELA WEISS / AFP) (Photo credit should read ANGELA WEISS/AFP via Getty Images)

Schilling said the American Principles Project is “building the NRA for families” because he said he believes with all the political organizations participating in the the November elections “no one is there defending the family and we decided to put this campaign together and not ask permission.” (RELATED: High School Girls Sue After Being Forced To Compete Against Transgender Athletes)

He said the group is running ads and “forcing the issue” in order to show Republicans “how to attack Joe Biden and get some political points out of this.”

In May 2019, the House of Representatives passed the Equality Act, a bill that would force schools to allow transgender male athletes to compete on female sports teams. House Democrats unanimously supported the legislation as did every Democrat who sought the party’s presidential nomination.