Chicago had the worst night of unrest Sunday since May, the Chicago Tribune reported.

“We just wanted to give y’all a heads-up that we got a call from an anonymous individual that there’s gonna be looting going on at 87th and the Dan Ryan,” a police dispatcher told officers at 11:07 PM Sunday night, according to the Tribune. That signaled the beginning of the most chaotic night of looting and vandalism since the demonstrations began.

More than 100 people were arrested and 13 officers where injured throughout the night, Police Superintendent David Brown said according to the report. Rather than some sort of organized protest, Brown called the violence “pure criminality.” (RELATED: Rioters, Looters Hit Chicago After Man Reportedly Hit In Shootout With Police)

“This was an act of violence against our police officers and against our city,” he said during a Monday news conference. 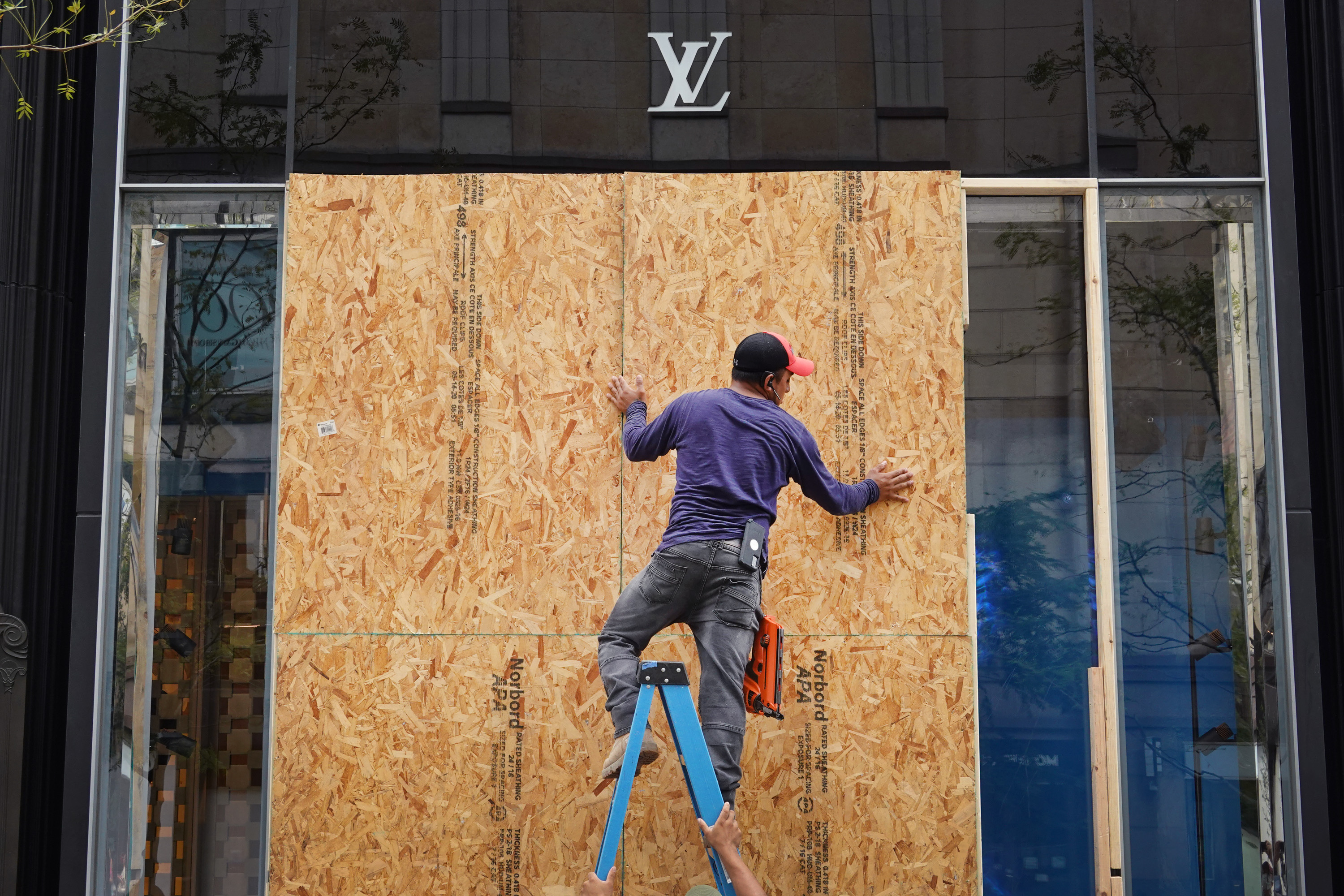 Workers make repairs to the Louis Vuitton store after it was looted on August 10, 2020 in Chicago, Illinois. Police made more than 100 arrests during the night as widespread looting and disorderly conduct was reported downtown and other areas of the city. Officials believe the violence had apparently grown out of a shoot out between police and a suspect. (Photo by Scott Olson/Getty Images)

The unrest began after police were involved in a shooting earlier Sunday afternoon.

Police said that they responded to a call of a man with a gun at 2:30 Sunday afternoon. When they arrived, 20-year-old Latrell Allen fled before he turned around and began firing his gun at them, according to Deputy Chief Yolanda Talley. Police fired back and injured Allen, but could not find body camera footage to corroborate their story, the Tribune reported.

The incident sparked outrage on social media after police say false information spread, like reports of Allen being 15 and a bystander having his phone taken after recording the altercation. As the false information spread, so did plans to loot the city. (RELATED: ‘We Are Coming For You,’ Chicago Mayor Lori Lightfoot Warns ‘Criminal And Vigilantes’ After A Night Of Mass Looting, Unrest)

Thousands of people went to the Magnificent Mile, which had already been destroyed by rioters in May, and its surrounding blocks shortly after midnight. Store windows were smashed with bricks, buildings were vandalized with graffiti, and the 400 officers that showed up were outnumbered, the Chicago Tribune reported.

People were driving by in cars, getting out, and taking merchandise before driving away. The looting continued into the morning. Eventually, all except one of the bridges downtown has been lifted in an attempt to close off the area.