A Chicago shop owner thought he had a second chance after his store was destroyed during the riots and violence following George Floyd’s death in May, the Associated Press reported.

But that second chance was fleeting. After Walid Mouhammad, the owner of African Food & Liquor, spent $300,000 to reopen his store in Chicago when it was vandalized in May, surveillance video showed Monday the inside of his shop being robbed and ransacked for the second time, according to the Associated Press.

Mouhammad has worked at the West Side Chicago convenience store for 33 years, with 20 years as its owner. His store was vandalized in late May, when riots and protests broke out across the country following the death May 25 of George Floyd, who died after a Minneapolis police officer knelt on his neck for several minutes.

Mouhammad is unsure if he’ll be able to reopen again after his store was destroyed and emptied the second time. Police were blocks away when his landlord and several workers called 911 to report that people were trying to break into his store.

Mayor Lori Lightfoot warned vandals that the city would hold them accountable for their actions, but Chicago has continued to spiral into violence and crime. 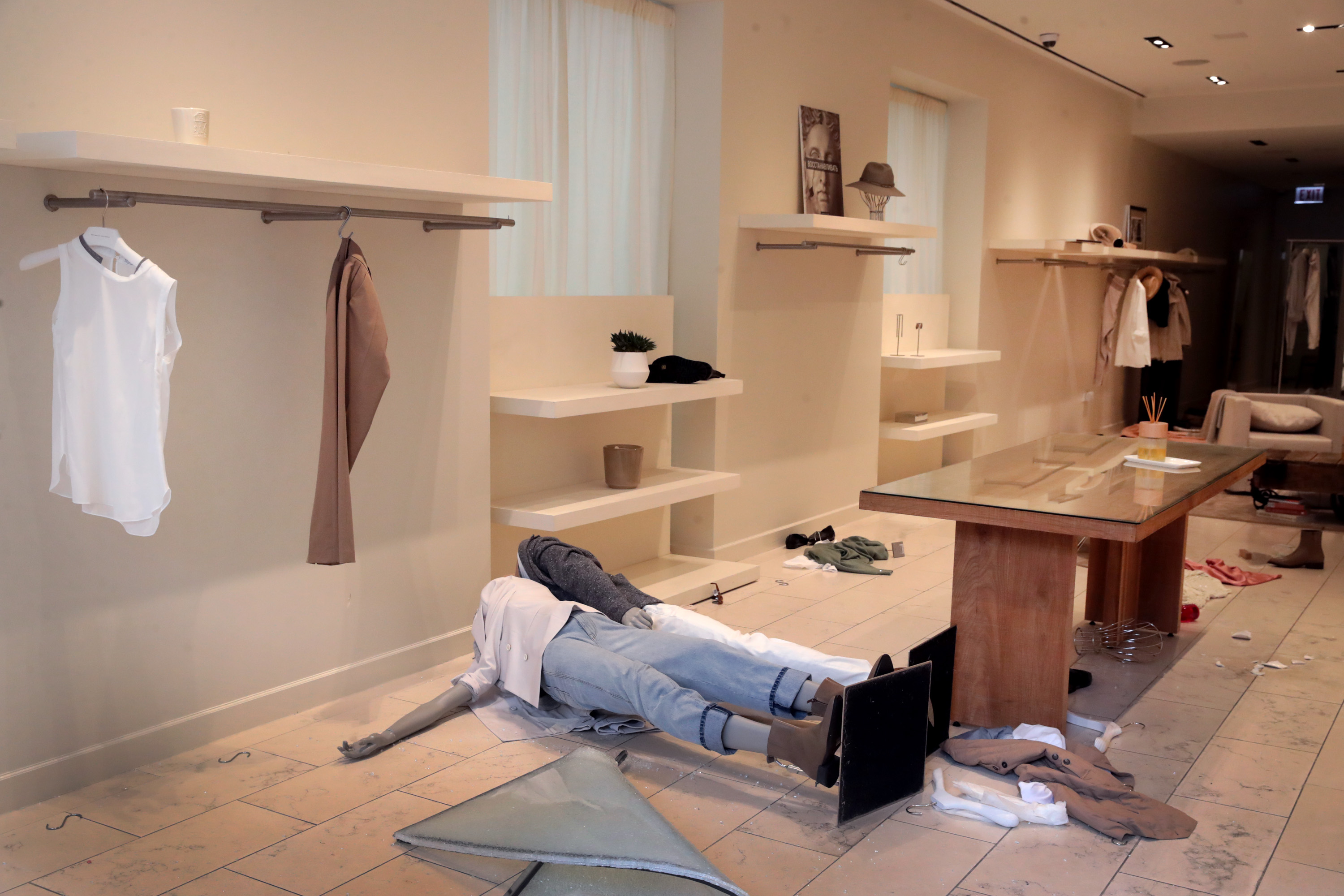 CHICAGO, ILLINOIS – AUGUST 10: Few items remain inside of the Brunello Cucinelli store after it was looted on August 10, 2020 in Chicago, Illinois. Police made more than 100 arrests during the night as widespread looting and disorderly conduct was reported downtown and other areas of the city. Officials believe the violence had apparently grown out of a shoot out between police and a suspect. (Photo by Scott Olson/Getty Images)

Over 100 people were arrested and 13 officers were injured amid looting and violence Sunday in Chicago. The violencewas  reportedly prompted by an officer-related shooting. High-end shops were broken into and looted, and even a Ronald McDonald House was vandalized while sick children and their parents slept inside. (RELATED: Chicago Rioters Struck Ronald McDonald House While More Than 30 Families And Sick Children Slept Inside) 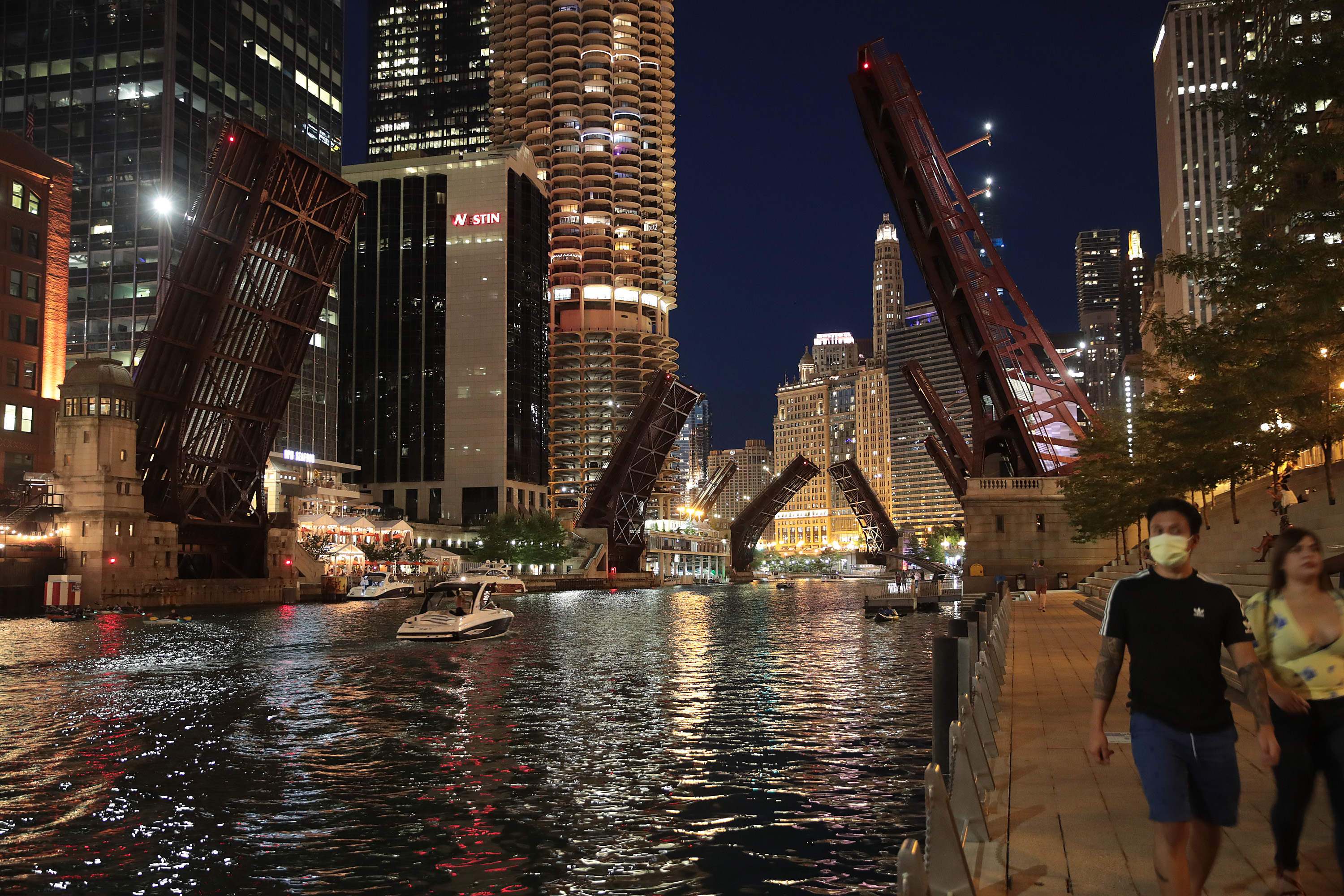 CHICAGO, ILLINOIS – AUGUST 12: Bridges across the Chicago river are raised to control access into downtown after widespread looting broke out early Monday in the city on August 12, 2020 in Chicago, Illinois. City officials say they will continue raise the bridges and take other measures to control access to and from downtown at least through the weekend. (Photo by Scott Olson/Getty Images)

Chicago is also experiencing a surge in crime.

The city’s murders are up 50% when comparing the January-July periods from 2020 and 2019, and shootings have jumped 47% for the same period.