Republican Georgia Rep. Doug Collins said Monday that Democratic Massachusetts Rep. Ayanna Pressley is “carrying the water for anarchists” when she encourages “unrest in the streets” against GOP officials.

Pressley said Saturday on MSNBC’s “AM Joy” that Republicans in congress and GOP governors should be targeted with “unrest in the streets.” (RELATED: ‘Defunding … Means Defunding’: Alexandria Ocasio-Cortez Not Satisfied With Cutting NYPD By $1B)

The congressman argued that instead of goading people to riot, lawmakers should be trying to encourage a return to a “civil society” and not be using “this kind of  rhetoric that just breeds the problems that we are seeing.”

Collins said that Pressley wants “to take away our police and security. I think that shows exactly what they want to do, they want to keep everything up in the air because they want to get at this election and they want to blame it all on Donald Trump.” 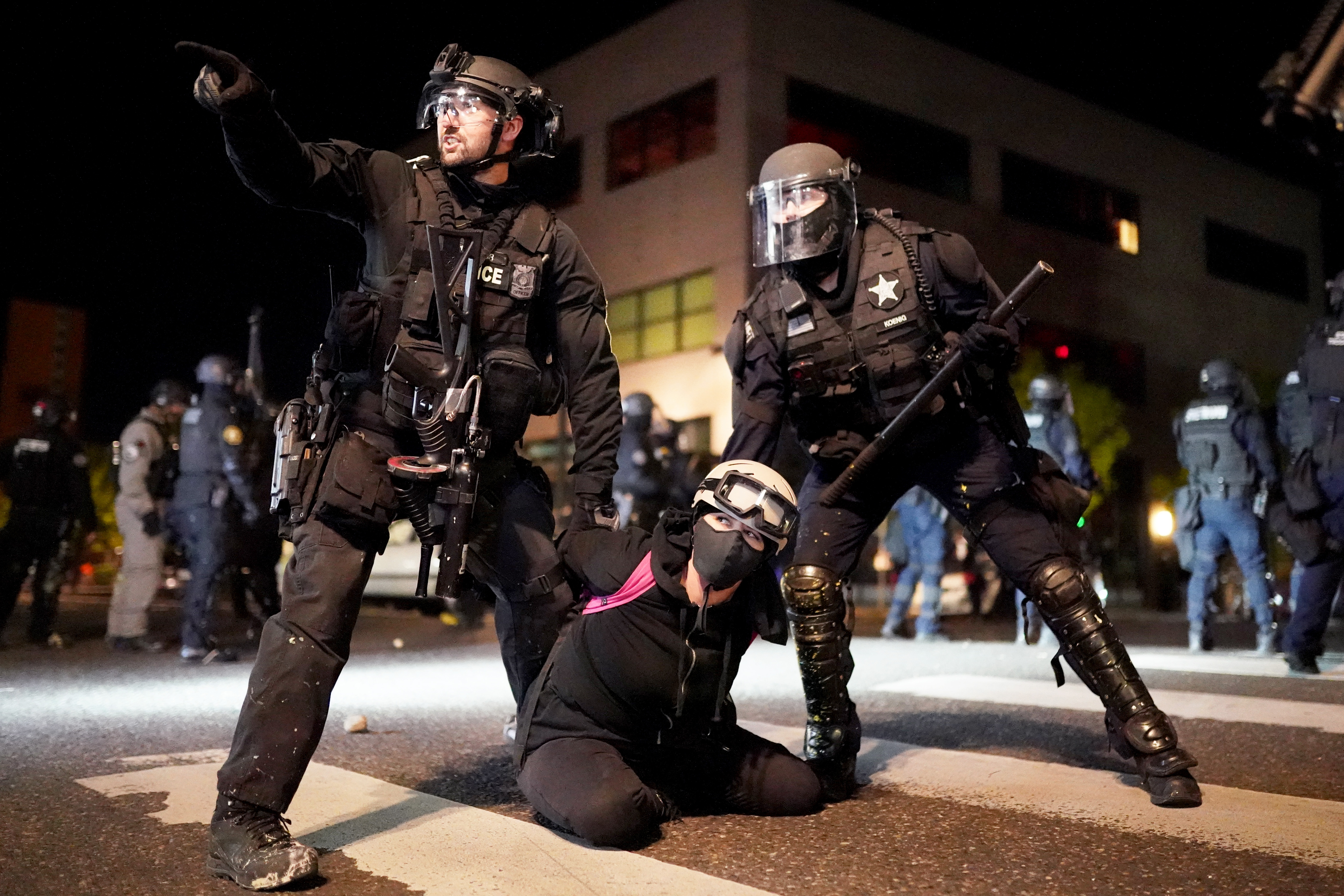 Portland police and Oregon State Patrol officers work together to arrest a protester in front of the Portland Police Bureau North Precinct on the 75th day of protests against racial injustice and police brutality on August 11, 2020 in Portland, Oregon. (Nathan Howard/Getty Images)

Pressley said in her remarks Saturday, “This is as much about public outcry, organizing and mobilizing and applying pressure so that this GOP-led Senate and these governors that continue to carry water for this administration, putting American people in harm’s way, turning a deaf ear to the needs of our families and our communities – hold them accountable.” (RELATED: Black Lives Matter Organizer Equates Looting In Chicago With ‘Reparations)

“Make the phone calls, send the emails, show up,” she said. “You know, there needs to be unrest in the streets for as long as there’s unrest in our lives.”

Pressley has also accused Trump of committing “war crimes” in his handling of the coronavirus pandemic.