A Democratic Virginia state senator has been charged with damaging a Confederate monument during protests and riots that resulted in a demonstrator sustaining “life threatening” injuries, numerous sources reported Tuesday.

Virginia State Sen. Louise Lucas is reportedly being charged with conspiracy to commit a felony and injury to a monument in excess of $1,000 in Portsmouth, Virginia. Lucas, who is president pro tempore of the Virginia state Senate, is among 14 people being hit with related charges, which includes Portsmouth school board members, local NAACP chapter members, and three public defenders, according to CNN.

Portsmouth police did not detail exactly what Lucas or the others are accused of doing to merit the charges, according to the Associated Press, but the dismantling of a Confederate monument took place in June during protests that occurred across the country following the death of George Floyd in May. 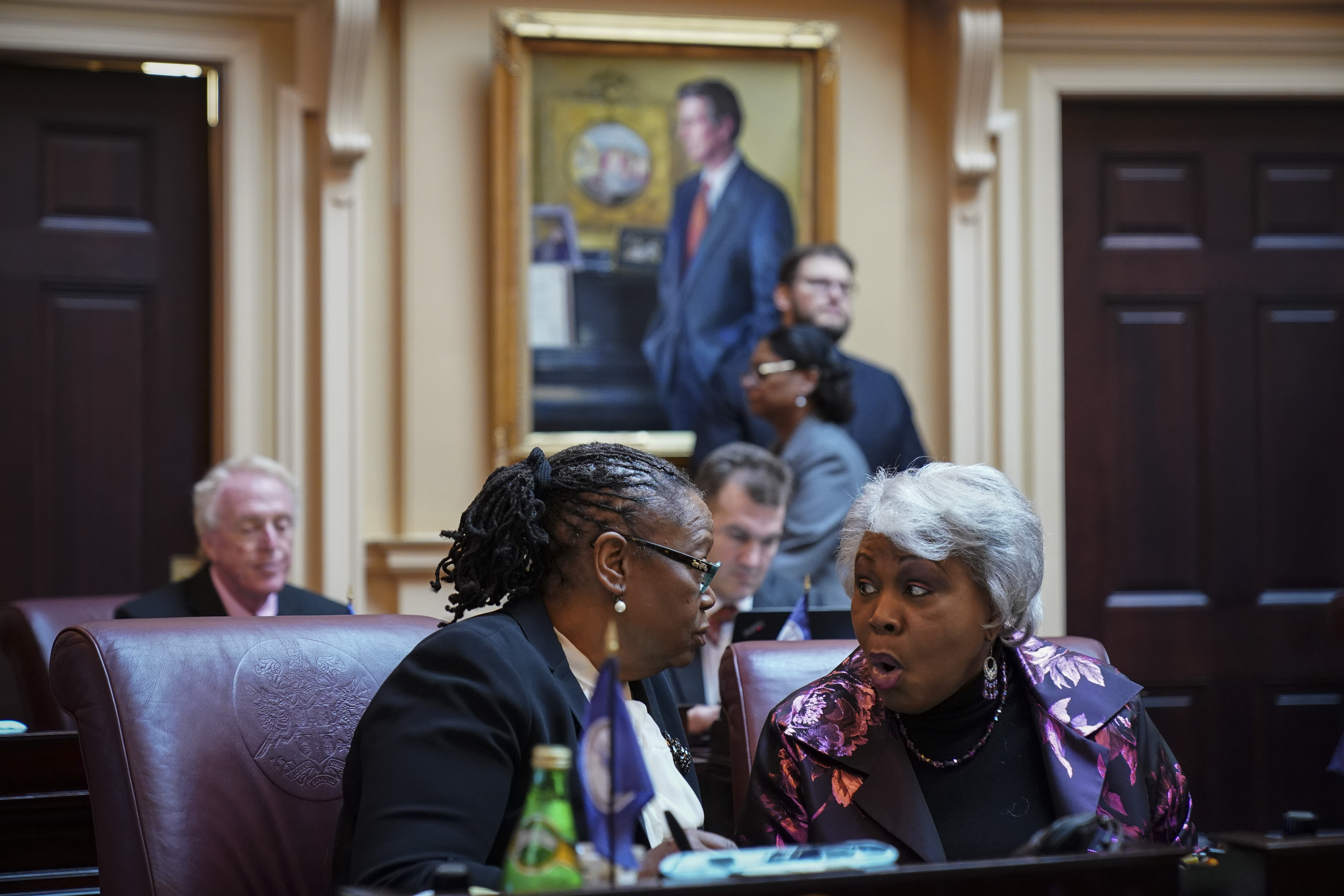 RICHMOND, VA – FEBRUARY 07: (L-R) State Senators Mamie Locke and L. Louise Lucas, both Democrats and members of the Virginia Legislative Black Caucus, speak to each other on the Senate floor at the Virginia State Capitol, February 7, 2019 in Richmond, Virginia. (Photo by Drew Angerer/Getty Images)

Dozens of statues across the country were vandalized or destroyed, including ones of figures like Christopher Columbus and Founding Fathers. The monument in Portsmouth consists of a large obelisk and statues of four confederate military personnel, according to the Associated Press. Some of the statues were beheaded during riots in June, and one was pulled down, injuring a demonstrator. (RELATED: Christopher Columbus Statue In Philadelphia To Be Removed Because It Attracts Violence)

It’s deeply troubling that on the verge of Virginia passing long-overdue police reform, the first Black woman to serve as our Senate Pro Tempore is suddenly facing highly unusual charges.@SenLouiseLucas, I look forward to seeing you in Richmond tomorrow—so we can get to work. https://t.co/flI9W5HnYH

Portsmouth Police Chief Angela Greene requested the charged individuals voluntarily turn themselves in, according to CNN.

“During this time of our nation’s unrest, which was a direct result of the heinous death of Mr. George Floyd, countless monuments across our nation were being defaced by protestors,” Greene said. “Many of those localities investigated the acts of destruction and subsequently charged the responsible parties well after the incidents were over.”

Greene added that the individuals conspired and organized to destroy the monument, and summoned “hundreds of people to join in felonious acts,” ultimately causing thousands of dollars in damage and permanent injury to an individual.

The Republican Party of Virginia Chairman Rich Anderson also called on Lucas to turn herself in to police.

“Felony charges leveled against a sitting state senator are to be taken seriously, and should not be sought out for political gain,” he said in a statement, according to the AP. “It is for that reason that the Republican Party of Virginia calls for Senator Lucas to turn herself in. Immediately.”