A Chicago man was arrested after allegedly trying to sell a $2,700 sweater that he supposedly looted from an upscale boutique during the riots to undercover officers.

The sweater was stolen from Brunello Cucinelli boutique in Chicago during the August 10 lootings, according to the Chicago Sun-Times. One of the store’s employees alerted police after seeing the sweater posted by Melvin Banks, 29, on OfferUp, Assistant State Attorney General James Murphy said. (RELATED: Report: Chicago Police Arrest Woman Who Posted Her Looting Video To Facebook)

Banks reached an agreement with undercover officers to sell them the sweater for $800, Murphy said according to the report. He was arrested Monday night when he met the officers at a strip mall and charged with theft. 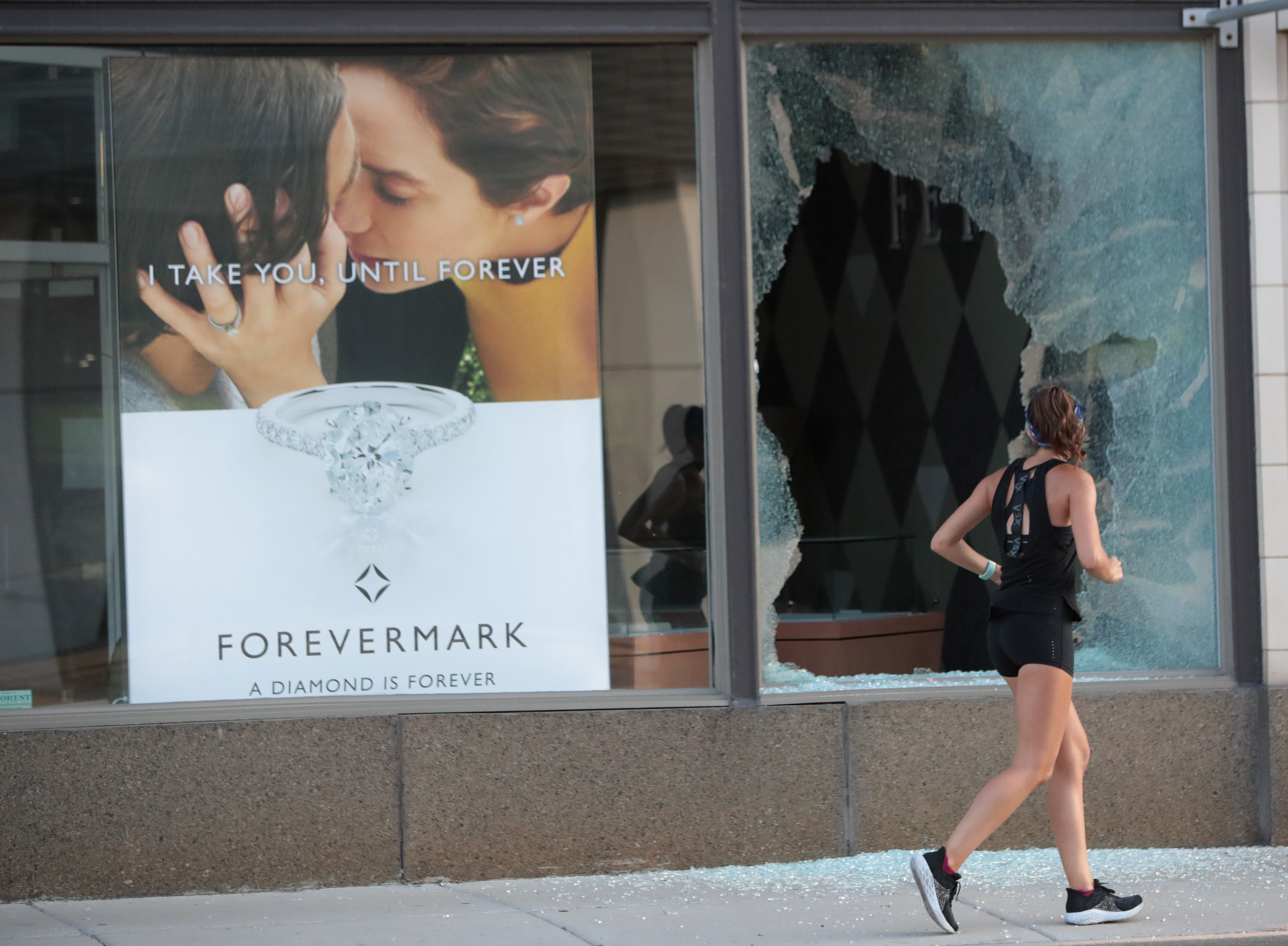 A jogger runs past a broken storefront window after parts of the city had widespread looting and vandalism, on August 10, 2020 in Chicago, Illinois. Police made several arrests during the night of unrest and recovered at least one firearm. (Photo by Scott Olson/Getty Images)

“I don’t know how a $2,000 sweater feels, but it must be immaculate, and feels very, very soft, I’m certain,” Cook County Judge John Lyke Jr. said after hearing the allegations Wednesday. “But that’s a little too rich for my blood.”

Banks, who lives with his parents and has 3 children according to an assistant public defender, is also reportedly facing drug charges and was out on bond. The judge ordered Banks to be held on a $2,000 bail for the stolen sweater.

A woman was charged Tuesday for selling a $1,400 pair of stolen boots from the same store.

The looting began during the night of August 9 when rumors spread surrounding a police shooting where a 20-year-old suspect was wounded. Police said that they were responding to a call of a suspect with a gun when the suspect began shooting at them while running away. Officers returned fire and injured the suspect, who was taken to the hospital for his injuries.

Rumors circulated on social media with false information about the incident, including a claim that the suspect was 15 years old.