Democrat controlled states have higher rates of unemployment, according to the July data from the Bureau of Labor Statistics (BLS).

The United States’ unemployment rate for July was 10.2%, according to the BLS. However, five states with the highest levels of unemployment are well above the national average, per the BLS: 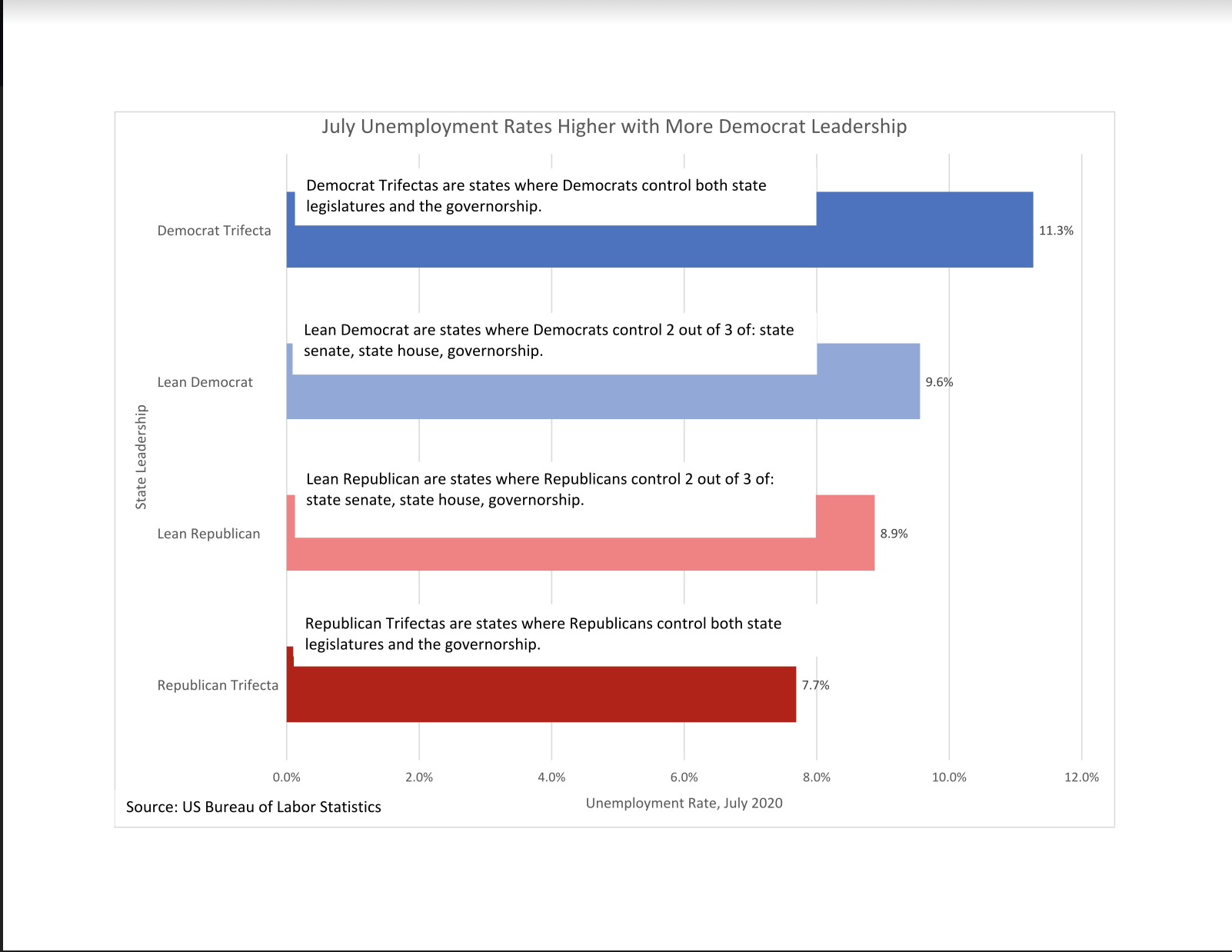 The data comes as the country grapples with the economic fallout stemming from lockdown measures put in place to curb the spread of the pandemic.

In New York, Cuomo imposed a lockdown of nonessential businesses in March. But some researchers say a more targeted approach in New York and other states might have protected public health while also causing less economic pain, according to The New York Times (NYT).

“The blunt instrument of a uniform policy causes more economic and related health harm than is necessary to accomplish the same goal of not increasing infections,” said John Birge, a mathematician at the University of Chicago who authored the study, per the NYT.

Meanwhile, economist Katherine Baicker at the University of Chicago who took part in the research said differentiating between essential and non-essential businesses could’ve been one of the reasons states that instituted broad lockdown measures were hurt.

“The distinction between essential and nonessential businesses is very arbitrary. In a world where policymakers could be nuanced across type of business, geography and time, the policy response could be much better,” she said, according to the NYT.

Data also shows the pandemic affected workers and companies in more Democratic states than in Republican states, according to The Economist.

Between January 15 and April 9, the number of weekly unemployment claims per 100 workers in Trump-supporting states increased from 1.1 to 12.7, whereas Clinton-supporting states saw numbers jump from 1.9 to 16.

A big reason for this data is that consumers in Trump country (which are areas that saw high voter support for Trump in the 2016 election, per The Economist) have been less constrained by lockdowns. Republican governors generally took action to address the pandemic later than their Democratic counterparts and imposed fewer restrictions, according to The Economist.