Labor Secretary Eugene Scalia touted the August job numbers and decline in unemployment under the leadership of President Donald Trump on Labor Day.

In an appearance on Fox News, Scalia discussed the August jobs report, where 1.4 million jobs were added and unemployment dropped to 8.4%. Total non-farm payroll employment went up by 1.4 million in August, according to the Bureau of Labor Statistics report.  The number of unemployed persons also fell from 2.8 million to 13.6 million.

“The experts watching the job markets were saying we wouldn’t get there until maybe late next year,” Scalia said Monday on Fox & Friends, mentioning the unemployment rate fell below 10% for the first time since April. 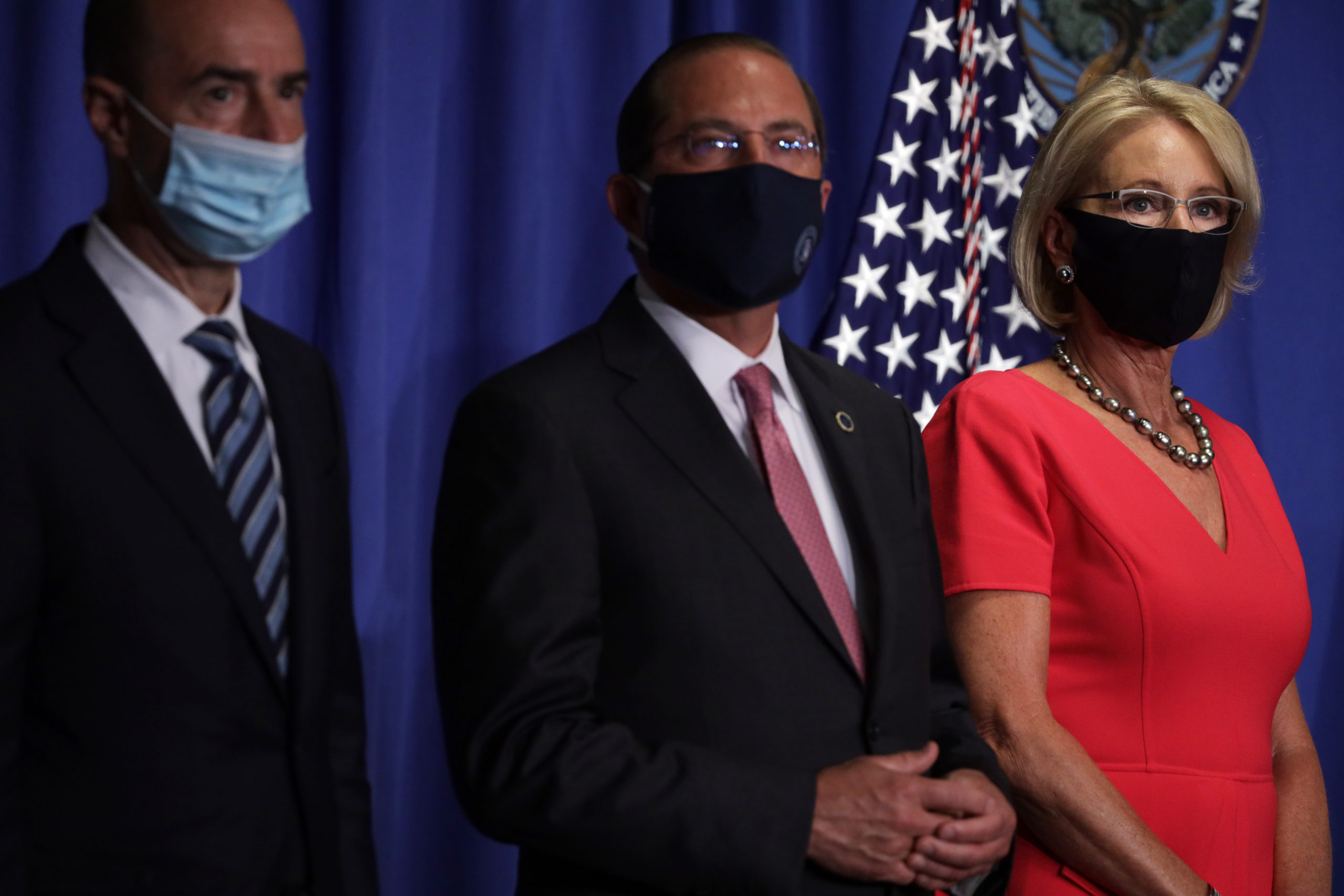 “Under the last administration during the so-called ‘great recession,’ our last economic downturn, it took 34 months, nearly three years to get unemployment down under 8.5%,” Scalia continued, Fox News reported. “The president, the country, we have done it in four months. So, it’s a very strong trend.” (RELATED: US Economy Added 1.4 Million Jobs In August, Unemployment Falls To Lowest Rate Since April)

Scalia then went on to praise Trump for his leadership and negotiations with Congress in order to pass a bill to help provide money to businesses and citizens suffering from the deadly coronavirus pandemic in March.

“There were also the really important relief measures the president took on a bipartisan basis with Congress in March,” Scalia said. “One of those was unemployment relief.” (RELATED: EXCLUSIVE: Trump’s Chief Economist Reacts To August Jobs Report — Predicts Where Unemployment Rate Will Be On November)

White House Chief of Staff Mark Meadows said in late August that he has reached out to Speaker of the House Nancy Pelosi to restart negotiations for a phase 4 stimulus package, something the White House and Congress have not been able to come to an agreement on.