Passengers onboard the flight heroically rushed the cockpit and overpowered hijackers on September 11, 2001, forcing the plane to crash in a field in Pennsylvania. The plane was the only hijacked flight not to hit its intended target on 9/11. The president spoke shortly after the names of the 40 individuals on the flight were read aloud, with moments of silence and bells ringing following each name. 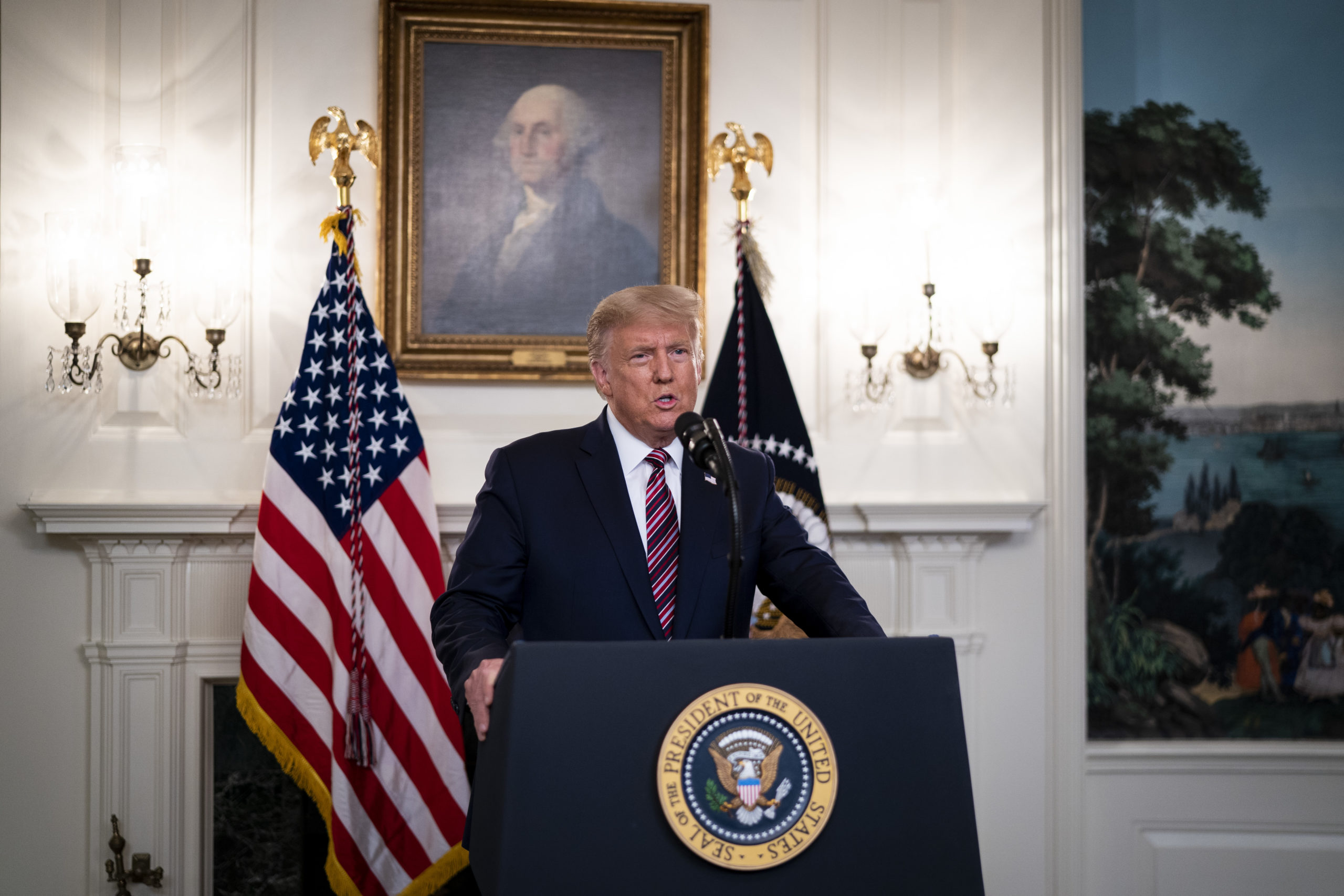 “The heroes of Flight 93 are an everlasting reminder that no matter the danger, no matter the threat, no matter the odds, America will always rise up, stand tall and fight back,” Trump stated. “The men and women of flight 93 were mothers and fathers, sons and daughters, husbands and wives. Nothing could have prepared them for the dreadful events of that morning. But when the moment came, when history called, they did not hesitate, they did not waiver.”

“Our sacred task, our righteous duty, and our solemn pledge is to carry forward the noble legacy of the brave souls who gave their lives for us 19 years ago,” he closed. “In their memory, we resolve to stand united as one American nation, to defend our freedoms, to uphold our values, to love our neighbors, to cherish our country, to care for our communities, to honor our heroes, and to never, ever forget.”

The president will follow his remarks with a Medal of Honor ceremony at the White House on Friday afternoon. The recipient, Army Ranger Sgt. Maj. Thomas Payne, is the first person who took part in the United States’ campaign against ISIS, Operation Iraqi Freedom, and the first living member of Delta Force to receive the Medal of Honor. (RELATED: Army Soldier To Receive Medal Of Honor For Saving Dozens Of ISIS Hostages Facing Execution)

You can watch the entire Shanksville memorial service here.