CNN host Wolf Blitzer described Barrett as a judge who “will decide cases based on the Constitution as written.” He asked reporter Ariane de Vogue to describe “what we would anticipate if she does become a justice on the Supreme Court over the next 30 or 40 years.”

She began to speak and could barely be heard as she referred to the enthusiastic crowd behind her shouting “CNN: fake news!” as “Trump supporters” who were providing “a little bit of commentary.” (RELATED: ‘Fake News’: Trump Calls Out CNN, MSNBC And Fox News In A Single Tweet)

Blitzer quickly interjected, “I want you to stand by, we can barely hear what you are saying because of the crowd behind you … Stand by for a moment. He then asked another panelist to “explain the legal consequences of what we heard from the president and from the Supreme Court nominee.”

Trump supporters and critics of CNN have voiced their opinions of the network as a source of “fake news” on live television before.

The president’s decision to nominate Barrett was the result of the death of Justice Ruth Bader Ginsburg at the age of 87 over a week ago. (RELATED: CNN Reacts After Trump Shares A Video Mocking The Network For Spreading ‘Fake News’) 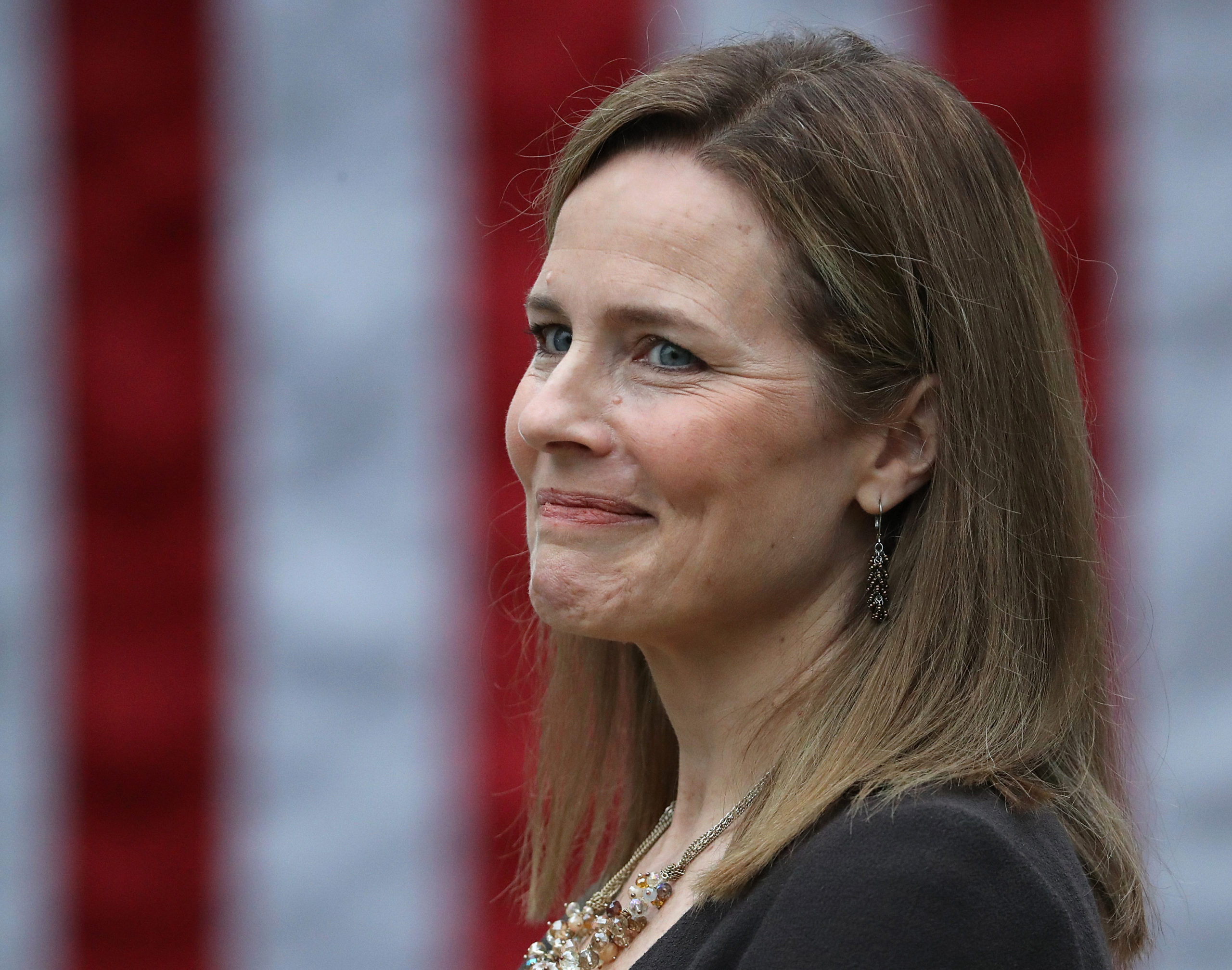 Seventh U.S. Circuit Court Judge Amy Coney Barrett looks on while being introduced by U.S. President Donald Trump as his nominee to the Supreme Court during an event in the Rose Garden at the White House September 26, 2020 in Washington, DC. (Photo by Chip Somodevilla/Getty Images)

Trump indicated last Saturday that he intended to nominate a replacement “without delay” and Senate Majority Leader Mitch McConnell has promised to deliver a vote on that nomination.

Some Democrats have vowed to pack the Supreme Court with additional seats if the Republicans confirm Barrett.