Former Vice President Joe Biden holds a 10-point lead over President Donald Trump nationally and a 9-point lead in the key battleground state of Pennsylvania, according to a poll published Tuesday by ABC and The Washington Post.

Biden leads Trump by 54-45 in Pennsylvania, according to the data collected on ABC and The Post’s behalf by Langer Research Associates. The Democratic nominee for president leads Trump 54-44 at the national level.

In Pennsylvania, 25 percent of respondents listed the economy as the top priority heading into November, followed by the coronavirus pandemic (18), “crime and safety” (14), “equal treatment of racial groups” (13), health care (12), and the Supreme Court (9). Trump slightly leads Biden by 1 point on who respondents trust more to handle the economy (49-48). Biden led Trump on the other issues, with margins ranging from 3 percent on “crime and safety” to 20 percent on “equal treatment of racial groups.” (RELATED: EXCLUSIVE: Trump Has Nearly Doubled His Asian American Support Since 2016 — Campaign Says It’s Their Outreach Operation) 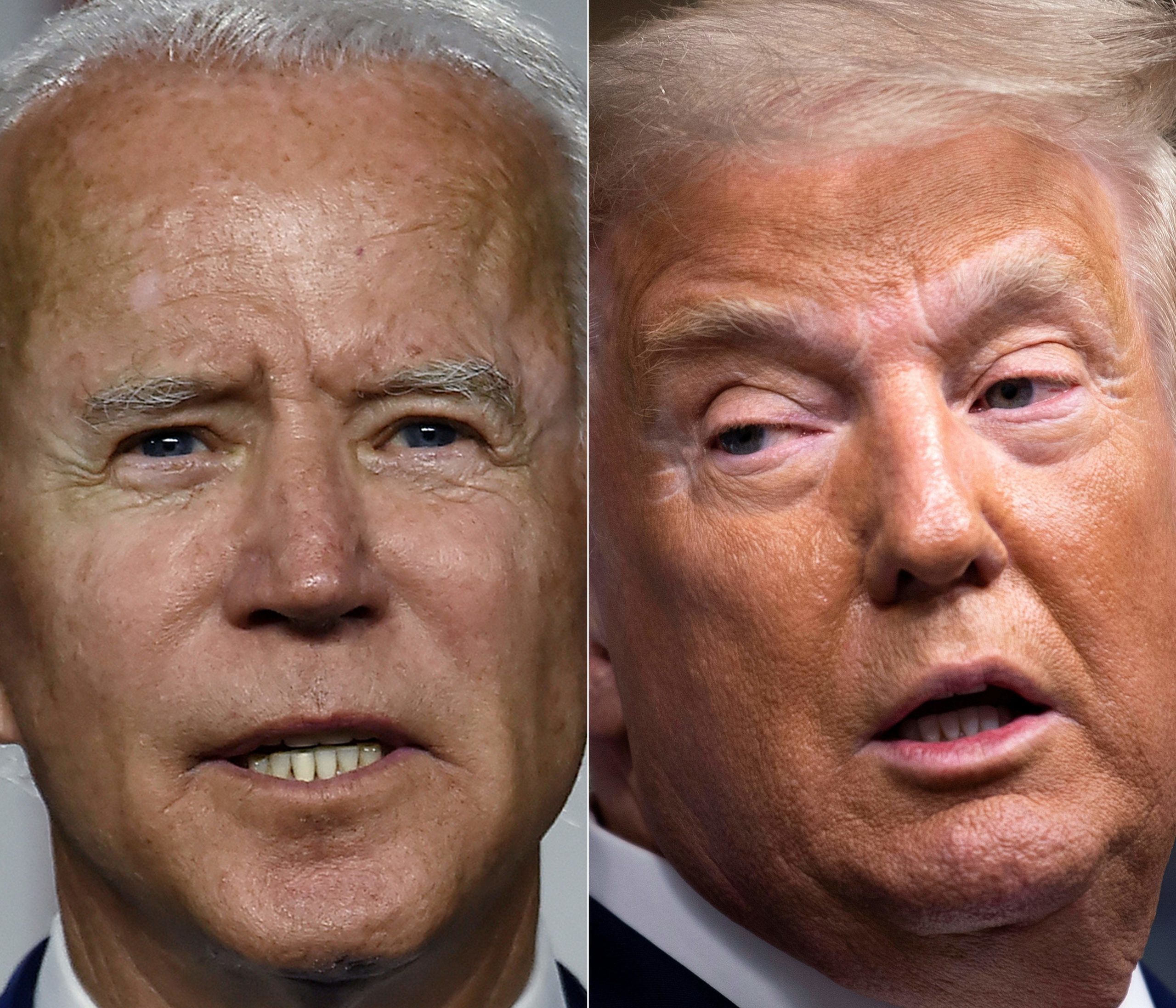 This combination of pictures created on September 28, 2020 shows Democratic presidential candidate and former Vice President Joe Biden (L) speaking at a “Build Back Better” Clean Energy event on July 14, 2020 at the Chase Center in Wilmington, Delaware, and US President Donald Trump speaking during a briefing at the White House September 27, 2020, in Washington, DC. (Photo by OLIVIER DOULIERY,BRENDAN SMIALOWSKI/AFP via Getty Images)

Trump holds significant advantages over Biden in some key areas, namely the enthusiasm gap (20 points) and among voters who plan to vote in-person on election day (21 points). Sixty-seven percent of respondents in Pennsylvania said they planned to cast in-person votes on election day, significantly higher than other battleground states recently polled by ABC and The Post.

A poll Wednesday published by ABC, WaPo, and Langer Research Associates showed Trump leading Biden among likely voters in both Arizona and Florida. Like the poll published Monday, the Wednesday survey also showed the economy and coronavirus as the clear top-two issues among battleground state voters.

The ABC poll released Monday surveyed 702 registered Pennsylvania voters — 567 of whom said they were “likely voters” — by telephone between September 21-26, and the data has a 4.5 percent margin of error. The break down of political parties showed 38 percent of participants were Democrats, 32 percent were Republicans and 23 percent were Independents.

Trump and Biden will square off Tuesday night in the first 2020 presidential debate in Cleveland, Ohio.