The Diocese of Rockville Centre in Long Island, New York has become the largest diocese in the U.S. to declare bankruptcy to protect itself from the 200 lawsuits over sexual abuse allegations that it’s facing, the New York Times reported. 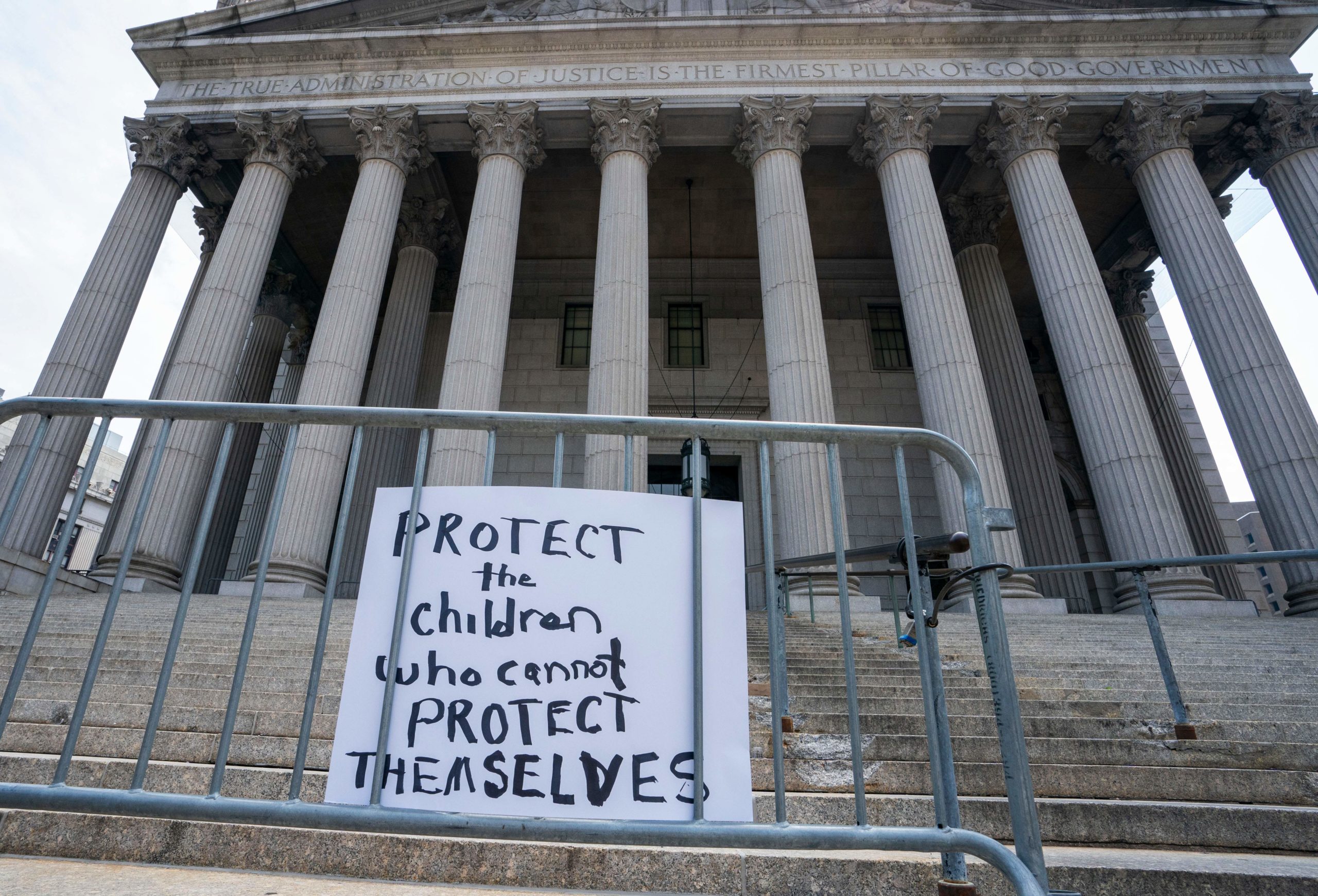 A sign is displayed on the steps of the New York County Supreme Court after protesters called on the Archdiocese of New York, Diocese of Brooklyn and Diocese of Rockville Centre to help survivors of clergy sexual abuse in New York, during a news conference August 14, 2019 in New York. (Photo by Don Emmert / AFP) (DON EMMERT/AFP via Getty Images)

The diocese determined that it “was not going to be able to carry out its spiritual, charitable and educational missions” in the face of “the increasing burden of litigation expenses,” Bishop John O. Barres said in a video message.

The New York State’s Child Victims Act was passed in 2019 and suspended the statue of limitations to allow sex abuse victims to pursue decades-old abuse allegations against adults. Since then, more than 200 lawsuits allegeing sexual abuse by clergy were filed against the diocese, which serves around 1.4 million Catholics on Long Island.

The diocese was also facing financial difficulty due to the pandemic, which caused a decrease in annual revenue from offertory collections, according to the Times.

“The financial burden of the litigation has been severe and only compounded by the COVID-19 pandemic,” Bishop John Barres, the spiritual leader of the diocese, said in a video posted on the diocese’s website according to the Associated Press. “Our goal is to make sure that all clergy sexual abuse survivors and not just a few who were first to file lawsuits are afforded just and equitable compensation.”

Two other dioceses in New York have filed for bankruptcy, including the Diocese of Rochester, which was the first to do so last year, and the Diocese of Buffalo. Both reportedly cited the Child Victims Act.

The act allows any person who was under the age of 18 when they were sexually abused can file a lawsuit without time limitations — a move that rectifies former laws allowing victims to file lawsuits against institutions only after 21 and against perpetrators after 23. (RELATED: Dozens Of Alleged Child Sex Abuse Victims Line Up To Sue Catholic Church After NY Law Goes In Effect)