President Donald Trump, first lady Melania Trump and Hope Hicks, a top aide to the president, have all tested positive for coronavirus following a packed week of governing and campaigning.

White House officials have said they are currently conducting contact tracing and have not released names of any additional confirmed positive cases. 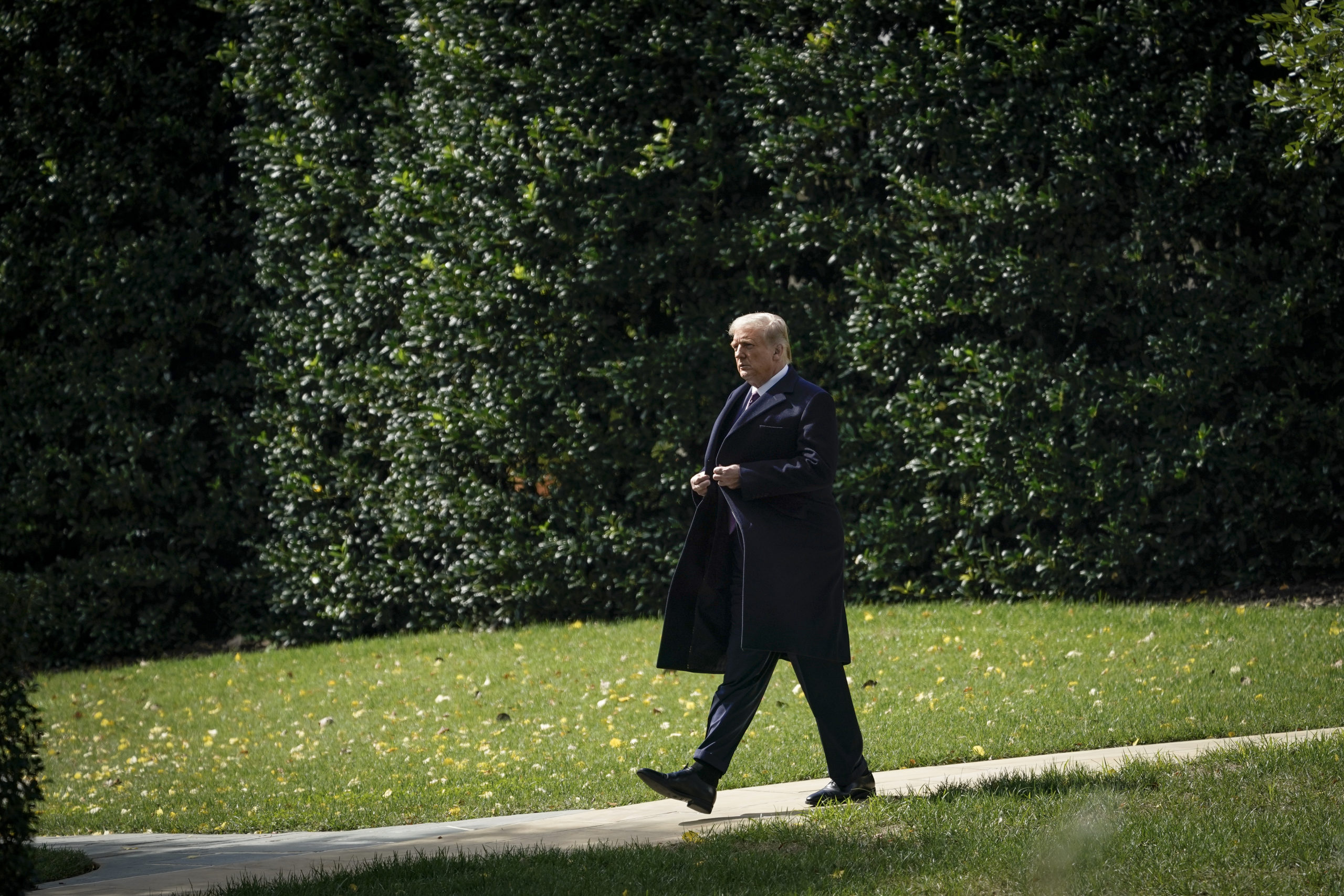 WASHINGTON, DC – OCTOBER 01: U.S. President Donald Trump exits the Oval Office and walks to Marine One on the South Lawn of the White House on October 1, 2020 in Washington, DC. President Trump is traveling to Bedminster, New Jersey on Thursday for a roundtable event with supporters and a fundraiser. (Photo by Drew Angerer/Getty Images)

Trump conducted debate preparation with top aides and met with Judge Amy Coney Barrett at the White House on Monday and Tuesday, according to The New York Times. He shared the debate stage Tuesday evening with former Vice President Joe Biden. The pair did not wear masks during the televised event, but remained socially distant throughout the evening. Fox News’ Chris Wallace, who moderated the debate, and Dr. Jill Biden were also present in the room at one point in time. CNN reports that the Bidens are expected to be tested Friday.

New: In light of the president’s positive test, former Vice President Joe Biden is expected to get tested for coronavirus this morning, a source familiar with his plans tells @jamiegangel

Secretary of Education Betsy DeVos and Health and Human Services Secretary Alex Azar joined him in the Rose Garden on Monday to discuss the federal government’s plan to ship 150 million rapid coronavirus tests to all 50 states and select at-risk communities.

The president also campaigned in Washington, DC, Minnesota, and New Jersey during the week, holding both public events and meeting with scores of supporters behind closed doors.

He was joined on Air Force One by a number of top administration and campaign officials for flights to Minnesota and Ohio for the debate.

O’Brien and Guilfoyle both previously tested positive for coronavirus over the summer.

… here’s everyone hope hicks has traveled with recently. pic.twitter.com/R4cUKcSObW

This is a developing story and will be updated when new information becomes available.