The U.S. economy added 661,000 jobs in September, while unemployment fell to 7.9%, according to Department of Labor data released Friday.

Total non-farm payroll employment rose by 661,000 in September, according to the Bureau of Labor Statistics report, and the number of unemployed persons fell by 1 million to 12.6 million. In August, the unemployment rate fell below 10% for the first time since April when the rate reached 14.7%.

“These improvements in the labor market reflect the continued resumption of economic activity that had been curtailed due to the coronavirus pandemic and efforts to contain it,” the report said. “In September, notable job gains occurred in leisure and hospitality, in retail trade, in health care and social assistance, and in professional and business services.” (RELATED: New Unemployment Claims Decrease To 837,000, Beat Expectations)

There was a decline in government jobs, mainly in state and local education, according to the Bureau of Labor Statistics.

“Clearly there has been a moderation in the rate of improvement from the early stages,” the head of U.S. economics at Bank of America Michelle Meyer said, according to The New York Times.

“As we get further away from the initial shock, we have less of a natural catch-up, and we face more residual damage.”

Economists projected 800,000 Americans to be added to payrolls and the unemployment rate to drop to 8.2% prior to Friday’s report, according to CNBC.

September marked the fifth straight month of both increasing jobs and dropping unemployment since the country lost a record 20.5 million jobs due to the coronavirus pandemic closures in April, according to Bloomberg News. 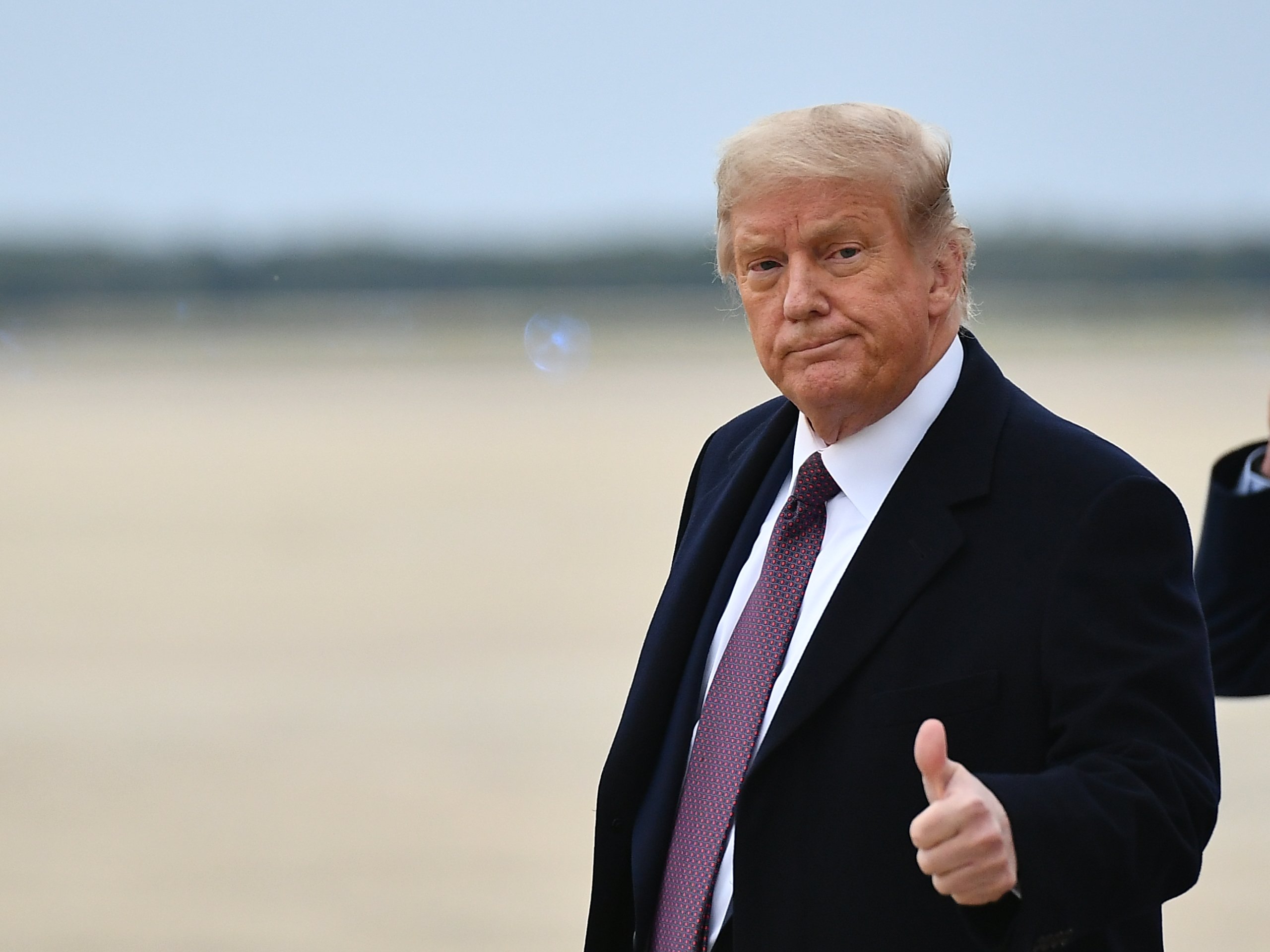 President Donald Trump gives a thumbs up as he steps off Air Force One upon arrival at Andrews Air Force Base in Maryland on October 1, 2020. (Mandel Ngan/AFP via Getty Images)

Disney announced Tuesday it was laying off 28,000 employees while airlines have furloughed tens of thousands of employees, the Wall Street Journal reported. Insurance company Allstate announced significant layoffs on Wednesday, according to The Times.

Personal income decreased $543.5 billion, or 2.7%, in August due to the expiration of unemployment insurance benefits for many Americans, the Bureau of Economic Analysis announced Thursday. Personal income increased slightly in July.

Meanwhile, the House of Representatives passed a second coronavirus stimulus package Thursday largely along party lines, according to CNBC. The Democrats and the White House remain far apart on the contents of the bill, however.