Two of Kayleigh McEnany’s closest aides have contracted coronavirus, news that comes just after the White House press secretary announced her own positive diagnosis on Monday.

Bloomberg’s Jennifer Jacobs also reported Monday that assistant press secretary Karoline Leavitt has also tested positive for coronavirus, which would appear to confirm reporting from Friday indicating that a communications staffer who sits in the area of the White House known as “lower press” had tested positive.

.@ABC News has learned Chad Gilmartin a member of the White House press shop also is positive. Sources tell us test came back positive over the weekend.

This is accurate. White House communications aides Chad Gilmartin and Karoline Leavitt both have coronavirus, I’m told. Other mid-level staffers have tested positive, too, in recent days. https://t.co/dDCMJHDZ0b

The White House declined to comment on the health status of either Gilmartin or Leavitt, but White House officials familiar with the diagnoses, speaking anonymously as they had not been cleared to discuss the topic, confirmed both to Daily Caller. 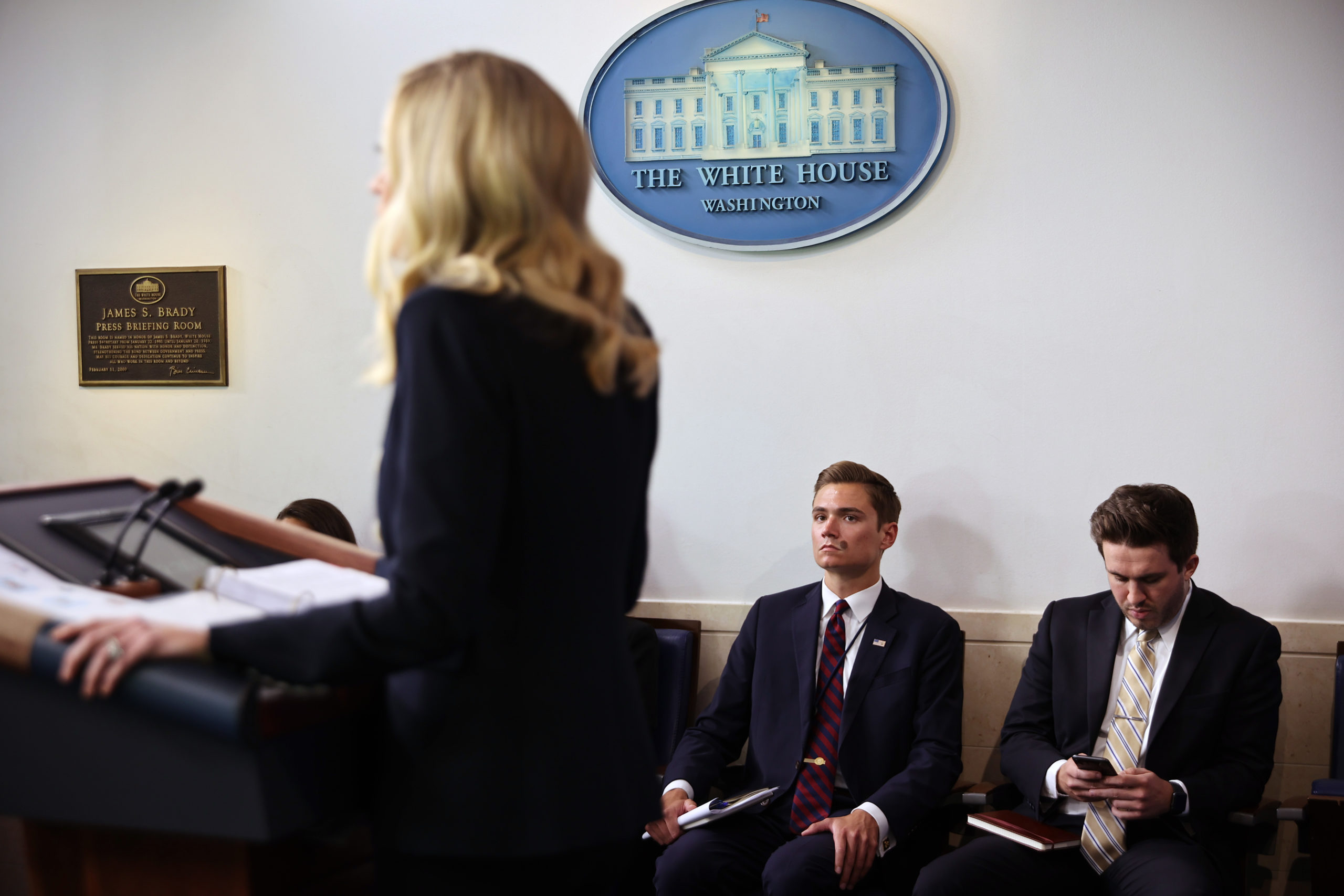 WASHINGTON, DC – JUNE 01: Principal Assistant Press Secretary Chad Gilmartin (C) and Senior Communications Advisor Ben Williamson attend White House Press Secretary Kayleigh McEnany’s news conference in the Brady Press Briefing Room at the White House June 1, 2020 in Washington, DC. Earlier in the day, President Donald Trump encouraged U.S. governors to be more aggressive against violent protesters following several nights of nationwide violence in response to the death of George Floyd while in the custody of the Minneapolis police. “You have to dominate or you’ll look like a bunch of jerks, you have to arrest and try people,” he was reported saying during a call from the basement White House Situation Room. (Photo by Chip Somodevilla/Getty Images)

McEnany herself released a statement on Monday morning announcing her own case just days after President Donald Trump was admitted to Walter Reed National Military Medical Center for coronavirus treatment.

“After testing negative consistently, including every day since Thursday, I tested positive for COVID-19 on Monday morning while experiencing no symptoms,” the statement reads. “No reporters, producers, or members of the press are listed as close contacts by the White House Medical Unit.”

McEnany, who has held multiple briefings with reporters over the past five days, added that she “definitively had no knowledge of Hope Hicks’ diagnosis prior to holding a White House press briefing on Thursday.”

“As an essential worker, I have worked diligently to provide needed information to the American People at this time,” she continued. “With my recent positive test, I will begin the quarantine process and will continue working on behalf of the American People remotely.”