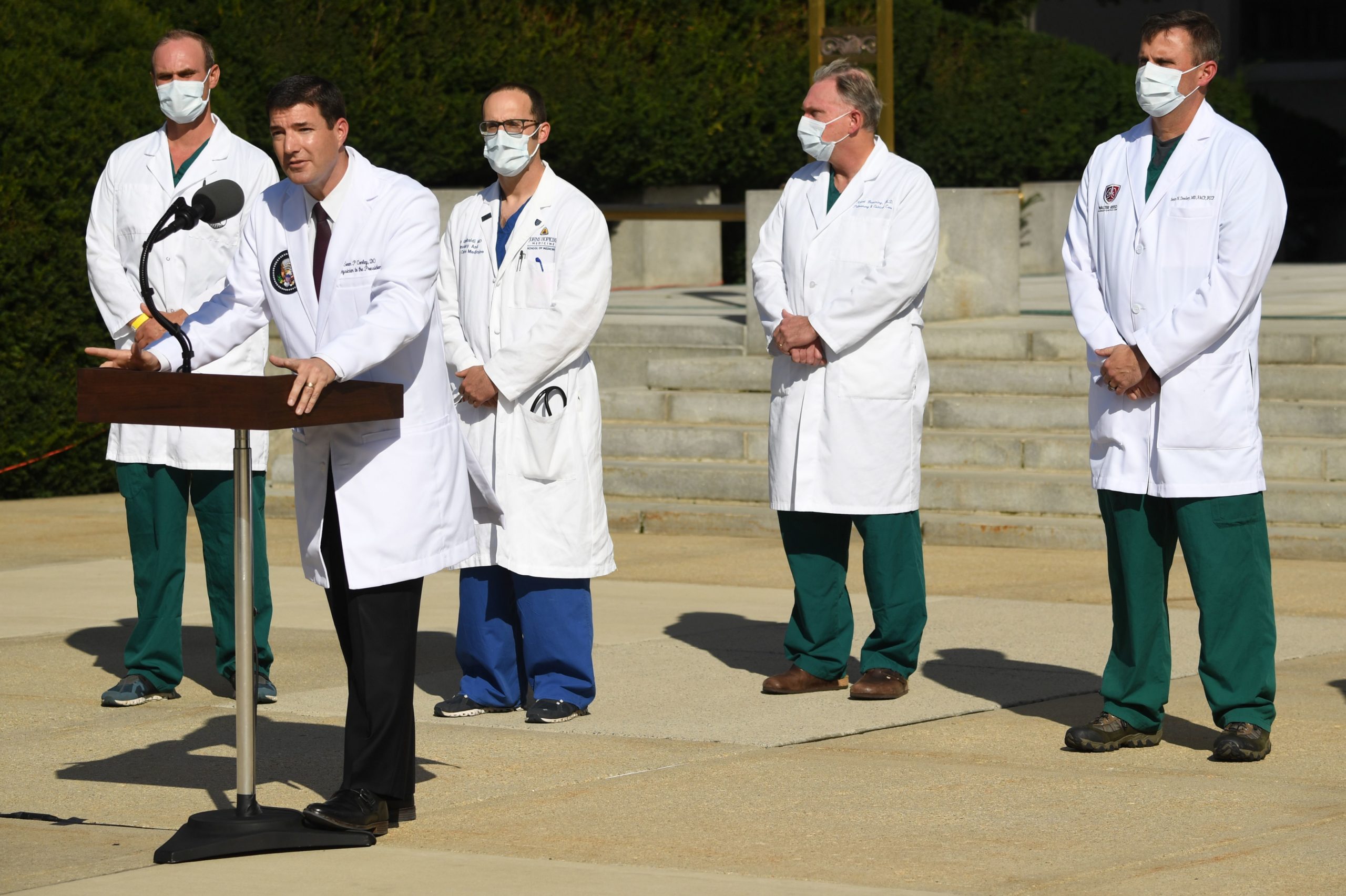 White House physician Sean Conley (C) answers questions surrounded by other doctors, during an update on the condition of US President Donald Trump, on October 5, 2020, at Walter Reed Medical Center in Bethesda, Maryland. (Photo by SAUL LOEB/AFP via Getty Images)

Conley, holding a briefing on Trump’s health outside Walter Reed National Military Medical Center, brushed off the first attempt to gauge when POTUS last tested negative by saying that he is “not involved with” the contact tracing process. (RELATED: White House Press Secretary Kayleigh McEnany Tests Positive For Coronavirus)

“Everyone wants that,” Conley responded without elaborating when the question was asked a second time later in the briefing.

Conley stated that the Health Insurance Portability and Accountability Act (HIPAA) “precludes” him from going into too much depth” on issues the patient does not wish to be disclosed after he was asked a third time when Trump last tested negative.

It should be noted that the third time the negative test question was asked, a question about any potential abnormal results was shouted simultaneously, and reporters present at the briefing were not sure which question Conley specifically responded to.

Conley’s briefing was held roughly one hour after Trump himself announced that he would be returning to the White House later Monday evening.