New York City’s restaurant industry has contracted since the pandemic prompted nationwide business closures, which was a heavy blow to small businesses.

Tyler Hollinger, New York City restaurateur and owner of Festivál, a cocktail cafe in the city’s Upper East Side, opened his business in September amid the restrictions on restaurants and bars. Hollinger reocunted to the Daily Caller the actions taken by politicians to stop the spread of the coronavirus, describing them as being rooted more in politics than science. 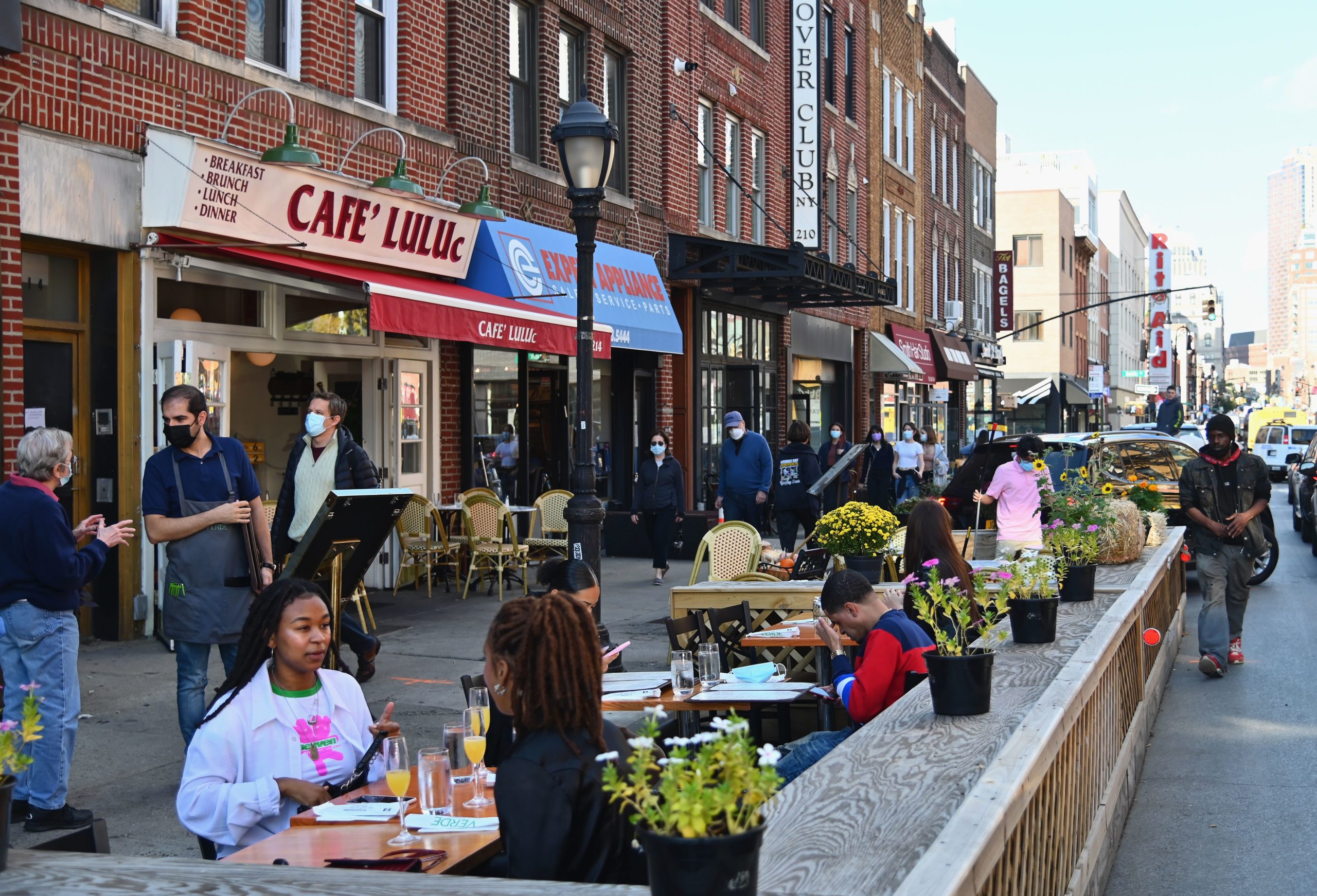 People dine outside at a restaurant on October 2, 2020 in the Brooklyn borough of New York City. (Photo by ANGELA WEISS/AFP via Getty Images)

“Citywide laws are wide sweeping, egregious, and applied as a blanket no matter what you’re serving,” Hollinger told the Caller. While his restaurant opened in September, building and construction began in November 2019, and the pandemic postponed the cafe’s opening from March to September.

“Cuomo and De Blasio came in with the statement ‘you must order food if you order alcohol” which is insane for bars and cocktail cafes who don’t have a food program, so we had to pivot very swiftly to offer a sign in at food program.”

In July, Democratic New York Gov. Andrew Cuomo placed new limits on restaurants and bars’ ability to serve alcohol, banning the sale of alcohol to customers who do not also buy food. While in normal times, some establishments may meet the requirement by serving small snacks like popcorn or chips, Cuomo said bars and restaurants offering outdoor dining must offer something closer to a meal, the New York Times reported. Additionally, patrons must have seats and aren’t allowed to stand or linger with a drink in hand. (RELATED: New York City May Lose Half Of All Bars, Restaurants, Audit Shows)

“We were always a bar first and restaurant second, but had to pivot because the mayor wasn’t even allowing people to sit at the bar. This is also insane and the logic here is not based in data or science, it’s based in politics,” Hollinger said. 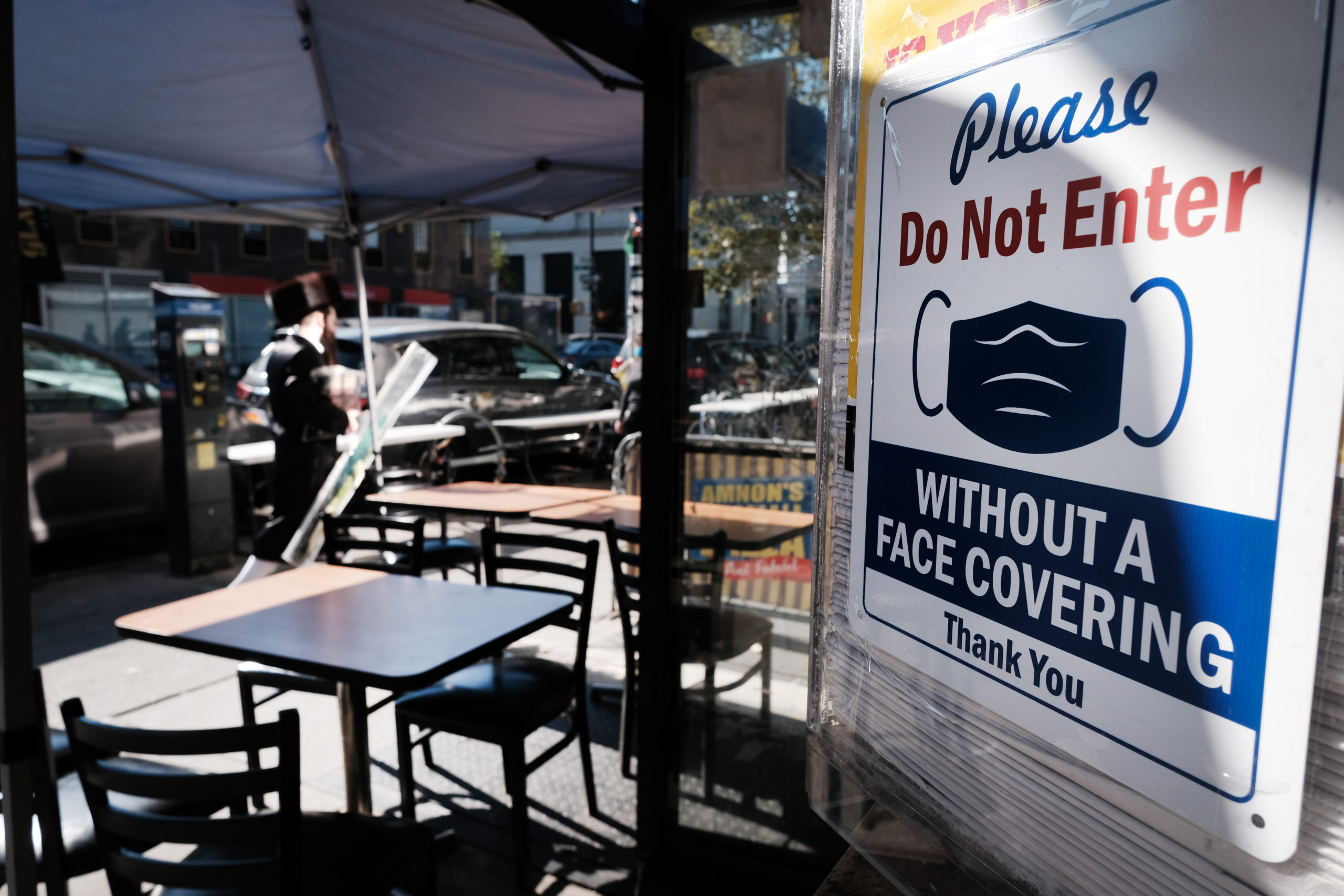 NEW YORK, NEW YORK – OCTOBER 05: A sign outside a restaurant reads “Please do not enter without a face covering” in the Brooklyn neighborhood of Borough Park on October 05, 2020 in New York City. (Photo by Spencer Platt/Getty Images)

More than six months into the pandemic, restaurants in New York City continue closing en masse, unable to pay rent or any remaining staff. Between March 1 and September 1, close to 150 restaurants and bars have closed, according to Eater, while the New York Times estimated at least 1,000 have closed. An audit released in October showed that half of all New York City bars and restaurants may be shutting their doors for good within six months.

Cuomo announced in early September that the prohibition on indoor dining would be lifted Sept. 30 to allow 25% capacity inside restaurants, an easing of the strict rules. But the reopening still isn’t enough for many restaurants. While more than 10,300 restaurants were allowed to switch to outdoor dining per a program that Mayor Bill De Blasio extended into the winter, operating outdoors in the cold weather may present new problems.

“Opening at  25% capacity in NYC, it’s not gonna cut it. Not having people able to sit at the bar isn’t going to cut it either,” Hollinger told the Caller. “Fifty to 70% of bars and restaurants are closed for good, they’re not coming back. It’ll just be a while before someone in comes takes their place.”

Hollinger explained the already high barrier for entry for restaurants seeking to do business in the city.

“The way that rents and landlords work in NYC, it makes it a very hostile environment for businesses, especially with how the bureaucracy and city government work. There’s crazy amounts of red tape, fines, penalties, licensing fees, permitting fees that are not helping anyone but just going to the pockets of politicians.”

Many people may wonder why outdoor dining wasn’t tried before. It’s because of a costly process of getting permission from governing authorities.

“We didn’t have it before because bars and restaurants had to pay for a DCA sidewalk cafe license which is usually like $8,000 to $14,000 a year, that you would just pay the city to use the sidewalk in front of your establishment,” Hollinger said. “And if you really want to talk about crazy, to get a DCA sidewalk cafe license, you have to get approved by 6 other city government agencies. It takes over a year and half, so New York may say they’re small business friendly but they don’t behave that way.” 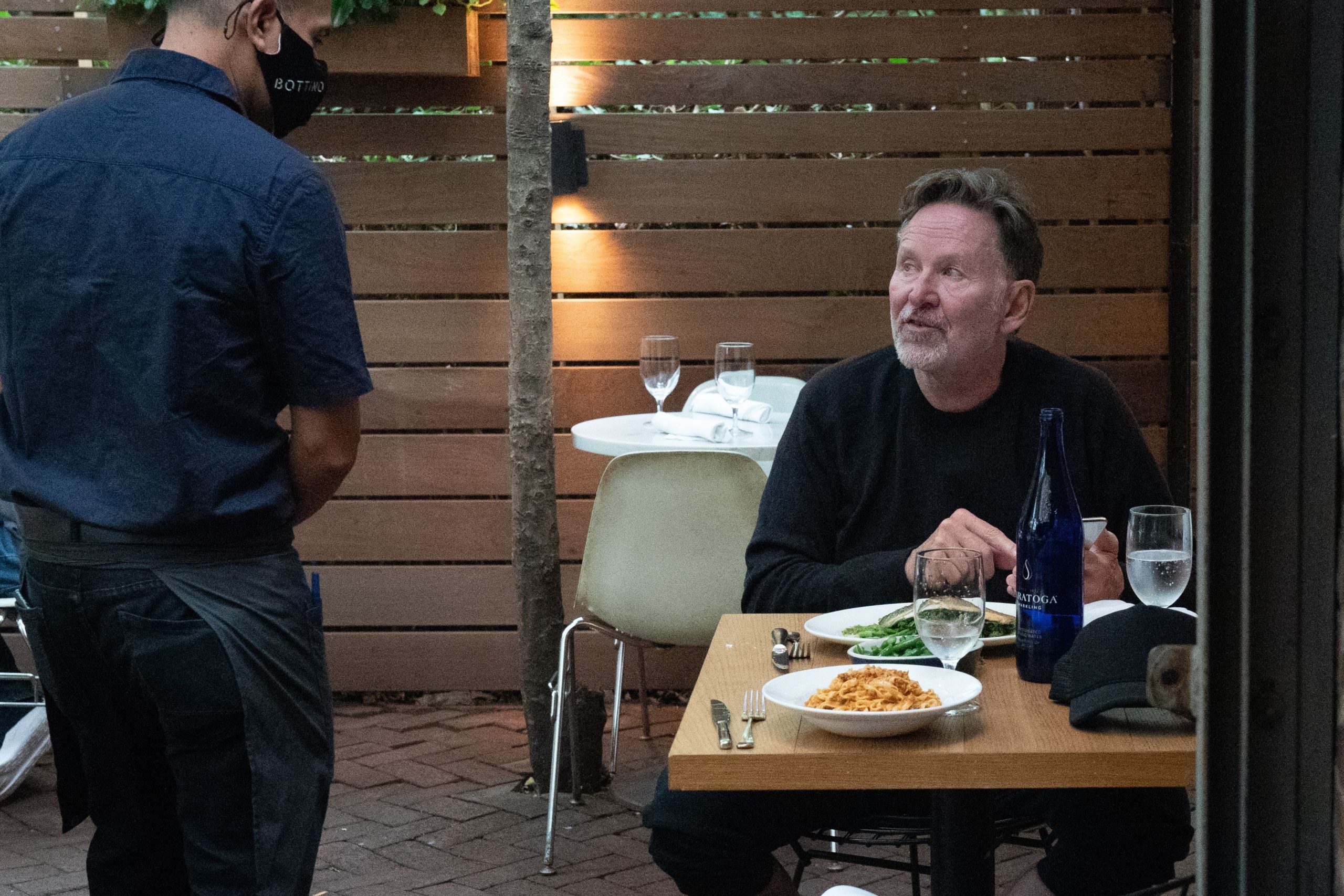 Manhattan also experienced the largest decline in real estate sales in 30 years in July, with additional pressure on the rental market since renters can easily leave the city, leaving many pessimistic about the city’s future.

Hollinger, however, is optimistic that the city will rebound, but not because of New York City’s leadership, but because of the sense of personal responsibility among New Yorkers.

“That’s one of the best things about New Yorkers, they wear their masks, wash their hands, keep their distance, they’re responsible individuals. New York businesses, bars, and restaurants aren’t dead, it’s just changing. It would be wonderful if the government would step back and let the people govern themselves.”