President Donald Trump returned Wednesday to the West Wing, during which he recorded a message expressing his good health and touting the experimental coronavirus antibody therapy produced by Regeneron that he credited with his supposed rapid recovery.

“These are things that nobody ever thought of. The job the scientists — the labs — that everybody’s done is incredible,” Trump stated. “They call it therapeutic, but to me it wasn’t therapeutic. It just made me better, ok, so I call that a cure.” (RELATED: ‘Go To Sleep’ — Some White House Aides Worry Trump Will Address Nation Too Soon) 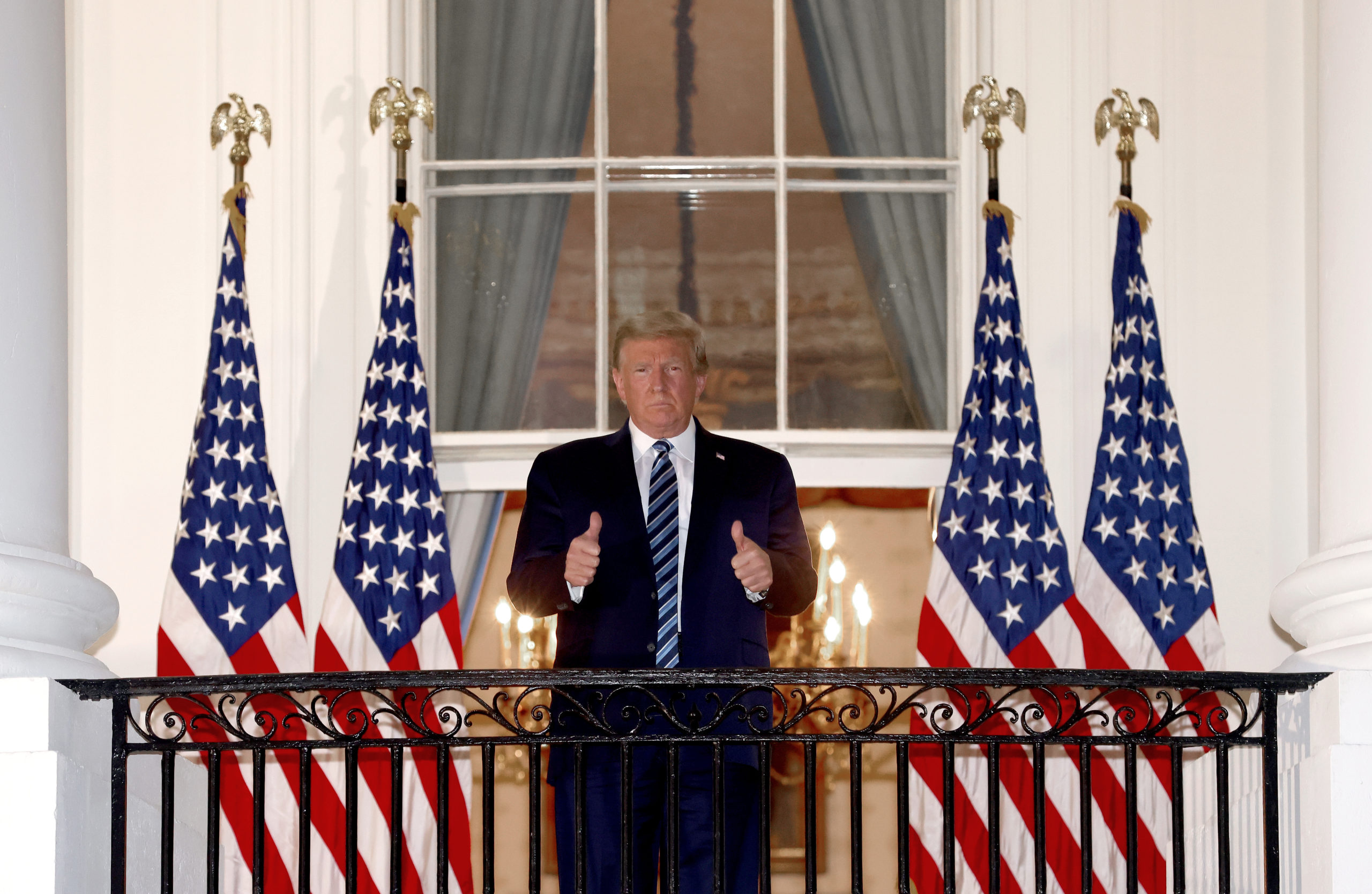 “For me, I walked in. I didn’t feel good. A short 24 hours later, I was feeling great. I wanted to get out of the hospital,” he added later in the video. “And that’s what I want for everybody. I want everybody to be given the same treatment as your president.”

The president additionally urged the Food and Drug Administration to grant the Regeneron therapy an emergency use authorization and stated he wants to make it “free” to the public.

A MESSAGE FROM THE PRESIDENT! pic.twitter.com/uhLIcknAjT

Despite leaving Walter Reed National Military Medical Center on Monday, Trump fielded a series of briefs inside the Oval Office, as confirmed by White House chief of staff Mark Meadows to the press pool Wednesday evening.

The president wanted to return to the West Wing and potentially address the nation Tuesday, but senior White House officials convinced him to stay isolated in the White House residence, Meadows told reporters Wednesday morning.