Republican National Committee (RNC) Chairwoman Ronna McDaniel said Sunday that the Commission on Presidential Debates (CPD) is “corrupt” and “in the pocket of Joe Biden.”

Even though there are Republicans on the committee, McDaniel told CBS News’ “Face the Nation” that its members are not friendly towards President Donald Trump.

“Those Republicans have been very critical of this president … they did not follow the science. It was done unilaterally without talking to the candidates,” McDaniel said.

McDaniel added that the commission “interfered in the election” by cancelling the second presidential debate.

“It is corrupt. It is what D.C. is,” she said. “They are in the pocket of Joe Biden, and they prevented the American public from seeing these candidates debate and it’s wrong for the country.” (RELATED: RNC Chairwoman Ronna McDaniel Tests Positive For COVID-19)

But the RNC chair said she doesn’t think missing at least one presidential debate is having an adverse affect on Trump’s popularity with voters.

“We’ve seen the president actually increase in his numbers. I think voters are very angered by the corrupt debate commission, that they would cancel a debate. I think it feeds into the belief that this 47 years that Joe Biden has had in D.C. is again protecting him from facing the voters. And Americans are frustrated that this election commission interfered with our ability to see these two candidates debate,” McDaniel said.

Trump campaign spokeswoman Erin Perrine reached a similar conclusion last week when she dismissed the objectivity of the CPD.

The spokeswoman made the comments in response to the commission’s initial offer of a virtual presidential debate this week.

A Daily Caller Foundation assessment confirmed that a clear majority of the members on the committee were either Democratic supporters or anti-Trump Republicans. (RELATED: Ronna McDaniel Defends Having Attendees At Convention, Blasts Biden For Saying He May ‘Shut This Country Down Again’) 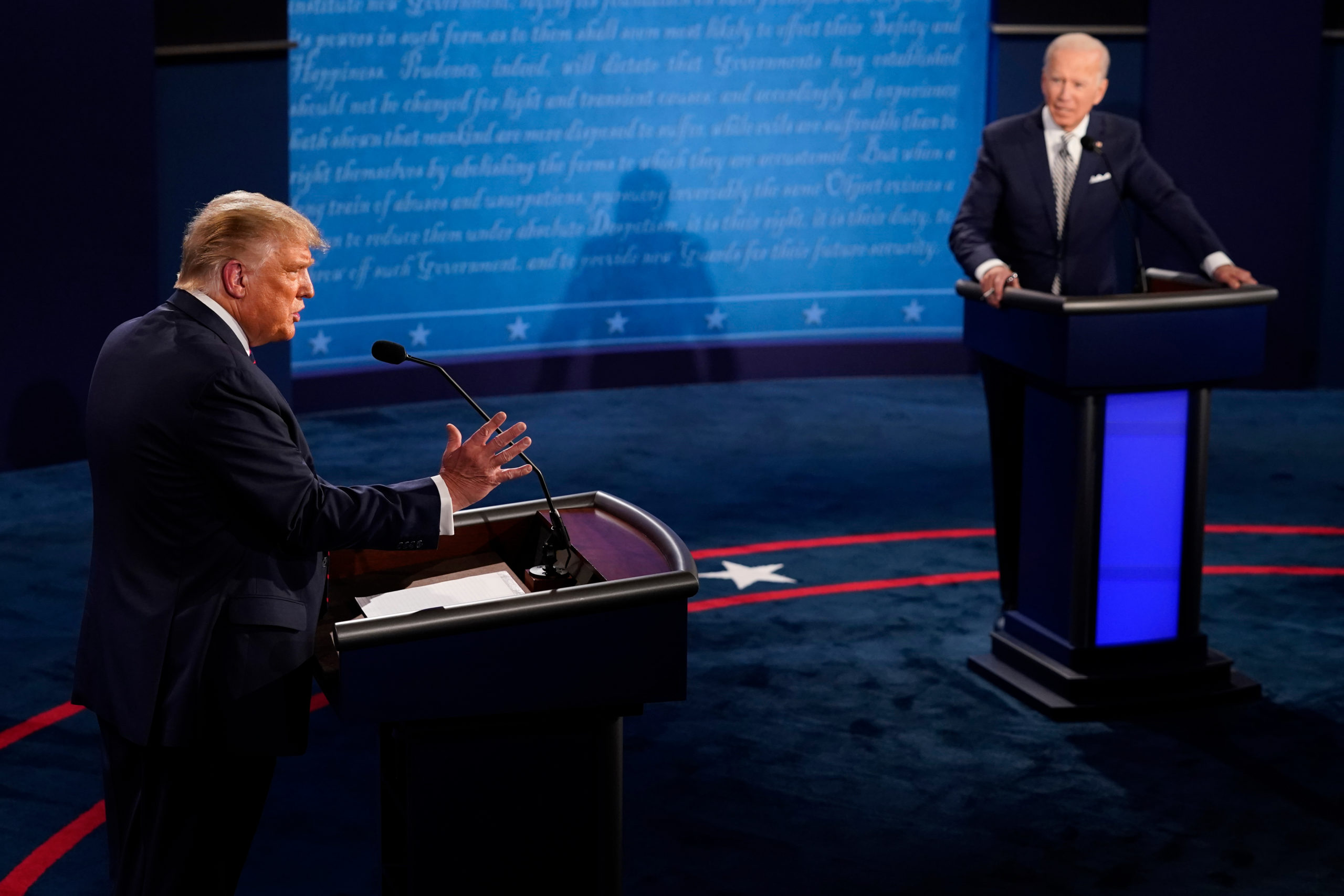 The CPD was reportedly unhappy with the raucous tone and delivery of the first presidential debate and considered shutting off the power to the candidate’s microphones if they persisted in talking beyond their time limits.

The organization describes itself as “a nonprofit, nonpartisan … corporation” that “prepares educational materials and conducts research to improve the quality of debates.”