Republican Nebraska Sen. Ben Sasse slammed President Donald Trump over a range of issues in a phone call with constituents in early October.

In a phone call first obtained by the Washington Examiner, Sasse lists off many of the reasons he disagrees with Trump. The phone call was reportedly conducted with a group of constituents sometime last week. In the call, Sasse slams Trump for the way he has handled the coronavirus pandemic, for his spending, and says Trump is shifting the country further left.

One of the callers asks Sasse why he is criticizing Trump so harshly.

“The way he kisses dictators’ butts,” Sasse can be heard saying. “I mean, the way he ignores that the Uighurs are in literal concentration camps in Xinjiang. Right now, he hasn’t lifted a finger on behalf of the Hong-Kongers. The United States now regularly sells out our allies under his leadership, the way he treats women, spends like a drunken sailor. The ways I criticize President Obama for that kind of spending, I’ve criticized President Trump for as well. He mocks evangelicals behind closed doors. His family has treated the presidency like a business opportunity. He’s flirted with white supremacists.” 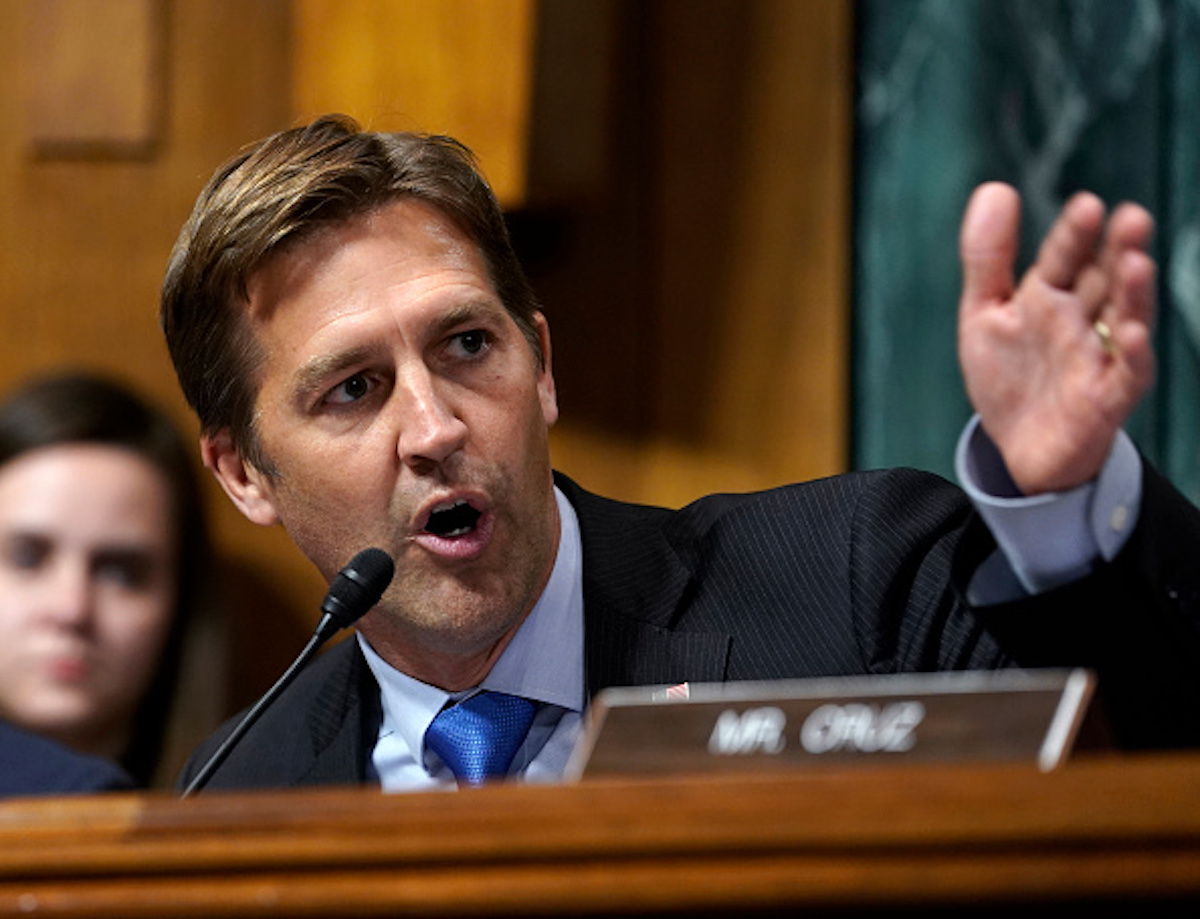 Sasse went on to say that he thought the reason Trump won the 2016 presidential election was because former Secretary of State Hillary Clinton was a bad candidate. (RELATED: Ben Sasse Accuses Biden Of Refusing To Address The ‘Suicide Bombing Of Two Branches Of Government’)

“If young people become permanent Democrats because they’ve just been repulsed by the obsessive nature of our politics, or if women who were willing to still vote with the Republican Party in 2016 decide that they need to turn away from this party permanently in the future,” Sasse says in the call. (RELATED: Ben Sasse Predicts Democrats Will ‘Throw Crap At The Wall, See What Sticks’ To Try And Discredit Supreme Court Nominee)

“I’ve spent lots of the of the last year on a campaign bus, and when you listen to Nebraskans, they don’t really want more rage tweeting as a new form of entertainment,” Sasse continues. “I think the overwhelming reason that President Trump won in 2016 was simply because Hillary Clinton was literally the most unpopular candidate in the history of polling.”

The White House did not immediately respond for comment when contacted about Sasse’s comments towards Trump.