The California Republican Party said that it would defy an order from the Secretary of State to remove unofficial drop boxes that it has placed across the state.

“We are going to continue this program,” Hector Barajas, a spokesman for the party, told local outlet ABC 7. “If [Secretary of State Alex Padilla] wants to take us to court, then we’ll see him in court.”

The development is the latest between Padilla and the California Republican Party (CPR) over its ballot collecting methods.

Last week unofficial ballot boxes began appearing throughout the state, according to The Orange County Register, prompting an investigation from Padilla’s office.

There have been recent reports of groups promoting unofficial ballot drop boxes that are not affiliated with Orange County, CA Elections. Voters who want to return their ballot at a drop box should only use official drop boxes. View the press release at https://t.co/rZGjhYKii0 pic.twitter.com/0f1MJrx3Hm

Shortly after the boxes were connected to the CPR, a spokesman for the organization defended its actions, telling The Daily Caller that the outrage was “overblown” since “state law allows organizations, volunteers or campaign workers to collect completed ballots and drop them off at polling places or election offices.”

Though its practices, known as “ballot harvesting,” are legal under California law, officials have said that the boxes are incorrectly labeled as “official,” and lack proper election security measures, according to The Hill. (RELATED: Appeals Court Sides With Texas Gov, Reinstates Drop Box Restrictions) 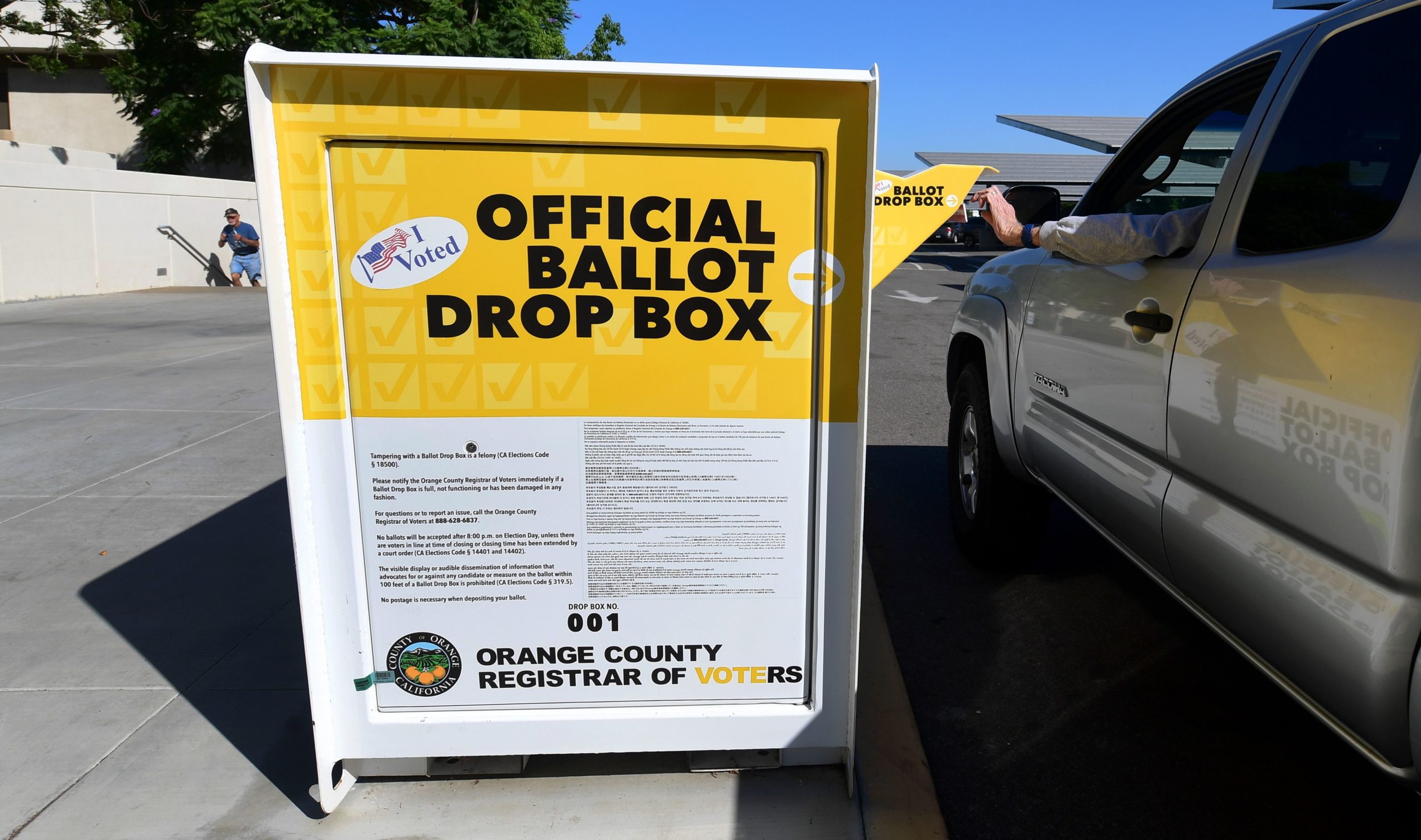 A driver drops off his ballot for the 2020 US Elections at an official Orange County ballot drop-box at the Orange County Registrar’s Office in Santa Ana, California on October 13, 2020 (Photo by FREDERIC J. BROWN/AFP via Getty Images)

While the CPR has also said that there is nothing illegal about third-party ballot collection measures, state officials have said that state law prohibits drop boxes that haven’t been certified by election officials, according to Business Insider.

“We hope that the message goes out loud and clear to anyone who is trying to improperly solicit, obtain, and manage a citizen’s vote that they are subject to prosecution,” said California Attorney General Xavier Becerra in a news conference Monday.

Though he has criticized ballot harvesting, President Donald Trump showed support for the CPR, telling them to “fight hard!”

Fight hard Republicans. They have been taking advantage of the system for years! https://t.co/vaToeGjrHG

The CPR did not immediately respond to the Daily Caller News Foundation’s request for comment.