Thousands of vehicles participated in a Trump Road Rally on Saturday afternoon in a Philadelphia suburb.

An estimated 6,700 vehicles joined the Bikers, Cars and Truckers 4 Trump Road Rally according to a Facebook post from the event’s organizer.

“We wanted people to feel like they’re not alone in their support for Donald Trump,” Linda Mitchell told the Daily Caller News Foundation, echoing Worthington’s sentiments.

The road rally passed through Doylestown where a local Women’s March event was held at the same time as larger Women’s March demonstrations in Washington, D.C. and other cities nationwide, according to an NPR article. Many at the Women’s March protested Trump’s recent nomination of Amy Coney Barrett to the Supreme Court. (RELATED: ‘Will You Please Like Me?’: Trump Asks Suburban Women To Support Him, And Megyn Kelly Says It Just Might Work) 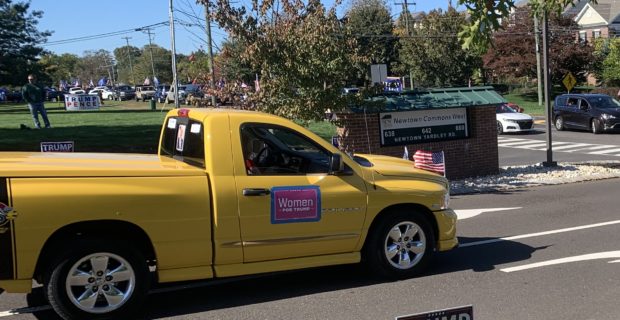 Vehicles sporting ‘Women For Trump’ signs drove along the parade route as part of the Trump rally.

“He [Trump] has to win because if not, we’re not going to feel safe,” suburban resident and school teacher Janet Cole told the DCNF.

“I feel like my colleagues are uninformed,” Cole said. “I wish my colleagues and friends would come to something like this…but they don’t really unwrap the layers and realize what’s happening and really do the research, and I think the media fools them into thinking that one side’s better than the other.”

“In these last two weeks, we’ve seen more women than ever come out to support him [Trump],” Linda Mitchell stated.

The road rally demonstration comes less than three weeks before the presidential election on Nov. 3.