“We expected that Breonna was going to be there by herself,” Mattingly said in an exclusive interview with ABC News and Louisville’s Courier Journal. “And in my opinion that was a mistake.”

Mattingly said one of the biggest things he would have done differently was to enter Taylor’s apartment without giving her time to answer what he says were multiple knocks and warnings of “Police, search warrant!”

“[The other officers] wanted to do the right thing and they said, ‘Give her time to come to the door,'” Mattingly said.

Mattingly and two fellow officers executed a no-knock warrant related to a drug investigation into Taylor’s ex-boyfriend Jamarcus Glover, in March. Mattingly said they knocked on the door several times and announced themselves three times before breaking down Taylor’s door. 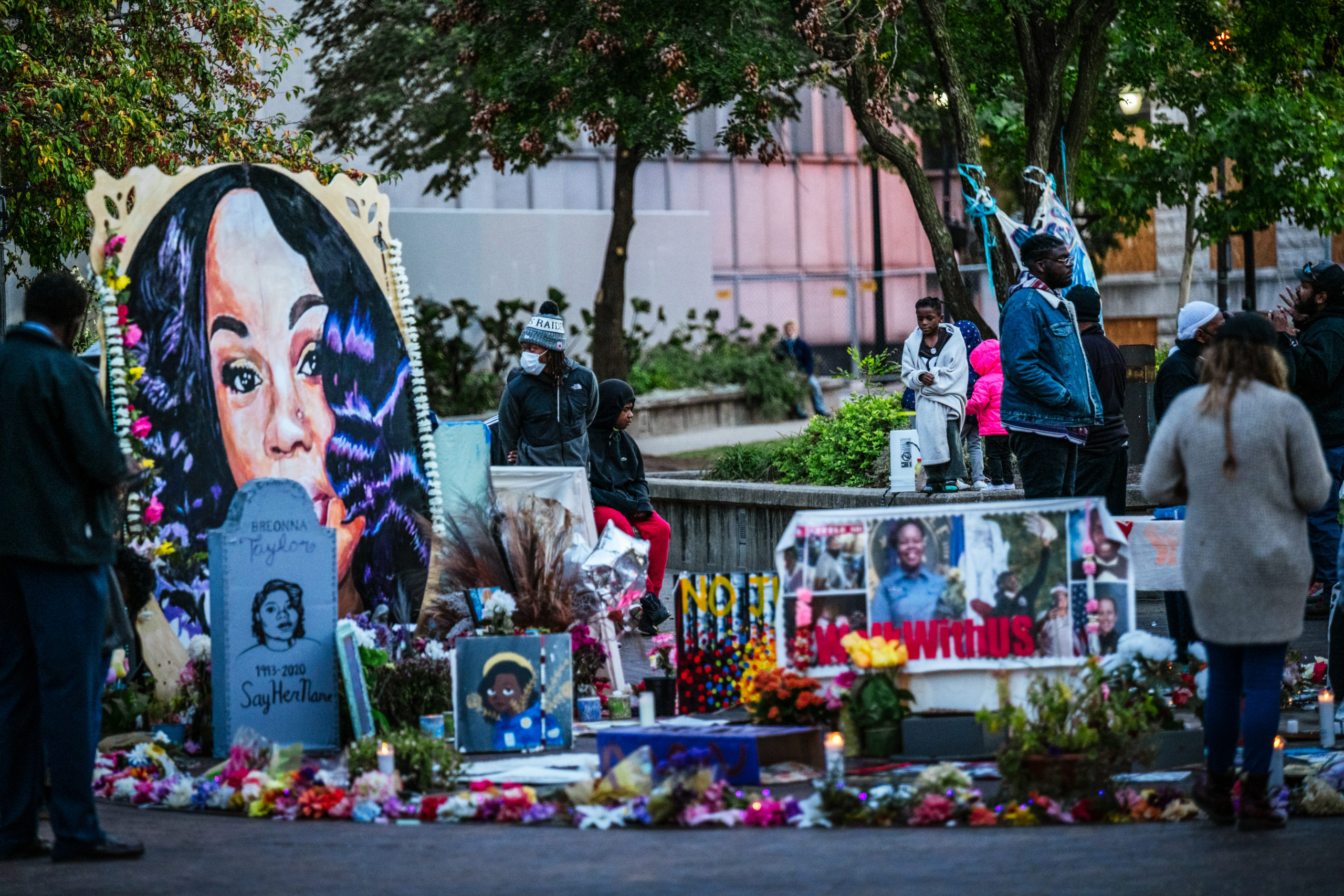 LOUISVILLE, KY – OCTOBER 2: A crowd of protesters gather near the Breonna Taylor memorial in Jefferson Square Park on October 2, 2020 in Louisville, Kentucky. Kentucky Attorney General Daniel Cameron announced that the grand jury in the Breonna Taylor case had indicted LMPD officer Brett Hankison on three counts of wanton endangerment in the first degree. Jefferson Square Park has remained the epicenter for Black Lives Matter protest action following the March 13th killing of Breonna Taylor by police during a no-knock warrant at her apartment. (Photo by Jon Cherry/Getty Images)

Mattingly said he and others had no idea that Glover was not there, but that Taylor’s new boyfriend and licensed gun owner Kenneth Walker would be there. (RELATED: Kentucky Attorney General Criticizes Harsh Comments Made Toward Him For Breonna Taylor Decision)

When police entered the apartment, Taylor’s boyfriend fired a shot believing someone was breaking into the apartment. Officers returned fire, striking and killing Taylor. However, Mattingly was shot in the leg by Walker.

“I feel for her. I hurt for her mother and for her sisters,” Mattingly, a 20 year veteran of the LMPD, said. “It’s not just a passing ‘Oh, this is part of the job, we did it and move on.’ It’s not like that. I mean Breonna Taylor is now attached to me for the rest of my life. And that’s not again, ‘Woe is me.’ That’s me feeling for them. That’s me having a heart and a soul, going as a parent, ‘How do you move on?’ I don’t know. I don’t want to experience it.”

Mattingly and fellow detective Myles Cosgrove were not charged with Taylor’s death after Kentucky State Attorney General Daniel Cameron said the duo was justified in their use of force to protect themselves after Walker fired the first shot. Former LMPD officer Brett Hankison was indicted on three counts of wanton endangerment for firing shots that hit a wall and entered a neighboring apartment.