The Pittsburgh Post-Gazette has endorsed President Donald Trump for another term in the White House.

In an editorial published Saturday night titled, “The man and the record,” the outlet’s editorial board cited common characterizations of Trump as “unpresidential,” “crude and unkind,” and “just not a good man” before asking if that’s “really what it’s about?”

“Isn’t the real question whether he has been taking the country, and the economy of this region, in the right direction these last four years?” the Post-Gazette wrote. “Can we separate the man from the record?”

The outlet contended that it shares “the embarrassment of millions of Americans who are disturbed by the president’s unpresidential manners and character — his rudeness and put-downs and bragging and bending of the truth” and would “prefer the first-class temperament and demeanor of a Winston Churchill, a Dwight Eisenhower, a Franklin Roosevelt, a Ronald Reagan, or a Barack Obama,” but turned to Trump’s record to justify its conclusion.

Under Donald Trump the economy, pre-COVID, boomed, like no time since the 1950s. Look at your 401(k) over the past three years.

Unemployment for Black Americans is lower than it has ever been, under any president of either party.

Under Mr. Trump, our trade relationships have vastly improved and our trade deals have been rewritten. Thanks to him, middle America is on the map again and the Appalachian and hourly worker has some hope.

The Post-Gazette cited several of Trump’s other accomplishments before claiming the president “gets things done.” 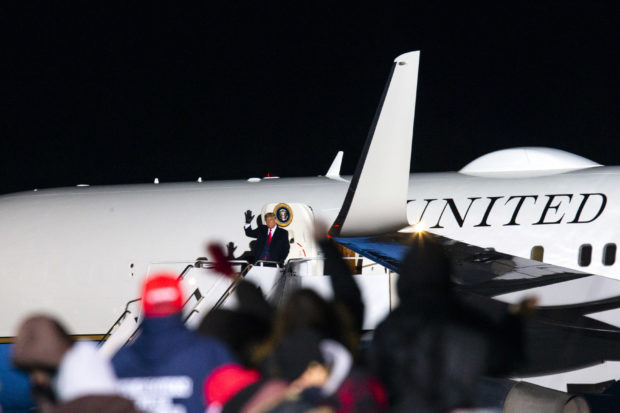 The outlet went on to criticize policies proposed by Democratic presidential candidate Joe Biden before claiming that the former vice president “is too old for the job, and fragile.”

“There is a very real chance he will not make it through the term,” they wrote. “Mr. Trump is also too old but seemingly robust. But in Mike Pence, Mr. Trump has a vice president ready to take over, if need be. He is a safe pair of hands. Sen. Kamala Harris gives no evidence of being ready to be president.”

The Pittsburgh Post-Gazette, the largest newspaper in metro-Pittsburgh and one of the oldest, hasn’t supported a Republican presidential candidate since it endorsed former President Richard Nixon in 1972. (RELATED: ‘Can’t Fake A Crowd Like That’: Pennsylvania Lt. Gov. Tweets Image Of ‘Massive Crowd’ At Trump Rally To Warn Democrats)

However, critics of the endorsement point out that the outlet’s liberal tone has shifted since the Post-Gazette’s editorial page operations merged with The Toledo Blade in 2018 and Keith Burris, who’s presumably pro-Trump, moved to the post of executive editor.

Burris did not immediately respond to a request for comment from The Daily Caller.