One day from the election, President Donald Trump and Democratic nominee Joe Biden are zigzagging in competitive states across the Midwest in one final push before Nov. 3.

Trump will hold rallies Monday in Fayetteville, North Carolina; Scranton, Pennsylvania; Traverse City, Michigan and Kenosha, Wisconsin before returning to Michigan and campaigning in Grand Rapids, the same city where he ended his campaign in 2016.

Biden will head to Cleveland Monday before campaigning across Pennsylvania. 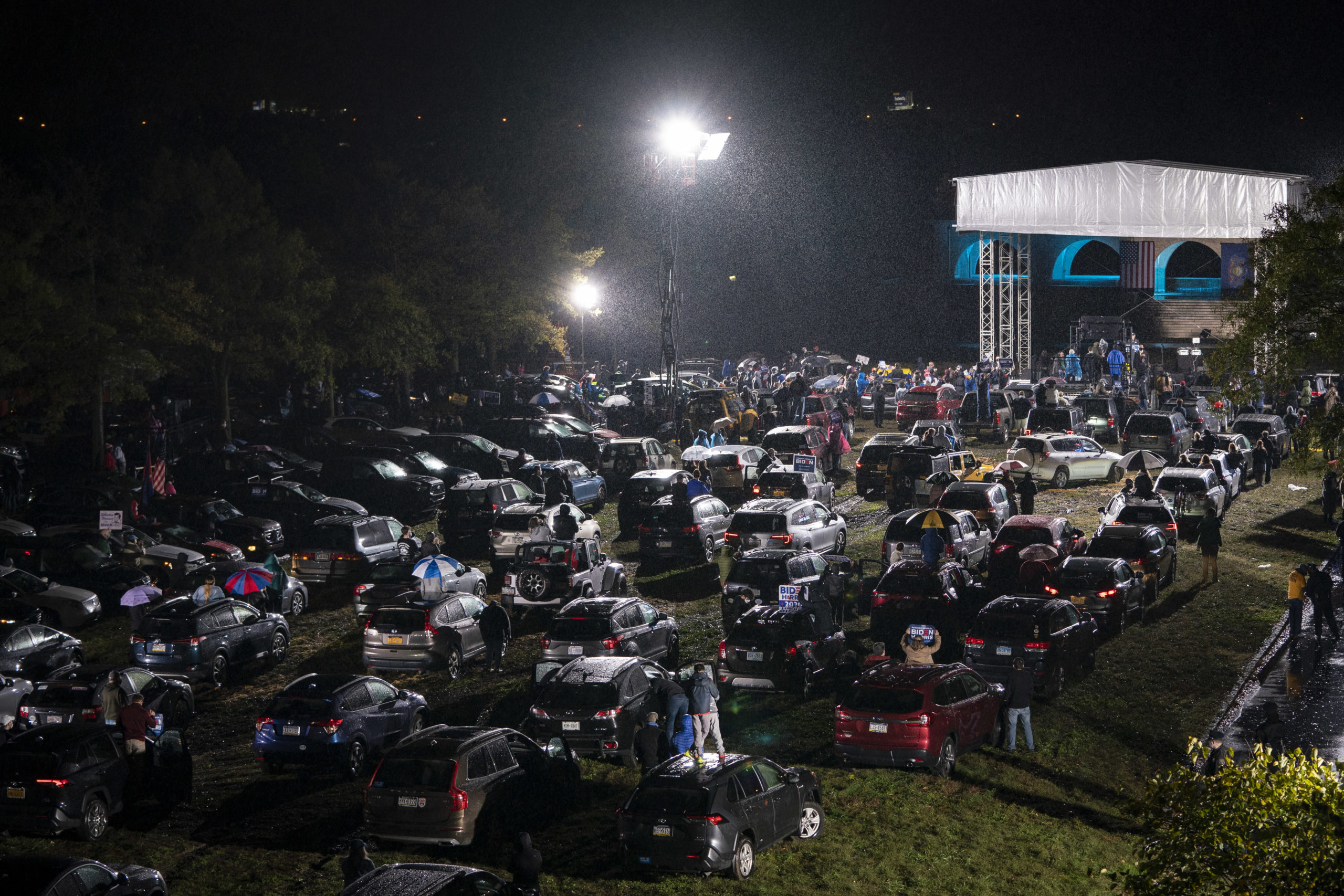 People stand near their cars as they listen to Democratic presidential nominee Joe Biden during a drive-in campaign rally at Franklin Delano Roosevelt (FDR) Park on November 1, 2020 in Philadelphia, Pennsylvania. (Drew Angerer/Getty Images)

Both candidates blitzed across the Midwest over the weekend as well, with Trump holding two rallies in Pennsylvania on Saturday in Reading and Butler and five rallies in five states Sunday in Michigan, Iowa, North Carolina, Georgia and Florida. Biden campaigned Saturday in Detroit and Flint, Michigan, alongside former President Barack Obama, and campaigned in Philadelphia Sunday while vice presidential nominee Kamala Harris traveled to North Carolina and Georgia.

Biden leads in Pennsylvania, which some forecasts predict will be the tipping point state, by 4.9 points, though Trump won the state by less than one point in 2016. In Michigan and Wisconsin, the other two midwestern states that sealed Trump’s victory, Biden leads by 8.1 and 8.2 points, respectively. 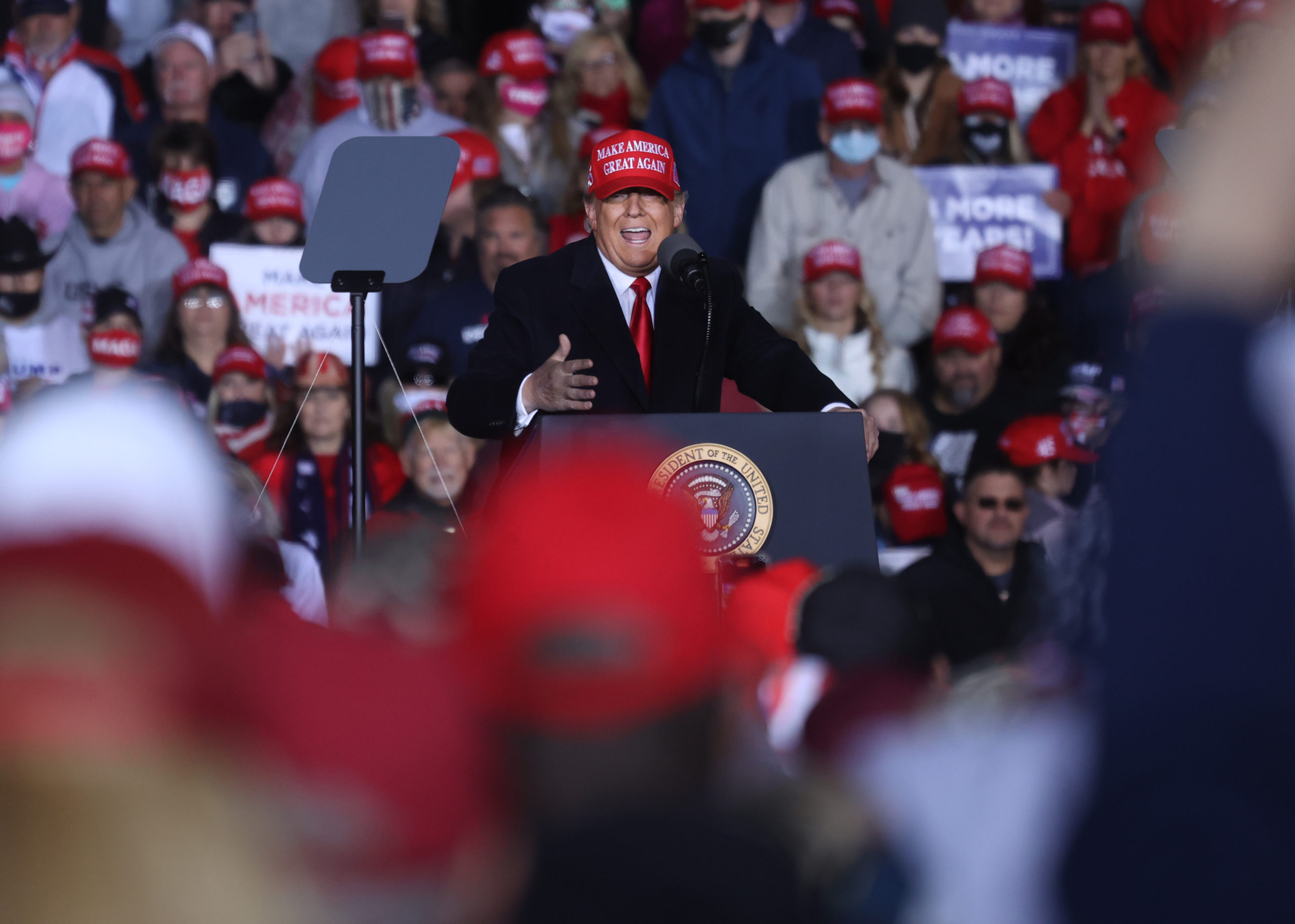 Biden leads Trump in Arizona, North Carolina, Florida and Georgia by 3.1, 1.9, 2.4 and 1.1 points, respectively, while Trump leads Biden by 1.8 points in Iowa. Trump also leads in Ohio by 0.4 and Texas one point. (RELATED: Trump’s Self-Inflicted Wounds Make For An Unlikely Reelection, Forecasters Say)

Biden leads in Minnesota, a state which Clinton won four years ago by 8.9 points, according to FiveThirtyEight.