The U.K. raised its terror threat level to “severe” after determining that a potential attack is highly likely following killings in France and Austria, the Associated Press reported.

Home Secretary Priti Patel announced that the threat level was elevated Tuesday from “substantial,” which means an attack is thought to be likely, rather than highly likely, according to the AP.

The Joint Terrorism Analysis Centre has changed the UK terror threat level from substantial to severe.

This is a precautionary measure and is not based on any specific threat.

The public should continue to remain vigilant and report any suspicious activity to the police. pic.twitter.com/XJa0gXetee

The decision follows multiple terror attacks in Europe, and comes a day after a man who tried to join ISIS in Syria is suspected to have opened fire in Vienna in an attack that left four dead and 14 injured. It’s unclear whether other attackers were involved.

A few days prior, A Tunisian migrant is alleged to have killed three people at a church in France. Earlier in October, a French teacher was beheaded after being targeted for showing students caricatures of the Prophet Muhammad from the satire magazine Charlie Hebdo during a lesson on freedom of speech. (RELATED: Suspect In Vienna Shooting Tried To Join ISIS, Was Released From Prison Early After Terrorism Charges) 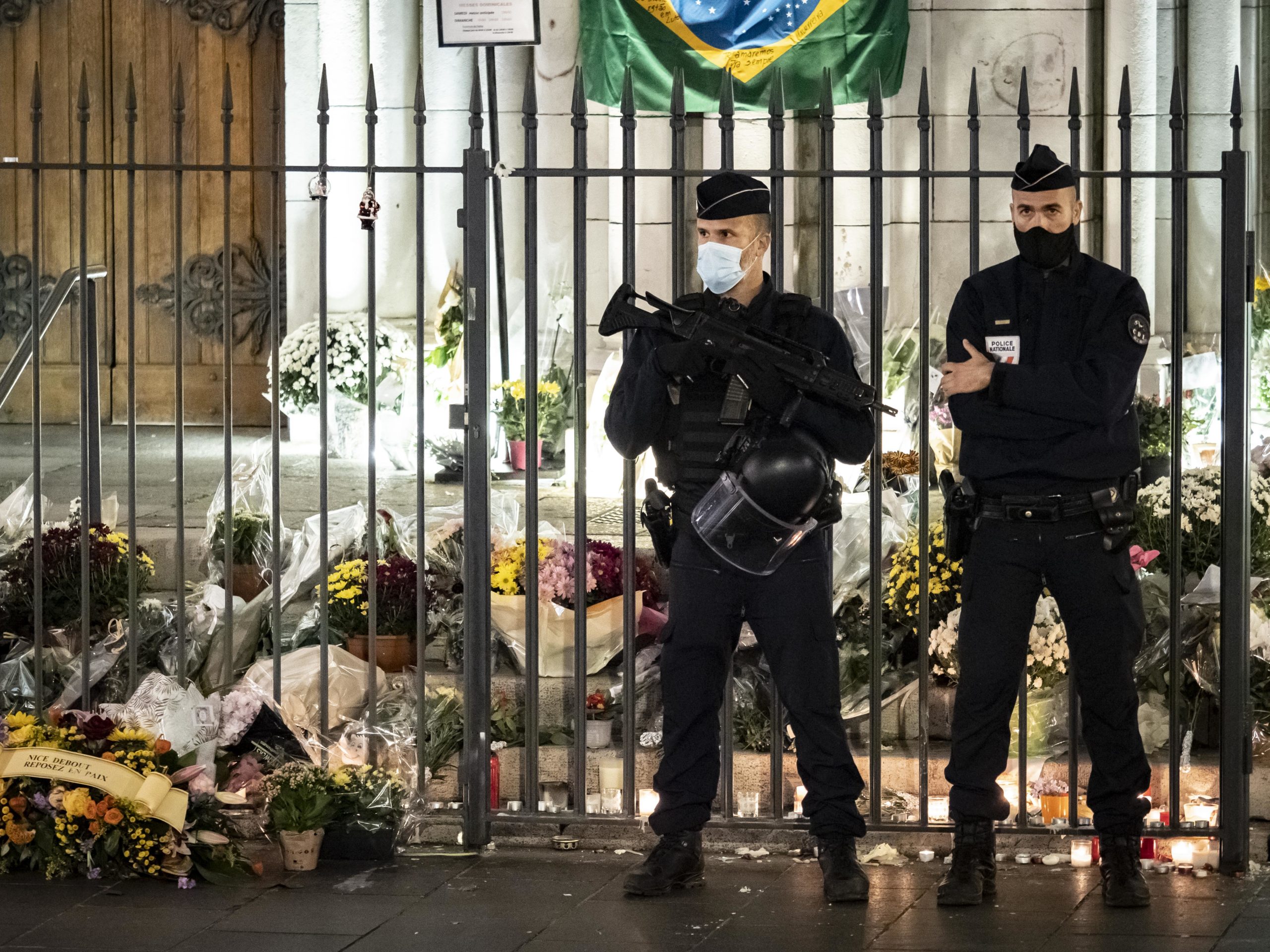 NICE, FRANCE – NOVEMBER 01: Police stand in the street during a mass at Notre Dame basilica on November 01, 2020 in Nice, France.  (Photo by Arnold Jerocki/Getty Images)

“We have already taken significant steps to amend our powers and strengthen the tools for dealing with the developing terrorist threats we face,” Patel said in a statement, according to the AP. “That process will continue, and the British public should be in no doubt that we will take the strongest possible action to protect our national security.”

Patel added that the increased security alert is a “precautionary measure and is not based on any specific threat.”

The U.K.’s Joint Terrorism Analysis Centre determines the terror level by assessing intelligence related to terrorism abroad and at home.

The U.K. has experienced a spate of terror attacks in the last several years, including stabbings, bombings, and vehicular attacks.

Twenty-two people were killed and 200 were injured at an Ariana Grande concert in Manchester in 2017 after suicide bomber Salman Abedi detonated a homemade bomb. Months later, Ahmed Hassan, an Iraqi asylum seeker, detonated an explosive on a packed train, injuring 22 people, according to Sky News.

In June, Khairi Saadallah, 25, was accused of stabbing three people in what has been determined to have been a terror attack. Among the victims was American national Joe Ritchie-Bennett, 39, who died from his injuries.