President Donald Trump vowed Friday to use “every aspect of the law” to fight a potential defeat in the 2020 presidential election.

Former Vice President Joe Biden overtook Trump’s leads in both Georgia and Pennsylvania early Friday morning. If Biden maintains the current margins, he will earn more than the 270 electoral college votes needed to secure the presidency. (RELATED: After Biden Takes 1,500 Vote Lead, Georgia Secretary Of State Brad Raffensperger Announces ‘There Will Be A Recount’)

“We believe the American people deserve to have full transparency into all vote counting and election certification, and that this is no longer about any single election,” Trump wrote in a statement. “This is about the integrity of our entire election process.” 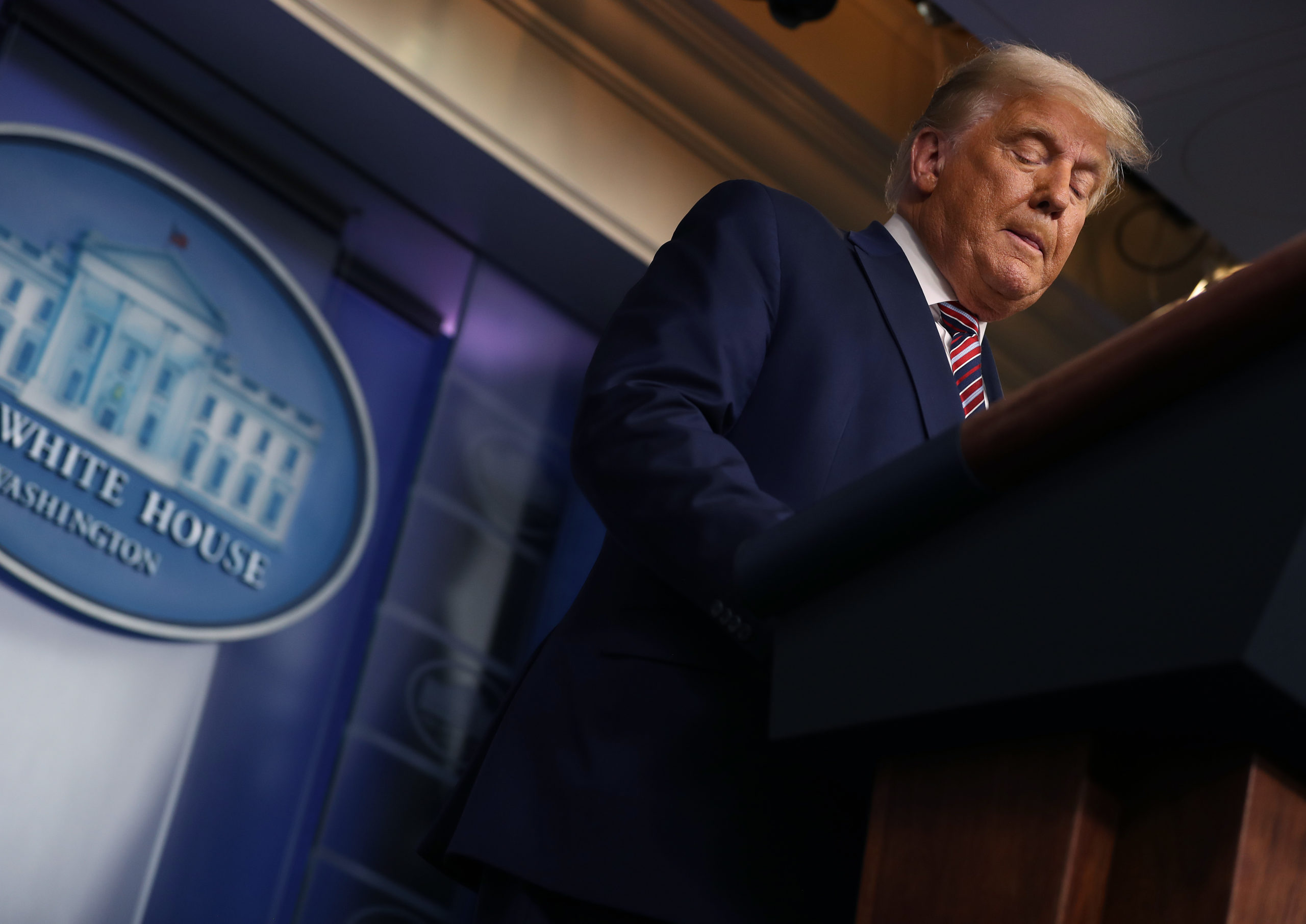 WASHINGTON, DC – NOVEMBER 05: U.S. President Donald Trump speaks in the briefing room at the White House on November 5, 2020 in Washington, DC. Votes are still being counted two days after the presidential election as incumbent Trump is in a close race against challenger Democratic presidential nominee Joe Biden, which remains too close to call. (Photo by Chip Somodevilla/Getty Images)

“From the beginning we have said that all legal ballots must be counted and all illegal ballots should not be counted, yet we have met resistance to this basic principle by Democrats at every turn,” he continued. “We will pursue this process through every aspect of the law to guarantee that the American people have confidence in our government. I will never give up fighting for you and our nation.”

Trump’s Friday statement seemed to mark a tone shift compared to the public remarks he made Wednesday and Thursday.

The president has also repeatedly tweeted claims since election night about how “Democrat run & controlled” states are committing fraud and attempting to steal the election from him. Many of his tweets have been marked “misleading” by Twitter.

They are working hard to make up 500,000 vote advantage in Pennsylvania disappear — ASAP. Likewise, Michigan and others!