Republican Georgia Sen. David Perdue said Sunday that the GOP must win runoff Senate elections in his state because it’s “the last line of defense” against Democrats’ radical plans.

“These two seats …. are the last line of defense against this liberal socialist agenda that the Democrats will perpetrate,” Perdue told Fox News’ “Sunday Morning Futures.”

“We heard [Senate Minority Leader Chuck] Schumer say just last week if we take Georgia we change America,” Perdue continued. “We heard [Democratic New York Rep. Alexandria Ocasio-Cortez] say they have to have these two seats because they don’t want to negotiate. They want total control …. Schumer will change the rules in the Senate so they can do anything they want with 50 votes plus the vice president’s vote as a tie breaker.”

Perdue predicted a Democratic-controlled Senate would pack the Supreme Court, add additional states to the union, and terminate the Electoral College as the means of deciding presidential elections. He said the Democratic leadership wants “to perpetrate this agenda that they’ve been espousing now through the presidential primary all year.”

Perdue outlined that agenda as including the Green New Deal, defunding the police, open borders, sanctuary cities and cutting military spending “after we’ve just begun rebuilding it after Obama’s decimation of it.”

President-elect Joe Biden has said he does not support defunding the police.

The senator held up the possibility of Democratic Massachusetts Sen. Elizabeth Warren being the next Treasury secretary and Independent Vermont Sen. Bernie Sanders taking over as the chairman of the budget committee: “these are people who really do not believe in our free market system.” 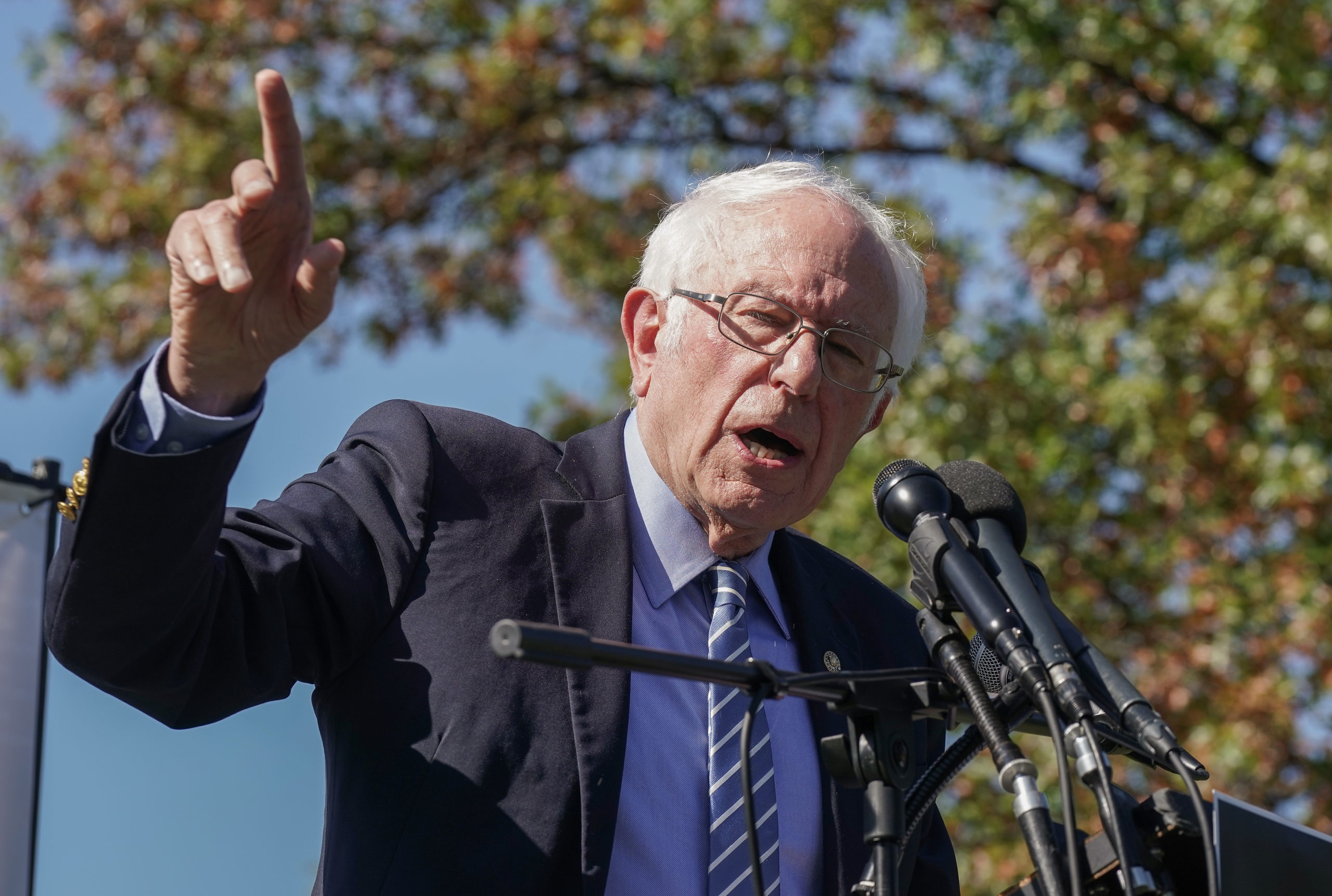 Senator Bernie Sanders speaks at a protest calling for the Republican Senate to delay the confirmation of Supreme Court Justice Nominee Amy Coney Barrett at the U.S. Capitol on Oct. 22, 2020 in Washington, DC. (Photo by Jemal Countess/Getty Images for Care In Action)

“Their agenda could never be done with a bipartisan Congress and so what we can do in the Senate is this: we can actually protect the gains and the accomplishments of the last four years … President Trump gave us … the best economic turnaround in U.S. history,” Perdue said. (RELATED: Scarborough: Republicans ‘Should Win’ Georgia Senate Runoff Unless They ‘Follow The Madness Of Trump’)

Perdue claimed Democrats want to include a host of legislative initiates within the Green New Deal and have “hidden inside this the Medicare for All cost … the $30,000 a year stipend for people who are unable or unwilling to work, free college education — all of these things have nothing to do with climate change.”