The World Health Organization (WHO) said Friday that remdesivir, which was used to treat President Donald Trump, should not be used to treat some patients because it reportedly shows “no evidence” of effectiveness.

The WHO recommended against using Gilead’s remdesivir for patients hospitalized with COVID-19 because there is no evidence that the drug improves survival or reduces the need for ventilation. 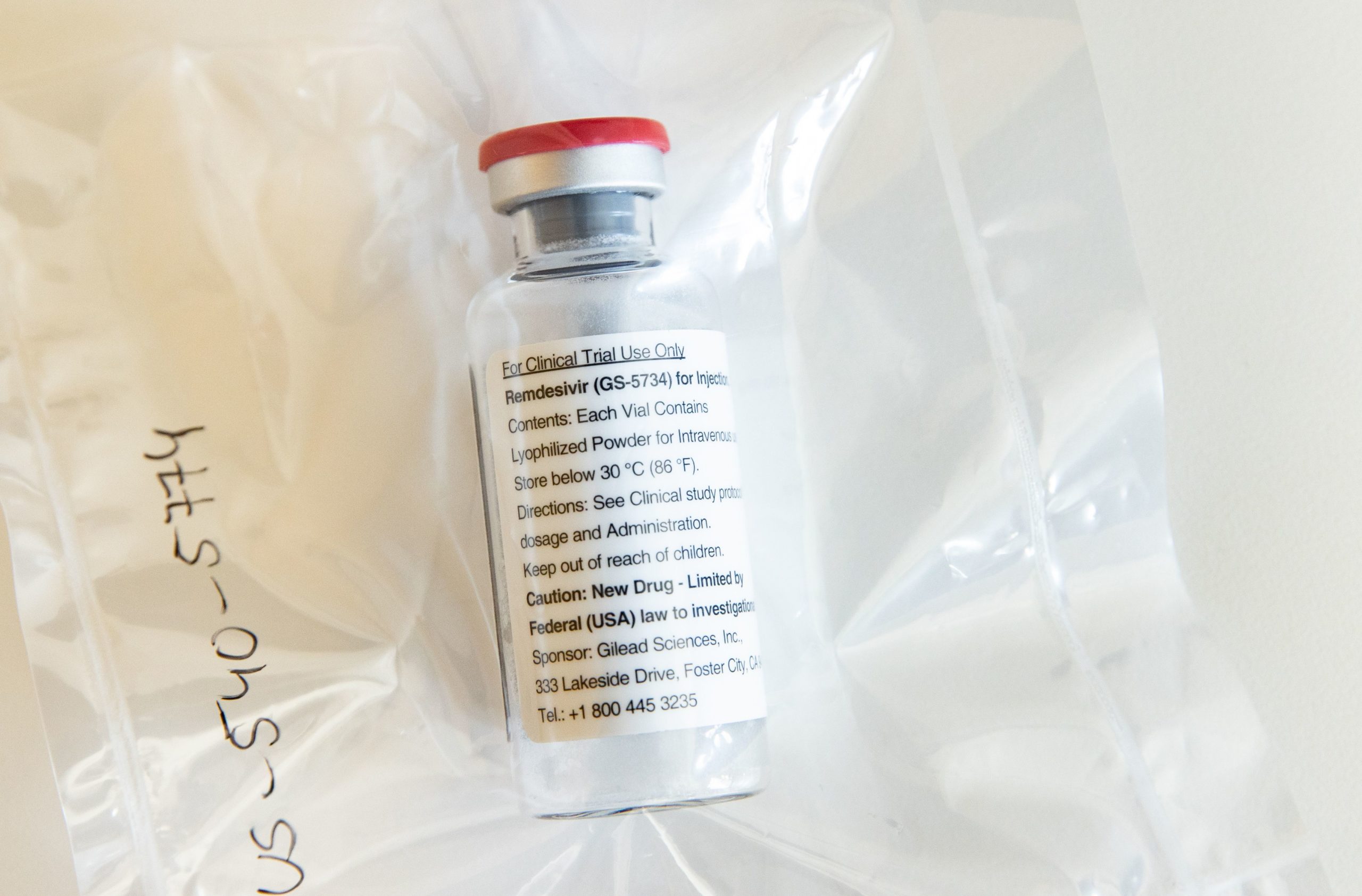 One vial of the drug Remdesivir lies during a press conference about the start of a study with the Ebola drug Remdesivir in particularly severely ill patients at the University Hospital Eppendorf (UKE) in Hamburg, northern Germany on April 8, 2020, amidst the new coronavirus COVID-19 pandemic. (Photo by Ulrich Perrey / POOL / AFP) (Photo by ULRICH PERREY/POOL/AFP via Getty Images)

The WHO conducted the Solidarity Trial in recent weeks, using data from more than 7,000 patients, noting that further studies need to be conducted.

“The evidence suggested no important effect on mortality, need for mechanical ventilation, time to clinical improvement, and other patient-important outcomes,” the WHO said in their statement.

A WHO panel said Friday that the cost of the treatment isn’t worth the minimal effects, according to Reuters.

“Especially given the costs and resource implications associated with remdesivir … the panel felt the responsibility should be on demonstrating evidence of efficacy, which is not established by the currently available data,” the panel said, according to Reuters. (REPORT: COVID-19 Patients Treated With Remdesivir Have Done ‘Very Well’ In Preliminary Study)

Trump received a five-day course of remdesivir while hospitalized with COVID-19 in October.

The drug was used after clinical trials showed that the drug reduced the length of hospital stays by roughly 4 days, according to The New England Journal of Medicine. Data from July showed the drug might reduce death, according to NBC News.