President Donald Trump said Sunday that although the Supreme Court “should hear” his campaign’s allegations of massive voter fraud, he admits that won’t be easy to achieve.

“We should be heard by the Supreme Court, something has to be able to get up there — otherwise, what is the Supreme Court?” Trump asked during an interview on Fox News’ “Sunday Morning Futures.”

But Trump admitted that that is easier said than done. (RELATED: Lindsey Graham: ‘If We Don’t Fight Back In 2020, We’re Never Going To Win’ The Presidency Again)

“Well the problem is it’s hard to get into the Supreme Court. I’ve got the best Supreme Court advocates — lawyers that want to argue the case if it gets there — but they said it’s very hard to get a case up there,” he said.

“Can you imagine? Donald Trump, president of the United States, files a case and I probably can’t get a case,” Trump continued,  “and … we have hundreds and hundreds of affidavits, sworn affidavits — and it’s very hard to get a case to the Supreme Court. That’s what everybody’s fighting for.”

Trump referenced the Pennsylvania Supreme Court throwing out a lawsuit Saturday by Republican Rep. Mike Kelly that sought to have votes disqualified in that state.

“Now they’ll appeal it, I hope, to the Supreme Court,” he said, noting that even though he believes “they have a great case … the big thing is can you get it?”

The president is also planning another legal challenge in Wisconsin after votes are recounted in that state. Trump is the official winner in Ohio as that state certified its election results Saturday.

Trump told host Maria Bartiromo that he believes his voter fraud case is so broad that it should be embraced by any court but judges are not necessarily willing to do that. “We have many different forms of fraud. It’s not just one form. It’s ballot fraud … we have it all documented and we have tremendous evidence, so we’ll say we want to show you the evidence and then the judge will say they didn’t show us the evidence.”(RELATED: Here’s How Mail-In Ballots Are Counted And Verified To Prevent Fraud)

When asked if he is concerned about riots occurring if the Supreme Court rules that voter fraud swayed the election for President-elect Joe Biden, Trump acknowledged the danger of far left forces. 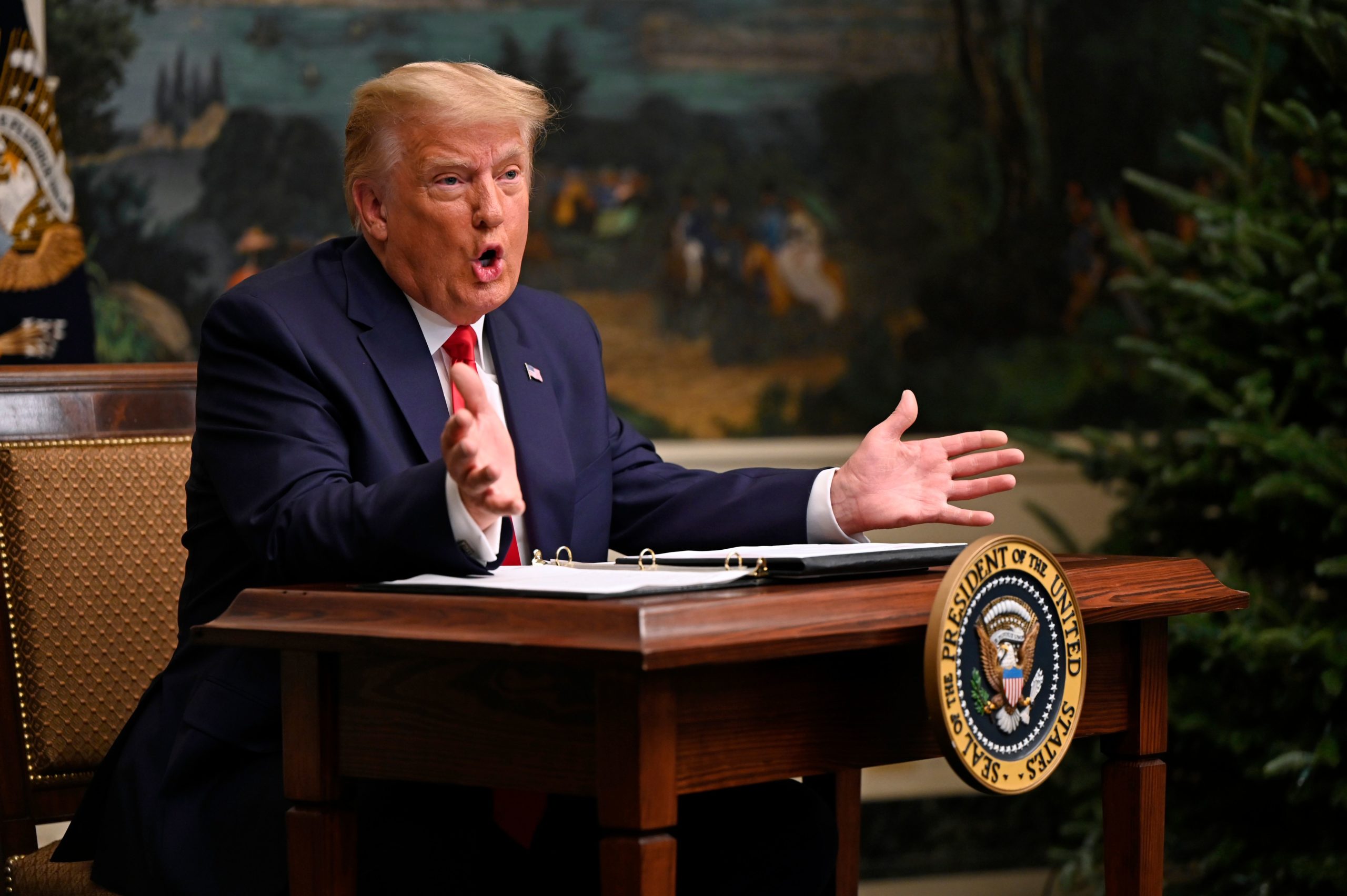 President Donald Trump participates in a Thanksgiving teleconference with members of the United States Military, at the White House in Washington, DC, on Nov. 26, 2020. (Photo by ANDREW CABALLERO-REYNOLDS/AFP via Getty Images)

“Nobody wants to do anything with Antifa except me. If I wasn’t here, Antifa would be running this country right now … They always like to blame the radical right. It’s not the radical right but it’s the radical left and it’s largely Antifa and groups like this and nobody even wants to talk about them … It’s a disgrace. It’s absolutely a disgrace,” he said.

Both critics and supporters of Trump have argued that the campaign’s election lawsuits largely lack evidence despite its claims that voter fraud has been massive. In a Wall Street Journal column, former White House Deputy Chief of Staff Karl Rove said that he can find “no evidence” of systemic voter fraud in the presidential election.