Attorney General William Barr designated U.S. attorney John Durham in October as special counsel for the Justice Department, allowing him to continue his investigation of the origins of the Trump-Russia probe, according to documents obtained by The Daily Caller News Foundation.

Barr revealed the decision in an interview with the Associated Press on Tuesday.

The move seemingly adds an additional layer of protection to Durham’s investigation, which began as an inquiry on May 13, 2019, into the FBI and CIA’s Trump-related intelligence activities. (RELATED: Lindsey Graham Says He Will Be ‘Shocked’ If Durham Probe Doesn’t Lead To More Indictments)

President-elect Joe Biden has not said whether he would allow Durham’s investigation to continue. Durham, the U.S. attorney for Connecticut, is investigating FBI and CIA activities that occurred largely during the Obama-Biden administration.

Barr said in a letter to lawmakers on Tuesday that he expected Durham to conclude his investigation by this summer, but that the coronavirus pandemic prevented him from doing so.

“In advance of the presidential election, I decided to appoint Mr. Durham as a Special Counsel to provide him and his team with the assurance that they could complete their work, without regard to the outcome of the election,” Barr wrote in the letter, obtained by the DCNF. 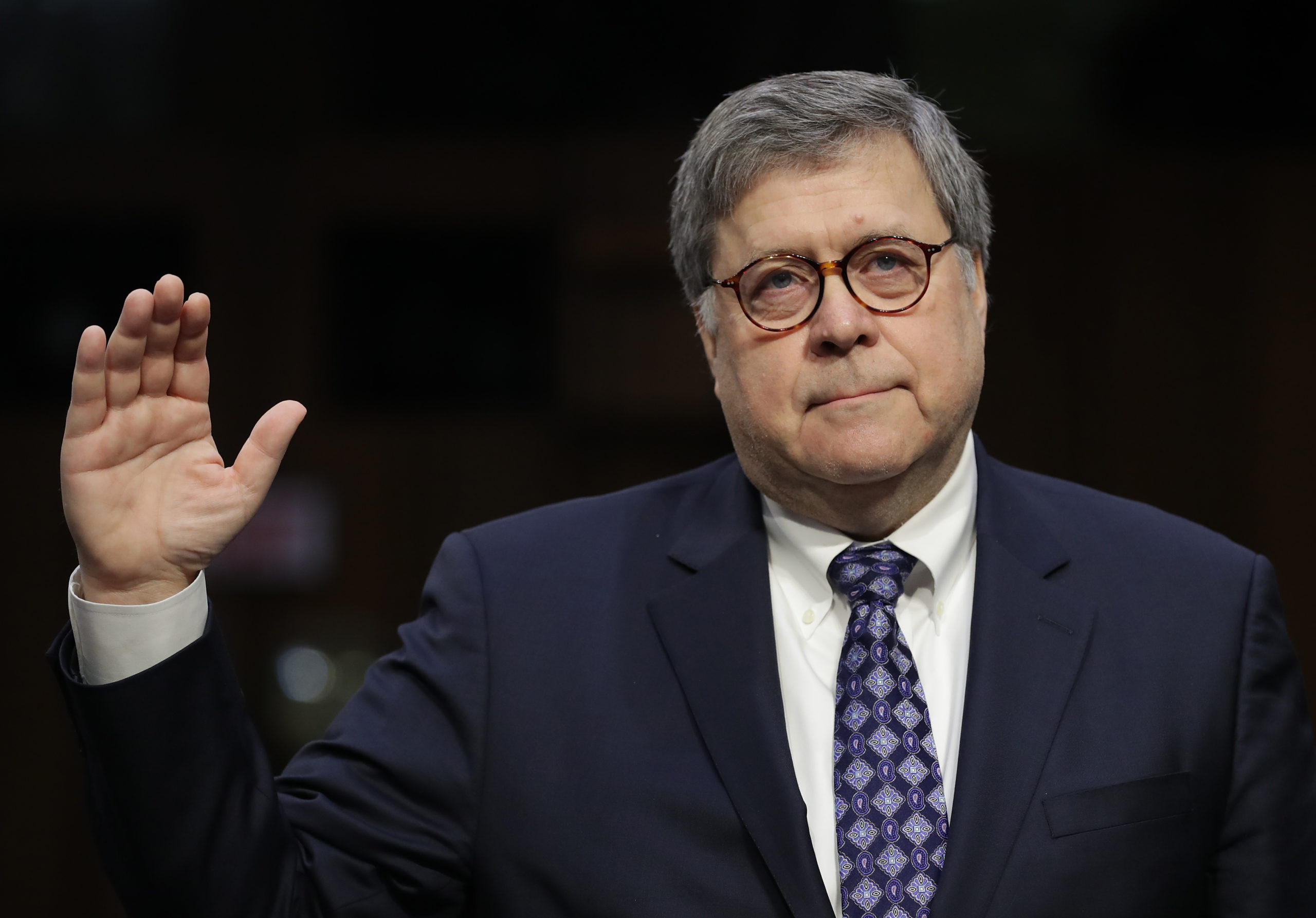 U.S. Attorney General nominee William Barr (C) is sworn in prior to testifying at his confirmation hearing before the Senate Judiciary Committee January 15, 2019 in Washington, DC. (Chip Somodevilla/Getty Images)

Barr’s order says Durham is authorized to investigate whether “any federal official, employee, or any other person or entity violated the law in connection with the intelligence, counter-intelligence, or law-enforcement activities directed at the 2016 presidential campaigns, individuals associated with those campaigns, and individuals associated with the administration of President Donald J. Trump.”

The order says the investigation can include any activities that took place as part of the FBI’s Crossfire Hurricane investigation, as well as during the Mueller probe.

Barr’s order says that a confidential report will be required under the special counsel statute. The report will be submitted to the attorney general “in a form that will permit public dissemination.”

While much about Durham’s investigation remains hidden from public view, the veteran prosecutor appears to be tracking some of the findings of a Justice Department inspector general’s probe that said the FBI misled a federal court in order to obtain warrants to surveil former Trump campaign aide Carter Page.

A report from the IG released on Dec. 9 said that the FBI made 17 “significant” errors and omissions in applications for Foreign Intelligence Surveillance Act (FISA) warrants against Page.

Many of the errors involved the FBI’s handling of information from Christopher Steele, a former British spy hired by the DNC and Clinton campaign to investigate the Trump campaign’s possible ties to Russia.

Several of Steele’s allegations, which he compiled in a dossier, have been debunked or remain uncorroborated.

Durham has also led inquiries into the CIA’s assessment that the Russian government interfered in the 2016 presidential campaign specifically to help Donald Trump defeat Hillary Clinton. Durham has interviewed former CIA Director John Brennan as part of that inquiry.

Barr has said in interviews that Durham has uncovered “troubling” evidence of FBI misconduct related to the Trump investigation. He also asserted that the FBI conducted “spying” against the Trump campaign in 2016.

Barr told the AP that Durham’s investigation is “focused on the activities of the Crossfire Hurricane investigation within the FBI.”

Barr did not indicate whether Durham will issue any indictments in the investigation. The probe has led to criminal charges against just one defendant: former FBI lawyer Kevin Clinesmith.

Clinesmith, who worked on the Crossfire Hurricane investigation, pleaded guilty on Aug. 19 to altering an email from the CIA about Carter Page’s relationship with the spy agency.

Republicans have increasingly called for Barr to tap a special counsel to continue Durham’s work.

Rep. Devin Nunes, the top Republican on the House Intelligence Committee, called for a special counsel in an interview on Nov. 22.

Barr letter to Congress regarding Durham by Chuck Ross on Scribd

Editor’s note: This story has been updated to reflect additional detail from Attorney General Barr’s letter appointing the special counsel.