Former President Barack Obama came out against the “defund the police” slogan in an interview that aired Wednesday morning, saying it has hurt Democrats already.

“If you believe, as I do, that we should be able to reform the criminal justice system so that it’s not biased and treats everybody fairly, I guess you can use a snappy slogan like ‘defund the police,’ but you lost a big audience the minute you say it, which makes it a lot less likely that you’re actually going to get the changes you want done,” Obama said about the “defund the police” movement. The interview was hosted by Peter Hamby, who hosts a Snapchat political show. 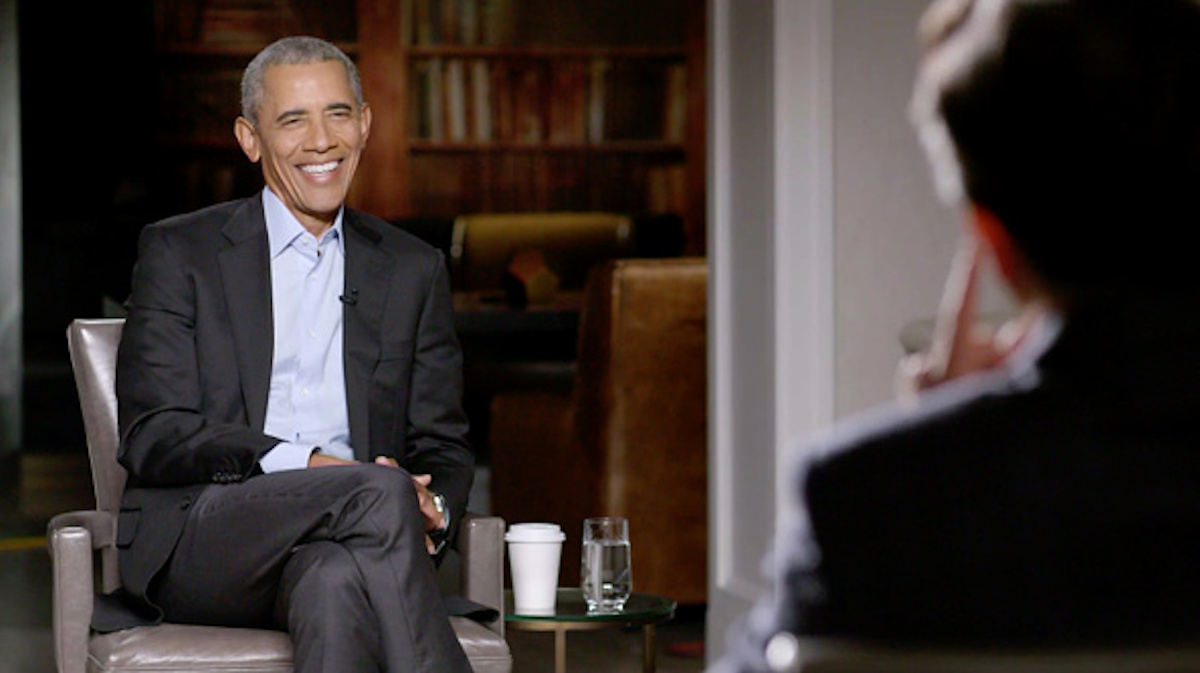 A Late Show with Stephen Colbert and guest Barack Obama during Tuesdays November 24, 2020 show. Image is a screen grab. (Photo by CBS via Getty Images)

“If you instead say … let’s reform the police department so that everybody’s being treated fairly. How can we divert young people from getting into crime? If there was a homeless guy, can we send a mental health worker instead of an armed unit that could end up resulting in a tragedy? You know, suddenly a whole bunch of folks who might not otherwise listen to you are listening to you,” Obama continued. (RELATED: Ocasio-Cortez Defends Defund Police Movement Despite Pushback From Democrats)

Democrats in the House reportedly voiced their concerns about the future of the party and the defund the police movement with Speaker of the House Nancy Pelosi in a caucus call after the elections, as Democrats did not expand their majority but instead lost several seats. Democratic Virginia Rep. Abigail Spanberger was reportedly the most vocal, mentioning the defund the police movement, causing Pelosi to fire back and say that Democrats have a “mandate.” (RELATED: ‘We Have A Mandate!’: Pelosi Reportedly Hammers Distraught, Beleaguered House Dems)

Democrats in the House lost a number of seats they were hoping to win on election night, a blow to the party’s hopes of expanding their majority, as some were projecting Democrats to pick up as many as 15 seats. Democratic Michigan Rep. Elissa Slotkin said after the election that there are some serious problems with her party’s messaging and branding.

Other House Democrats, such as House Majority Whip Jim Clyburn, have said the party needs to stay away from a number of issues. If “we are going to run on Medicare for All, defund the police, socialized medicine, we’re not going to win,” Clyburn said, according to Politico.